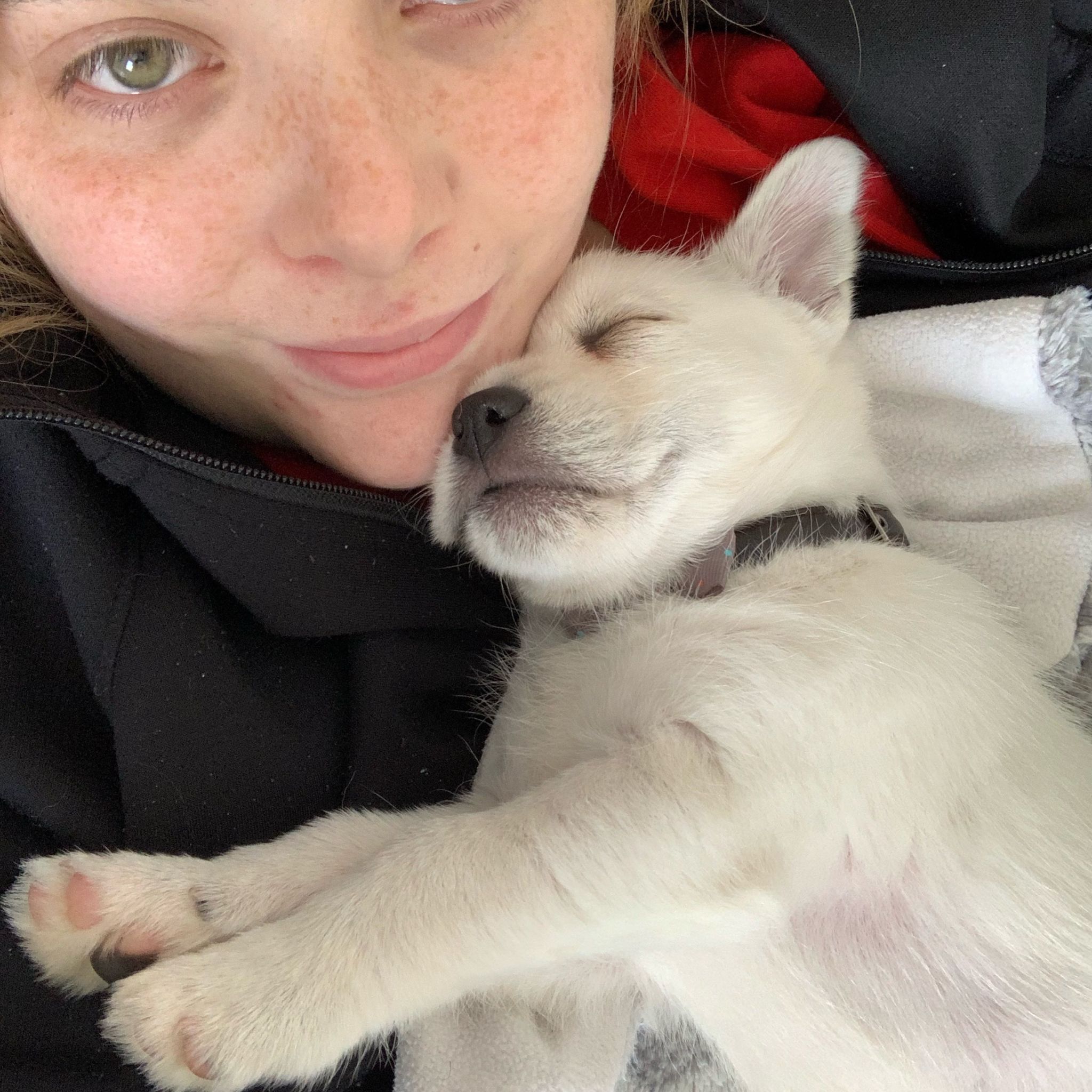 Say hello to Albie! He is the cheekiest little sod but is also one of the smartest dogs I’ve ever met. Within the first week we had managed to get him to learn how to do sit, paw, lie down and spin. We’re working on perfecting them and him being on the leash in the garden, especially practicing his recall.

Albie is the son of Teemo. If you didn’t already know, when I was a student I started using a dog borrowing service called BorrowMyDoggy. Over the years, I’ve borrowed many different types of dogs, but when I met Rob, we both knew how much we both loved westies. So when we saw a small westie puppy who needed puppy sitting and walking we leapt at the chance. Two years later, he’s now a fully grown dog and the father of our puppy!

After a little “happy accident” at doggy daycare, we found out that a pug from the daycare was having Teemo’s puppies. We were asked if we were interested, and we immediately said yes as we wanted to get a little sister for Robbie.

Time passed and unfortunately we had to re-home Robbie, and the puppies had been born. All boys! We’d had an empty of home for over a month by the time it was time to get ready to bring Albie home and we had considered giving up on getting the puppy but the house was so empty, it felt so awful working from home with no company and I was miserable. I had gotten used to having a dog to work into my schedule and having that excuse to go for walks and exercise. Dogs provide so much more than they’ll ever know and we decided to go ahead and focus on getting the house ready for Albie.

I had a look on Google, and apparently the crossbreed name for a pug and a westie is a pestie ( pug + west highland white terrier) however when we’ve been out and about, people have said he should be called a pestie! Haha! He definitely can be one!

Why call him Albie?

So, Albie’s full name is Albus. You don’t have to be a Potterhead to know who he’s named after. I chose it as he is as white as Dumbledore’s beard, I love Harry Potter and most of my favourite quotes from Harry Potter came from Albus Dumbledore. Rob’s not a Potterhead so we agreed on Albie and it’s stuck. I found it amazing when we brought him home the first day that he already responded to his name.

Socialising Albie has been so much easier due to this little bag! I never thought I’d be the person with a handbag dog but I am so glad I bought one. When I asked friends how they socialised their young puppies who were 12 weeks or under and not fully vaccinated, they said they took them out in blankets and carried them. All I could imagine is him wriggling free, splatting on the pavement or getting trampled. So when I was pointed in the direction of a Me and My Pets Travel Bag, I thought ‘Perfect!’ It’s spacious enough to be a bed for him, with a zip and clip to keep him nice and safe and is made of hard-wearing enough material to survive little puppy teeth nibbling at it as he goes about his day! And the best part? SO AFFORDABLE! We got a decent wee haul from that website for Albie. 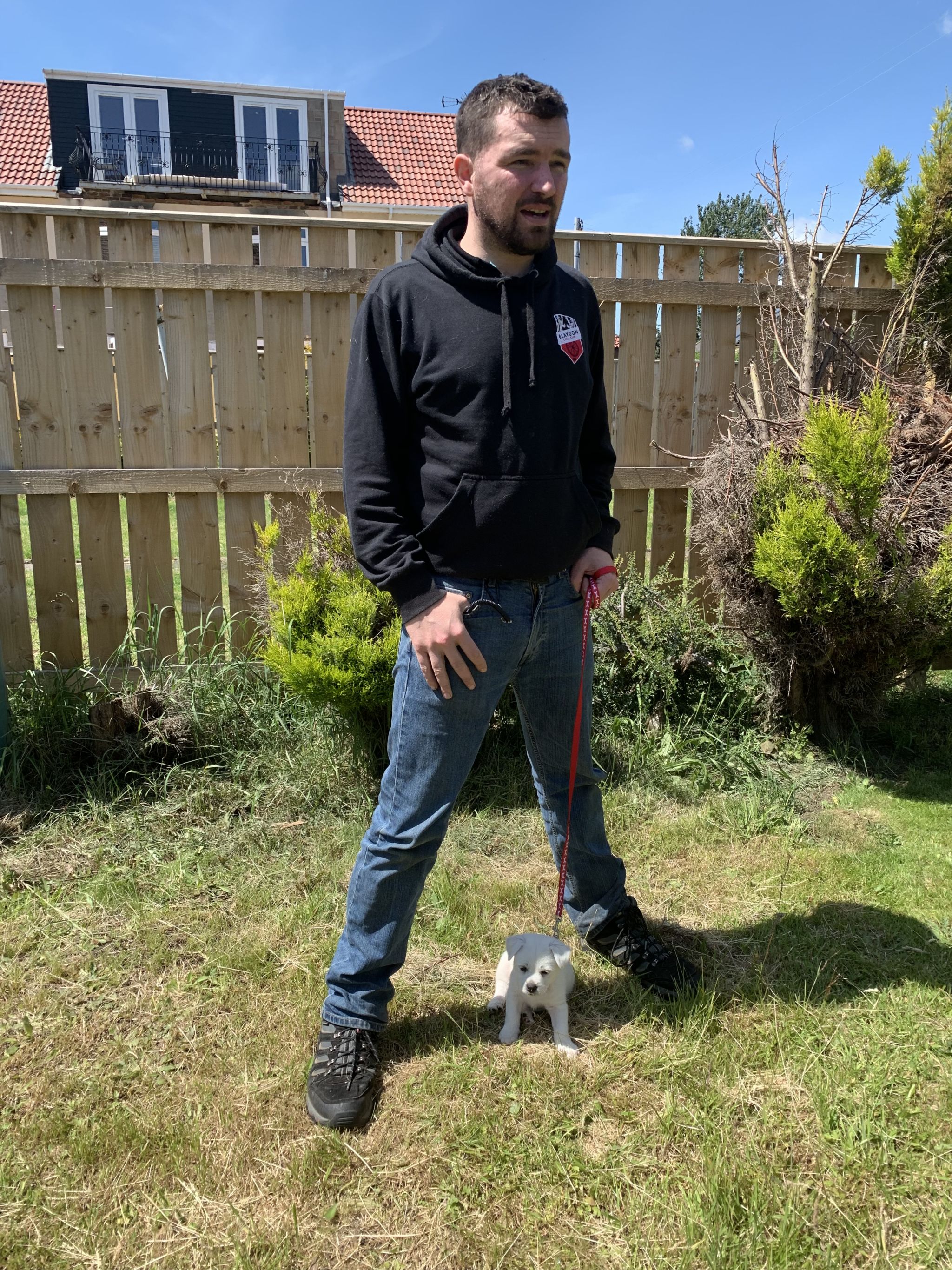 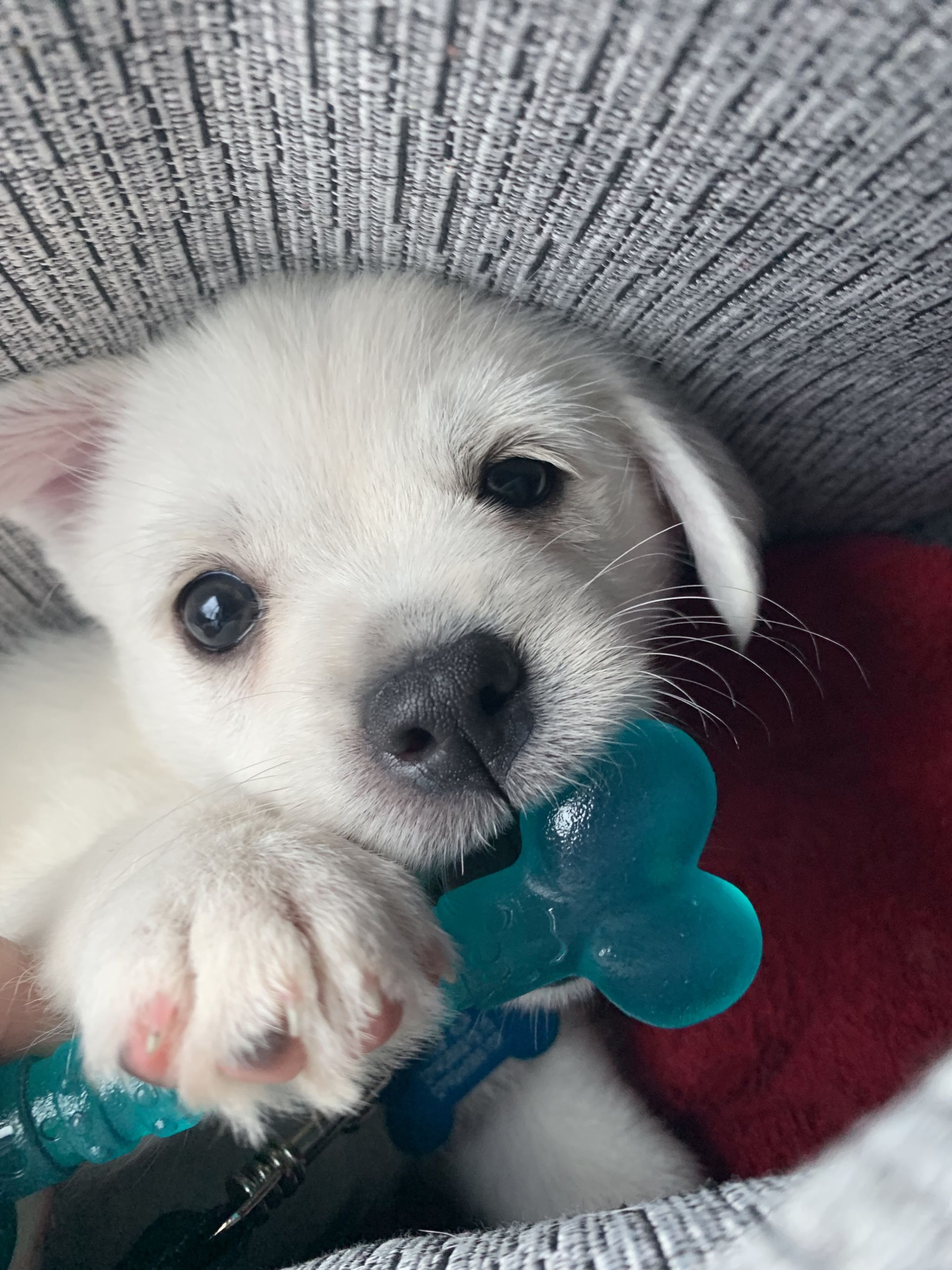 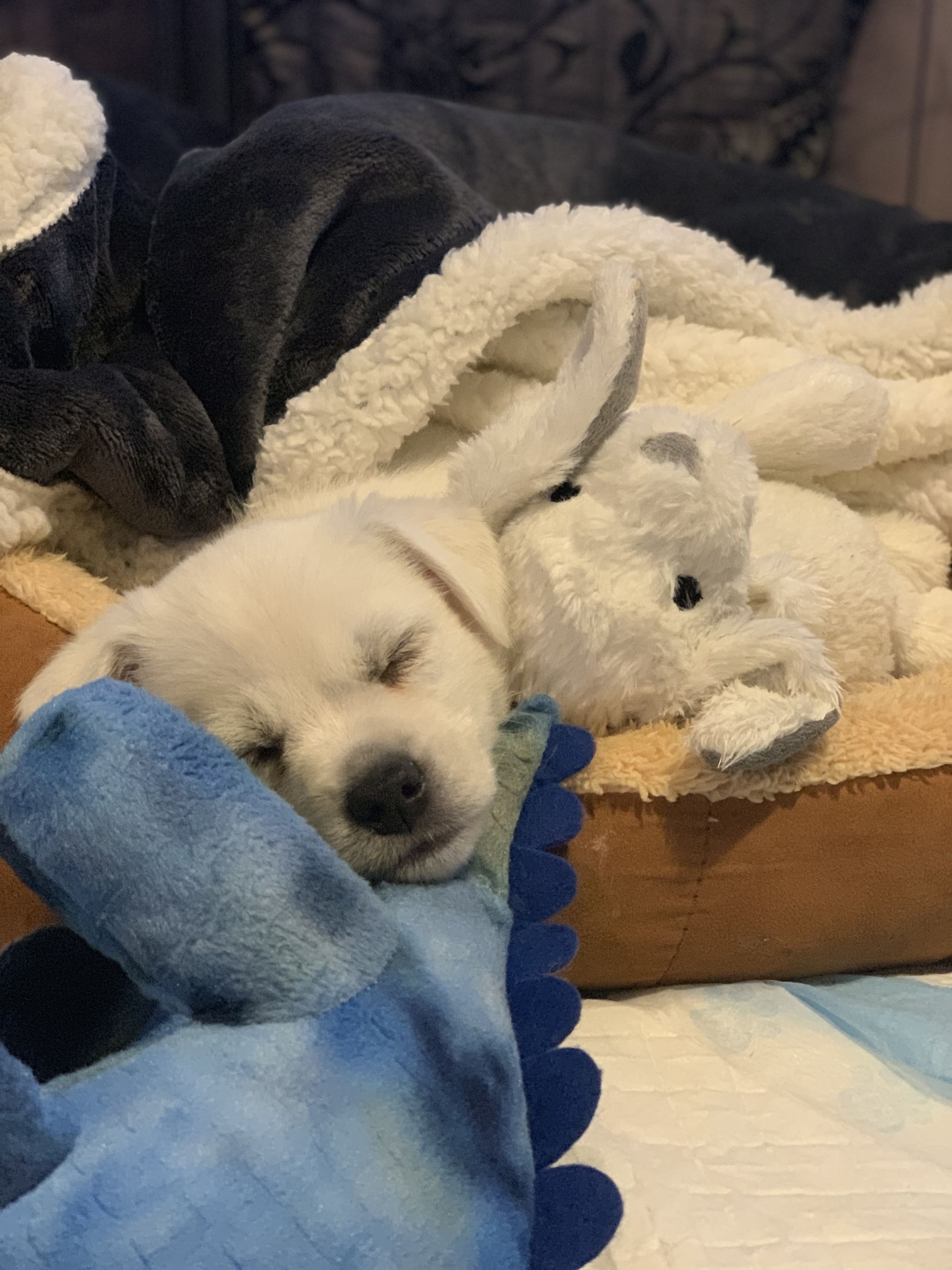 Albie has already gotten so big in the two weeks we’ve had him. He’s already tried tackling the stairs which was so cute but nerve-wracking. He only got a few stairs up, but I definitely think we will be installing a dog gate sooner rather than later.

He’s already a well-trained pub dog, and has been out and about round our favourite dog friendly pubs in the area. He gets so much fuss and attention when we’re out, so there’s no doubt he’s going to be a well socialised dog!

Get ready to see a lot more posts about this little monster! You can follow him on instagram here at @albiethepestie