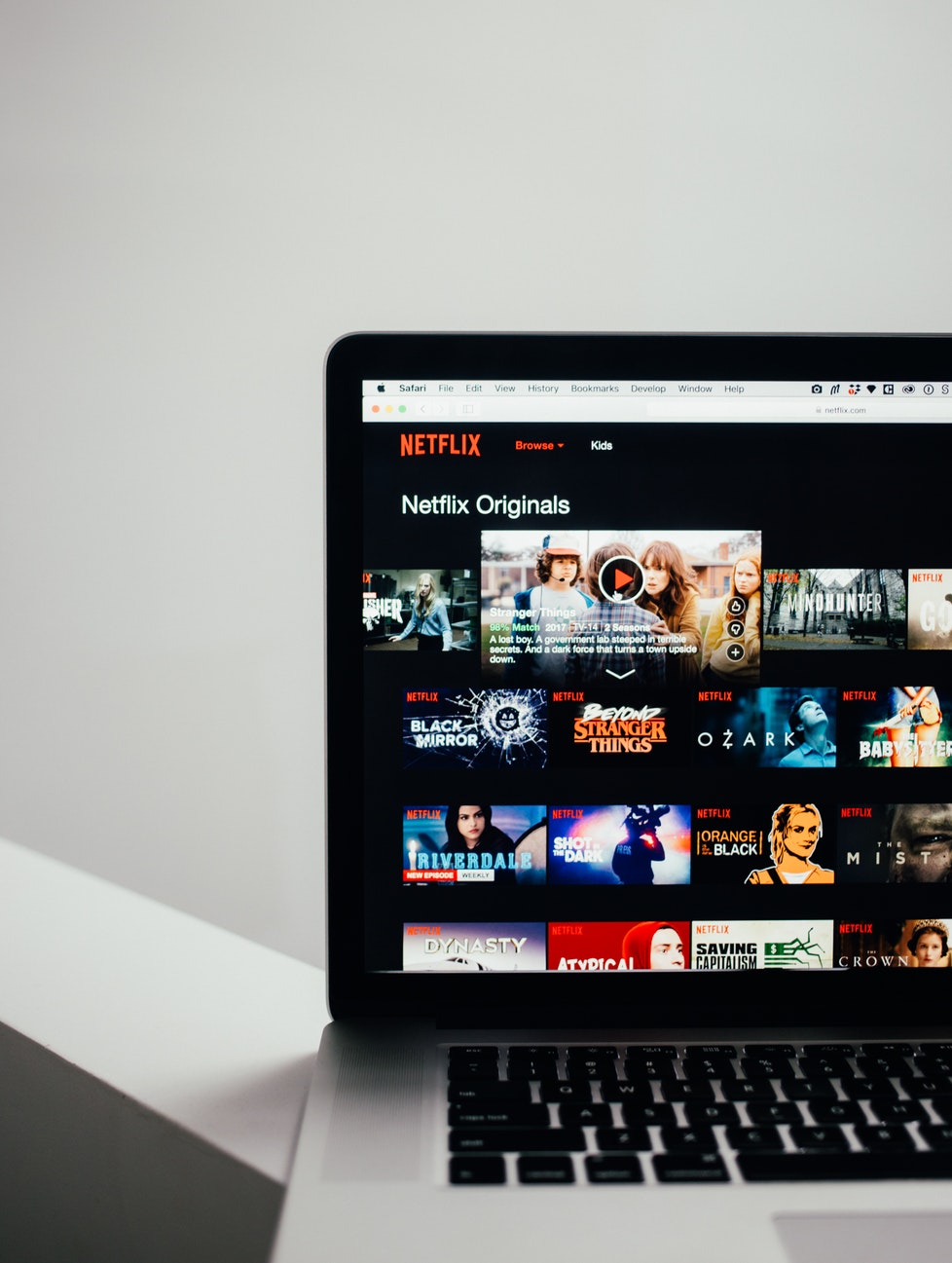 For someone who spends a HUGE amount of time streaming programmes whilst I’m working or chilling, I really don’t talk about them all that much. So today I thought I’d share with you some programmes I have been really getting into recently! 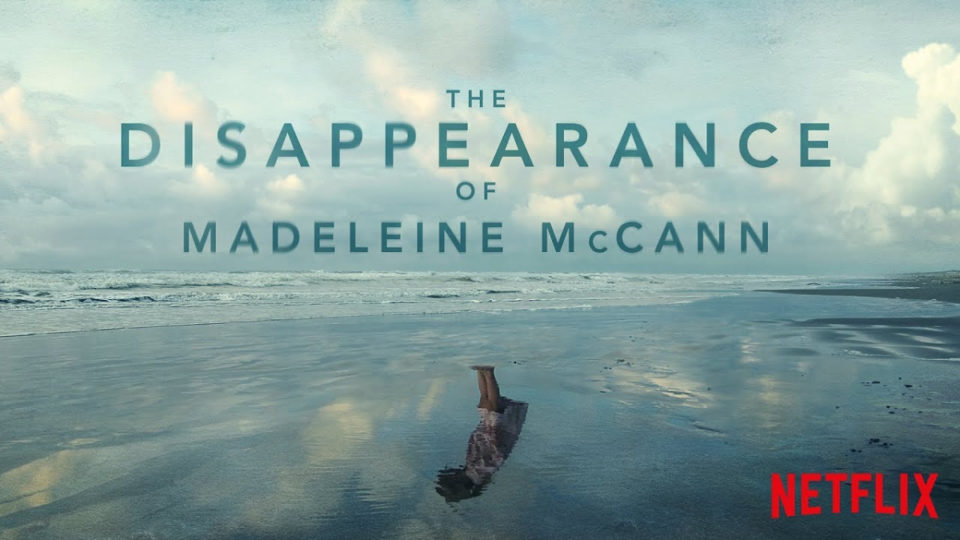 The Disappearance of Madeleine McCann

Diving into the deep end right now! If you don’t want to read my thoughts on this carry on down to the next title.

‘The Disappearance of Madeleine McCann’ who hasn’t been watching this docuseries?

It’s always going to be a sore topic of discussion on social media with so many people with so many opinions. I was actually super shocked that the docuseries aired on Netflix. As someone who watches a lot of crime dramas, documentaries etc I willadmit i’ve never watched much to do with Madeleine McCann. I was only a teenager when she disappeared and back then i wasn’t watching tv anywhere near as much, so this docuseries was quite interesting. No matter what the outcome is, whatever the reason she’s gone, I really hope that one day we find out what happened to her. I’ve found watching it fascinating and seeing all the theories online has been so interesting!

I’m writing this blog post and catching up on Season 11’s newest episode: Trump: The Rusical. I say catch-up, I mean my in-depth viewing. I’ve seen it already but I always rewatch it before the next episode as I always forget what’s happened.

“Shoju’s back?” is like the one line I’ve found funny so far by the showboating Silky. Now, I know the magic of editing can make anything look worse than it is but everyone’s reaction to her behaviour has made me feel annoyed whenever she makes the spotlight on her. But kudos to her too, you gotta be brave to run at a super celebrity like Miley Cyrus and pick them up then piggy back them round the work room! I remember watching it and going my god I hope Miley has insurance in case she’s dropped lol

I am beyond happy that VANJIE IS BACK! all I’m going to say is .. “Socopocatico money-laundering network…” I love her vanjie-isms!

AND SOME OF THOSE LOOKS THIS SEASON! BLOWN AWAY!

And a Trump musical… oh my god yes. DRAG HIM!

If you don’t know me in real life you may not know that I am beyond obsessed with Rupaul’s Drag Race. ( Fun fact, I used to feel uncomfortable about drag queens as I didn’t understand it all, now it’s probably my most watched programme on Netflix) I’m obsessed with the challenges, the looks, the makeup, the artistry!

(PLEASE IF YOU’RE A RUPAUL’S DRAG RACE FAN, TALK TO ME IN THE COMMENTS OR OVER ON TWITTER!)

A programme that is all about transforming people’s homes, self confidence, relationships and appearance? YES, literally all my favourite types of shows! Presented by some of the most adorable people I have ever seen? AN EVEN BIGGER YES.

I’ve binged all of series 3 this week and I love it so much. Watching people regain that sparkle and excitement for life has to be one of the most motivating things-a perfect programme if you’re feeling a little down in the dumps yourself!

Every single member of the Queer Eye team are amazing! Tan I love for his pure honesty and obsession with a french tuck, Karamo is also super honest, warm and wise. I LOVE Bobby’s design work, I mean he pulls off entire house makeovers! Jonathon is just full of LIFE! Antoni is beyond adorable and his passion for cooking has definitely made me hungry when watching some episodes. The porchetta he made this season, omg yes!

I have to admit, it’s been part of my inspiration as to how to tackle my own life. By tackling my own unhappiness in my own life with a similar approach to the Queer Eye approach of : Culture, Design, Fashion, Grooming, Food and Wine. I’ve made some goals in these areas for myself and slowly ticking them off my list is definitely making me feel like a better version of me!

Tidying up with Marie Kondo

If you haven’t heard of Marie Kondo, then you’ve been hiding under a rock. This tiny Japanese woman is responsible for me being annoyed by Rob at least 3x a day when he randomly goes ‘Spark Joy!’ whenever I do anything!

I also bought her book and I am still reading it. (I’ll do a blog post about it later). I really enjoy the programme as there are little segments that show you how to fold things her way. You see how her method can help lots of different people in different living situations.

I think my favourite thing about this programme is watching the Japanese and American cultures collide. Marie is all about respect and love and it may be a bit mad hearing someone talk about ‘thanking’ clothes- but it shows how wonderful the way she views the world is. Watching this programme has given me a kick up the bum to declutter our house and also taught me to respect my life a lot more.

This programme has made me obsessed with boxes and folding!

I think a lot of the time we forget just how lucky we are. This programme made me realise that yes life is hard, and juggling Money, work, relationships and life problems is so hard! But having a home is something so wonderful to have!

I’ve become obsessed with her and followed her on social media and i’ve just bought her book.

If there’s any programme that Rob and I are going to stick on for the millionth time when we cuddle up on the sofa or whilst we’re having dinner, it’s going to be Still Game. Even my parents watch this!

If you didn’t know I was born in Glasgow, I’m from a Scottish family and lived in Scotland until I was 5. So finding out there’s a hilarious Glaswegian comedy on Netflix i had to watch it! There’s nothing quite like hearing your own slang, and the accents you used to be surrounded by! I find watching it quite relaxing because of the Scottish element.

But I adore this programme because it is a perfect mix of hilariousness and reality. It does bring to light issues that pensioners face, and the importance of good friends in hard times. If you haven’t seen it, it’s about Jack and Victor, two men who have been friends since childhood and who are ‘still game’ and still getting up to mischief. Go and give it a watch and let me know what you think!

Do you have any Netflix recommendations?