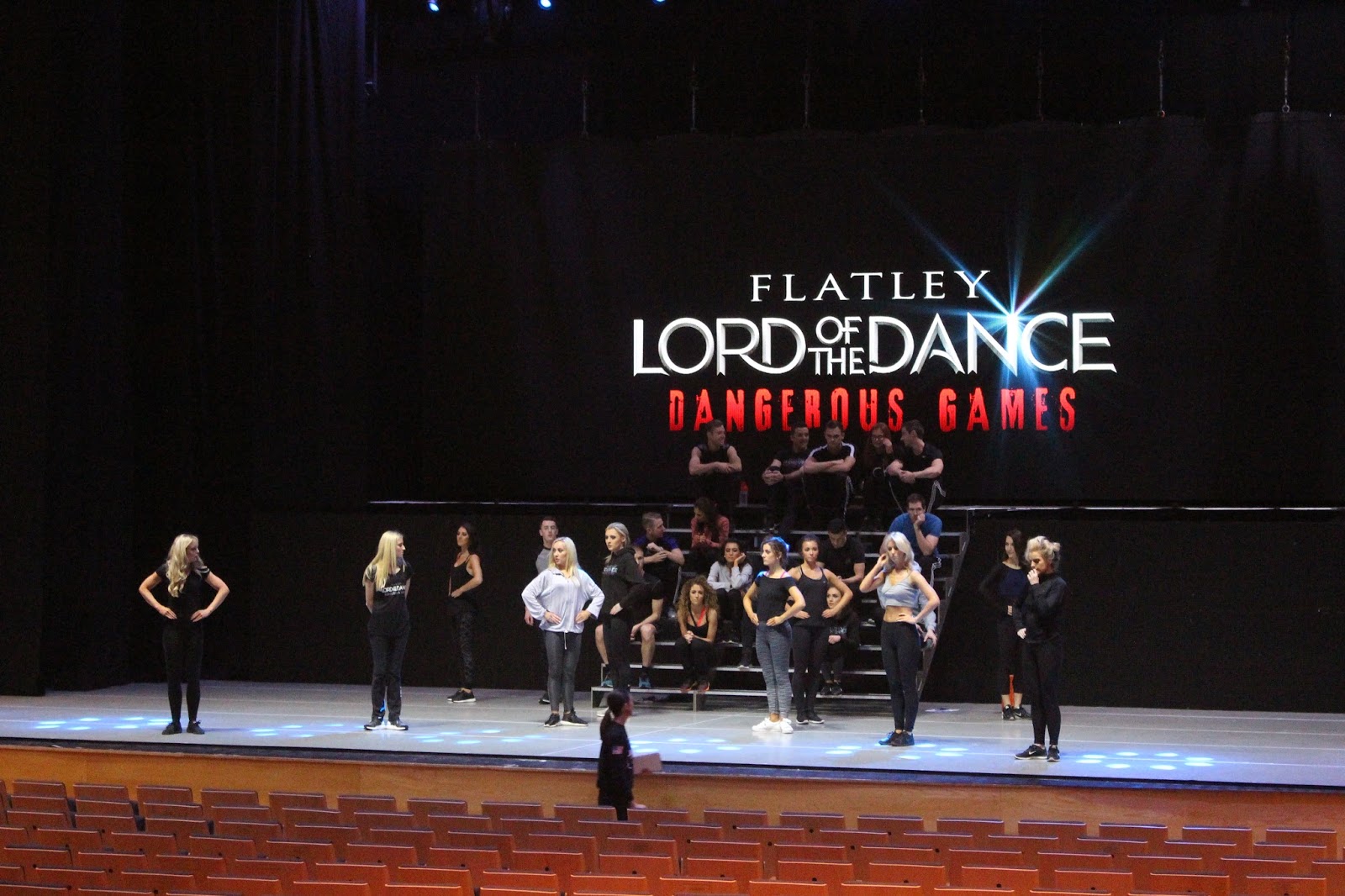 Hello there! So tell us a little about yourselves and how you got into dancing.

JK: I’m James Keegan and I’m dancing the role of Lord of the Dance tonight. I’ve been with the company about 13 years which makes me one of the longest serving dancers in the company. I started dancing when I was four years old.

MM: I’m Mary Mirasola and I’m dancing the role of Morrighan the Temptress.
I only joined the troupe six months ago but I’ve been dancing since I was about three. I started because my parents were interested in having a kid that did Irish dancing so they threw me into it and here I am! I’m a long way from home, I’m originally from America so being away from home can be a bit tough not seeing your family everyday but we’re all pretty close in the troupe so we’ve got like our own little family.

So why did you choose Irish dancing?

JK: I was born in Manchester and both my parents are Irish and so it was just a part of keeping up family tradition and to our roots.
Within the cast, if you’re not from Ireland you tend to have an Irish connection somewhere that got you into it. It was really important to keep the culture going within the family. We did Irish music and dance and then when Riverdance appeared; it was something for us to aim for professionally.

Irish dancing is quite a focused style; do you dance other styles of dance?

JK: For most of us it’s mostly just Irish dancing because it is so technical and strenuous that you only really have time to focus on that. Like with Mary’s parents wanting her to do it, we have seen a huge rise in popularity for Irish dancing. It’s become so popular now and people just want to get involved whether they’ve got a connection or not.

MM: I started gymnastics at around the same time as I started Irish dancing and did it for about 10 years.

So what has been the highlight of your careers so far?

MM: Tonight for me will definitely be one of them. I’m performing for all my family and friends right here in Newcastle! About 100 of them or so are coming to see it tonight.

JK: I have loads; I mean I’ve been dancing it for 13 years! When the show was revamped to Lord of the Dance: Dangerous Games in 2014, we opened in London’s West end, which was just amazing. Then we had a run on Broadway in New York which was like something from a dream. We’ve toured all over the world with it and that’s a highlight of the job itself.

So James, what was it like being told you’re going to be dancing the part of Lord of the Dance?

JK: Oh it’s such an honour. It’s a massive role and big shoes to fill so you do feel a lot of pressure. But I am really proud of it, I watched it as a kid and never thought I’d be in the show let alone be the Lord himself. You do have to pinch yourself sometimes but you also have to remember to enjoy it! It’s a great feeling coming out to supportive crowds every night. It’s such a good buzz!

And for you Mary, performing in your hometown! Is it more pressure than a normal night?

MM: No, I’m not letting the pressure get to me, I’m really excited! I think I’ll perform a bit better in front of people that I know and people that have seen me throughout the years working hard to get up there on that stage. A lot of my family have seen me perform before, but they’ve never seen me perform lead so tonight is a really big night for me! 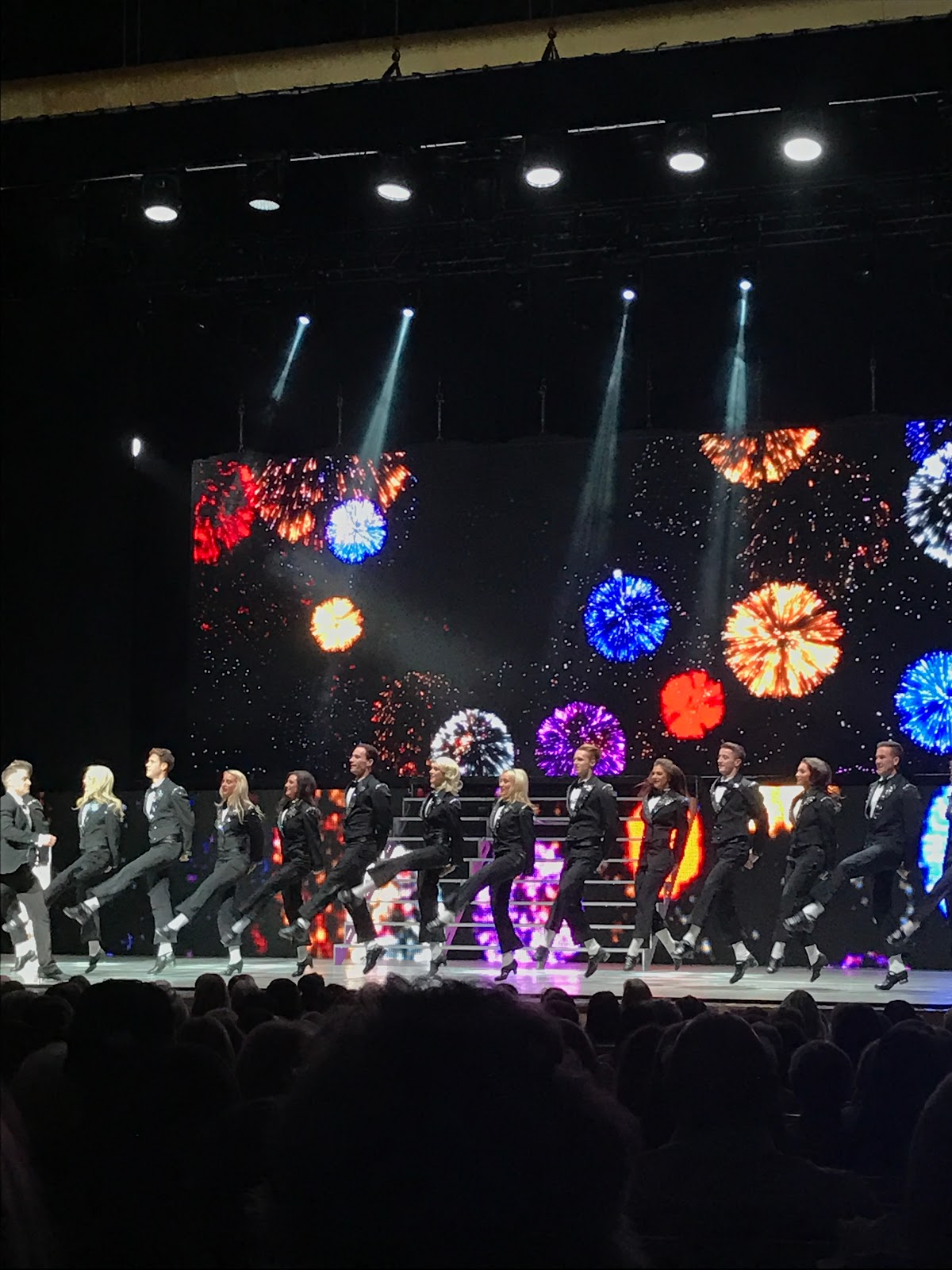 So tell us a bit more about life on tour!

JK: Well this is a four-month tour and we perform six days a week. It’s pretty tiring but fun. We travel as a troup and we’re all friends so it’s not so bad being on the road together. Today was a travel day, so we were on the bus for three hours, grabbed lunch and now we’re marking up for this new stage here in the Sage. As we’re here for the next few days we’ll have some time to ourselves to go out in the city.

So tell us a little bit about the lifestyle of a dancer, what’s your diet and training regime like?

JK: We travel a lot so it’s mostly common sense. We’re often in cities so we’ll stop for food at chains like Nando’s or Wagamama’s where we can get something fairly healthy to eat.  As for training, it’s quite hard on the body. We have to do a lot of stretching, ice baths. We call them ‘Ice Beasts’ – just a massive ice bucket that we stand in up to our waist for about ten minutes, theyre horrible but we need to do them to take the inflammation down. They’re such a big help!

MM: Yeah, you can really feel the difference the next day once you’ve taken one of the ‘Ice Beasts’. The hardest part is definitely just making sure to take care of yourself all the time.

Okay, so you’re professional dancers, surely you’re
going out on the Toon and putting others to shame whilst you’re here?

JK: The girls might but I’m definitely not going to! I’m actually useless at dancing any other type! I’m really not a mover on the dance floor, I’m the exact opposite! Bit like a robot!

MM: It depends if people ask! I think us girls will let loose and enjoy it a bit more than the boys will!

So you’re here in Newcastle for the next few days…what are your plans?

JK: Over to Mary she’s the local!

MM: We’re going to go down to Grey Street and do a bit of shopping! Take a little walk down the Quayside. I wish I could take them to the Quayside market on Sunday but sadly we’ll be gone by then! My favourite places to go for a night out in Newcastle is Lady Grey’s, it has great beer and a lovely atmosphere!

And with that we let them get back to their rehearsal whilst we collected our tickets ahead of the show! Click here to read my review.

A huge thank you to James Keegan and Mary Mirasola for taking the time out of their rehearsal for this interview!

*This post was written by me as a guest blogger for Nights out in Newcastle but I have reblogged it back to my own blog for my own purposes.*