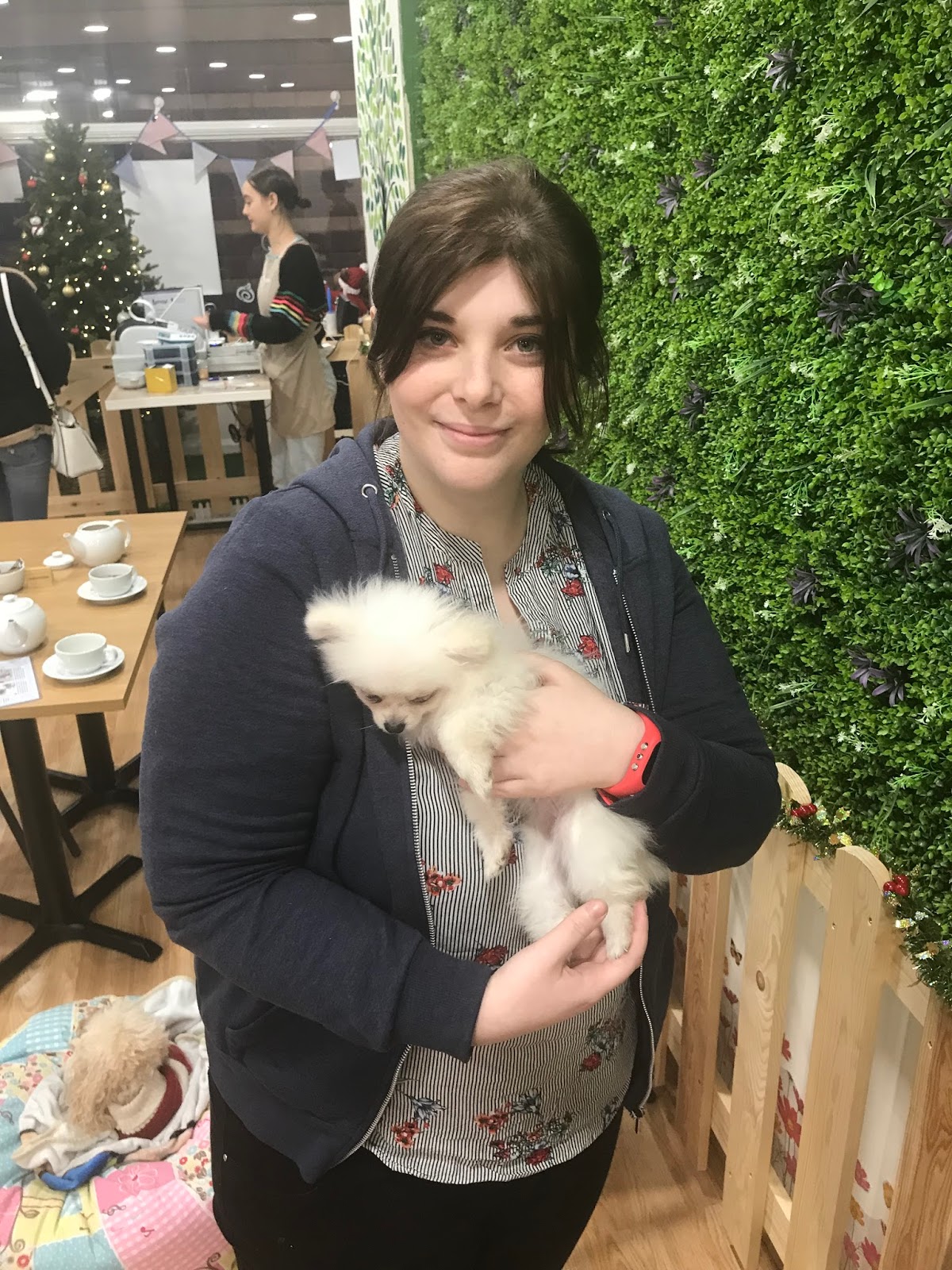 I cannot believe I’m now 24. It really does feel like the past few years have slipped away without me really noticing them! As I type this, I’m looking above my wardrobe at a canvas my parents had printed for my 21st. On it are loads of family pictures of me over the years, some from Disney, my first day at secondary school and my embarrassing toothy gap from when I was seven! I cannot believe I received that three whole years ago…

This year I really wasn’t sure about presents or even a plan for the day. I went a bit mad with the student loan and spoiled myself so I had no real idea what to ask for! I kind of wanted to sweep the day under the rug mostly and just focus on work but I’m really glad that didn’t happen! I felt a real mixed bag of emotions about turning 24. There’s so many things on my list that i’ve yet to do and have written out a list for the next year! ( That’s another blog post!)

I was really looking forward to it because we were going to The Dog and Scone – Newcastle’s dog cafe. Excited wasn’t the word, especially when I found out that they had a corgi. (I’m forever sharing corgi videos).

When we arrived, I was a little nervous but as soon as I saw them all running around and playing I couldn’t wait to cuddle one! 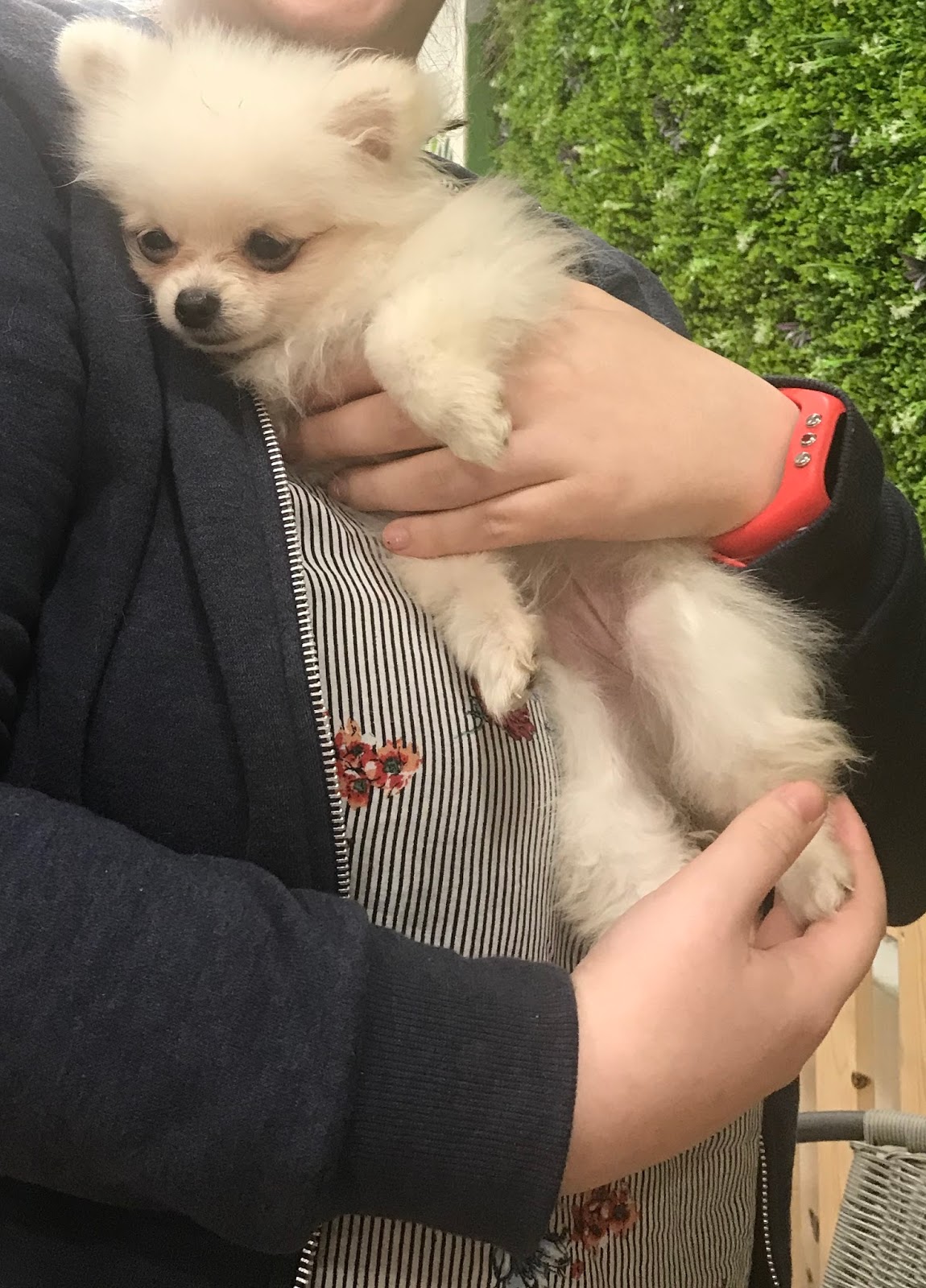 The first dog I got to hold is teeny tiny little Sugar, a teacup pomeranian. Now, if you’ve followed me for awhile you’ll know I’m wolf mad. German Shepherds are a close second. I really didn’t think I’d find a teacup pom so cute that I was nearly in tears when she decided to cuddle into me! I have to admit, I was kind of in love with her by the end of our visit- mostly because she really doesn’t care about how small she is! She’d start fights with the other dogs over the beanbag and none of them would bother with her. I was slightly scared of her size when Rob picked her up, she was smaller than his hand!! 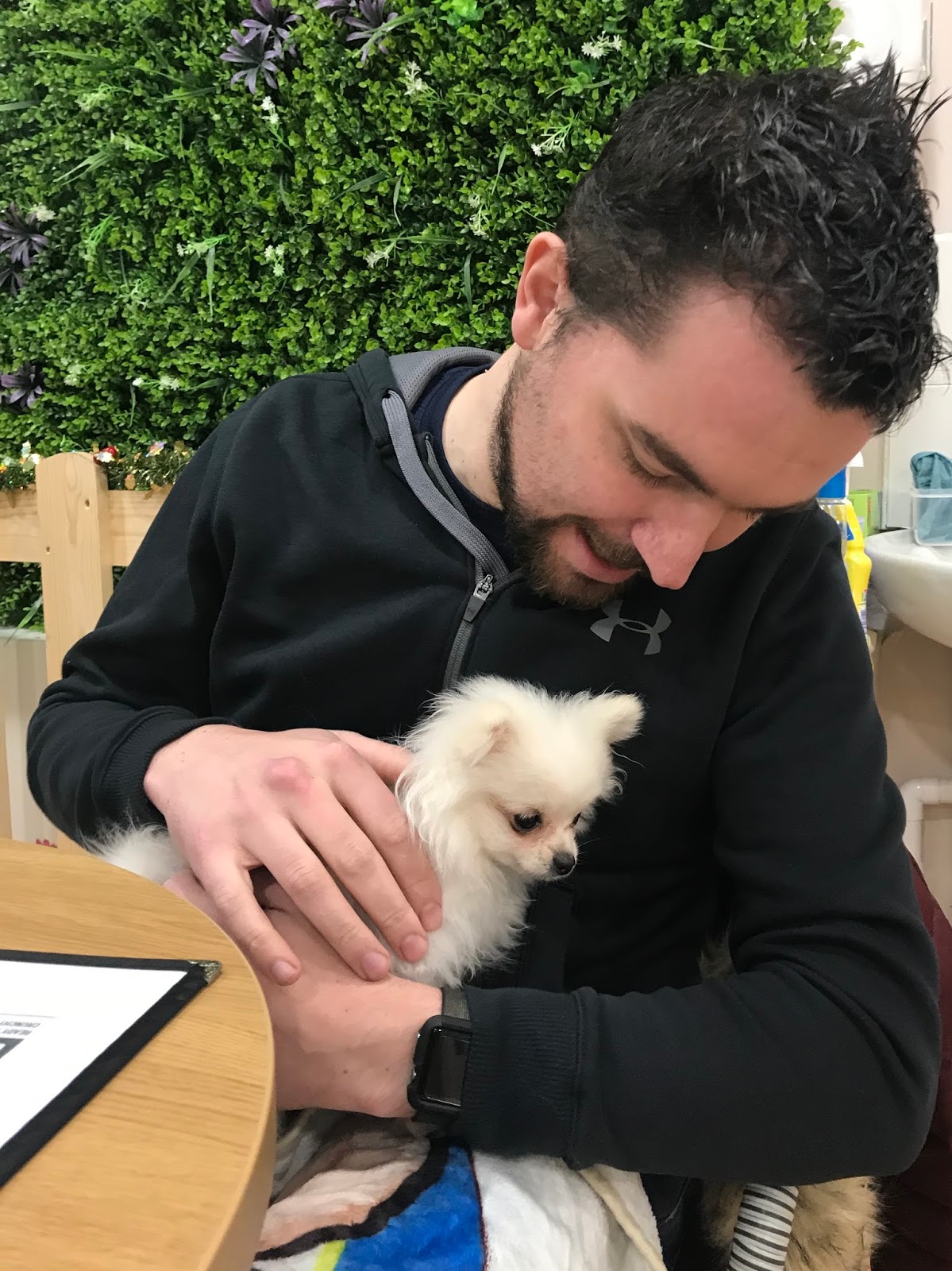 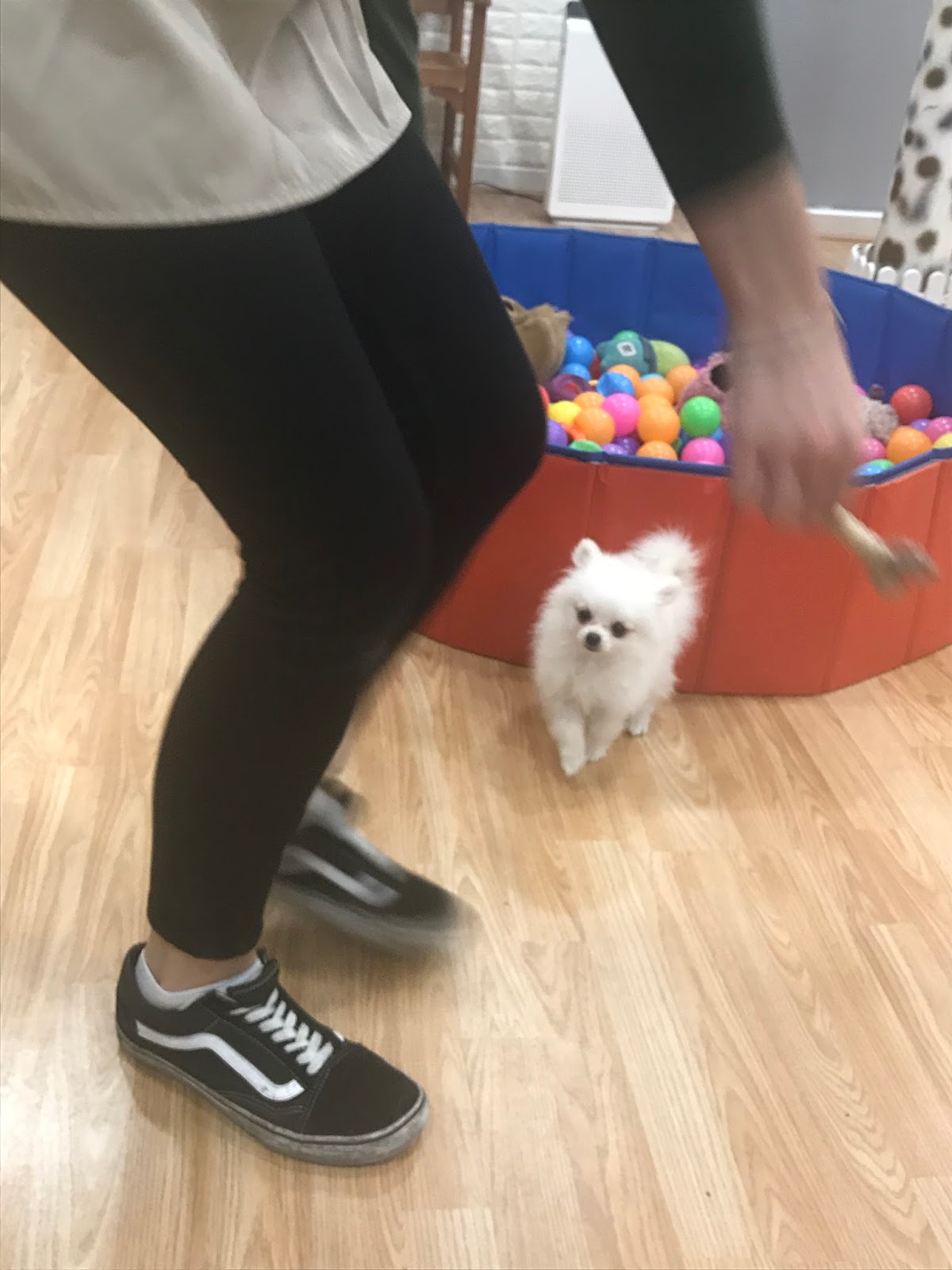 We ordered some pretty delicious ham and cheese toasties and I was really shocked to be surprised with a huge slice of red velvet cake! IT WAS DELICIOUS! I had no idea I liked red velvet cake until now, and I know for a fact it’s going to be my birthday cake next year. 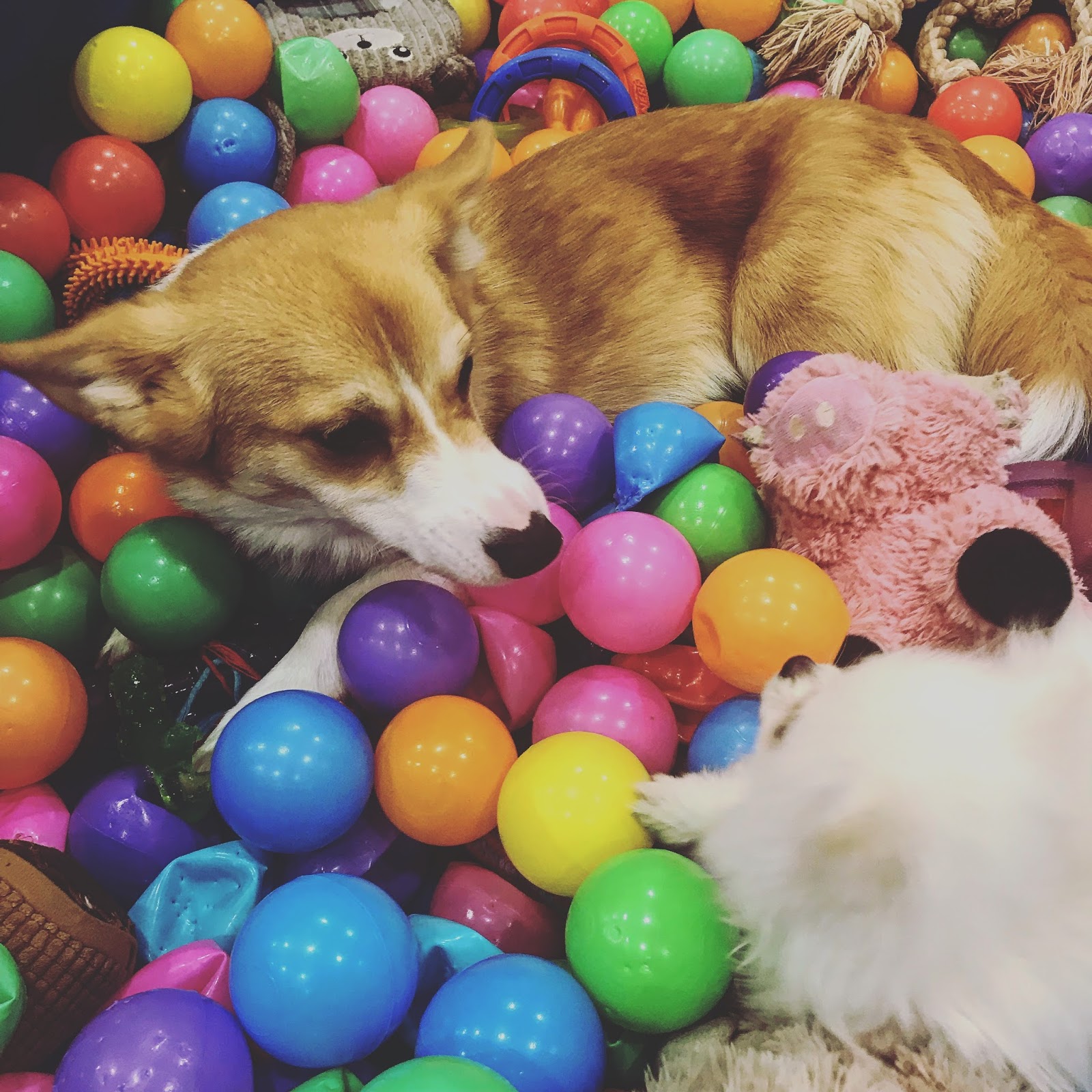 Okay.. here’s the bit I was so excited for!! I MET MY FIRST CORGI!

Coffee the corgi is the only boy dog at the cafe and it kind of showed. He just wanted to play all the time and ran around on his own bossing everyone about and getting moody because no one would play fetch. He soon perked up when one of the girls started chucking his rope ball about! I had always thought corgis were small dogs, but he ruled the roost there and was definitely one of the biggest dogs! I was a little saddened that he didn’t really want to be cuddled but I did love that he was totally his own dog and had plenty of energy- something I really admire about the breed and makes me really want to get one one day. I got a slight lick when I went over to say goodbye too!

I was very surprised by how taken I was with the little yorkshire terrier, Yuki. Not really my sort of dog at all but when she ended up in my lap she fell sound asleep and I found myself excitedly whispering to Rob to get a picture of her. 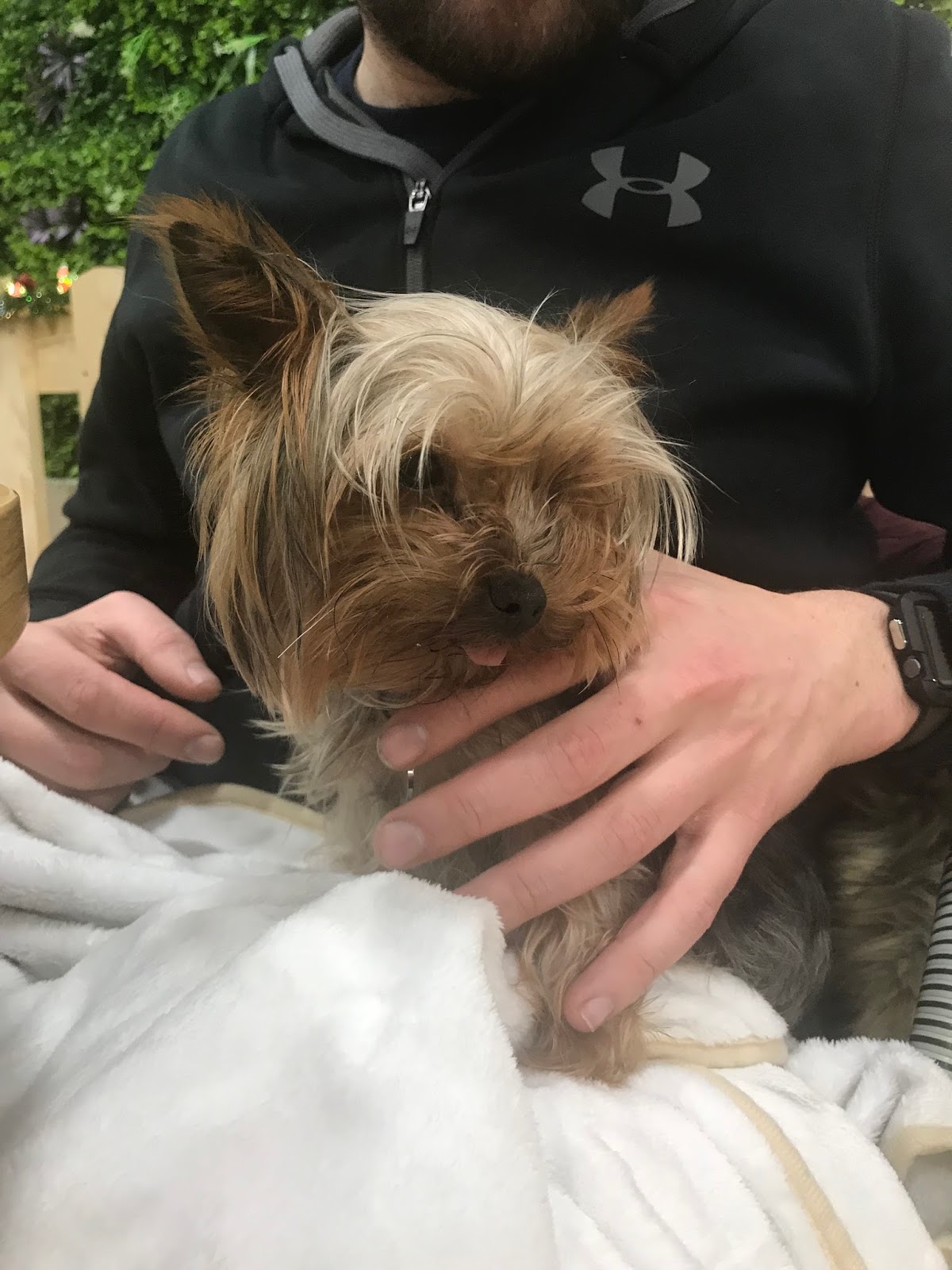 After spending a bit of time playing with them all and cuddling them it was sadly time to leave.
But it was now time to head out with friends and have a few drinks to celebrate! A rare occurrence for me!

We ended the evening with some snacks and chocolate cake watching netflix and to be honest it was a great end to a lovely day!

Monday was spent scurrying around the metrocentre buying birthday pressies and I was well and truly spoiled this year by everyone! Lunch and a pretty sizeable Lush and Body Shop haul later, I was on my way home back to post-birthday masters work reality- a 2,000 word essay due in on Thursday!

I’m so glad my 24th was as good as it was as it’s put me in such a positive, excited and motivated mood for the year ahead and has just made me love everyone close to me all that little bit more! 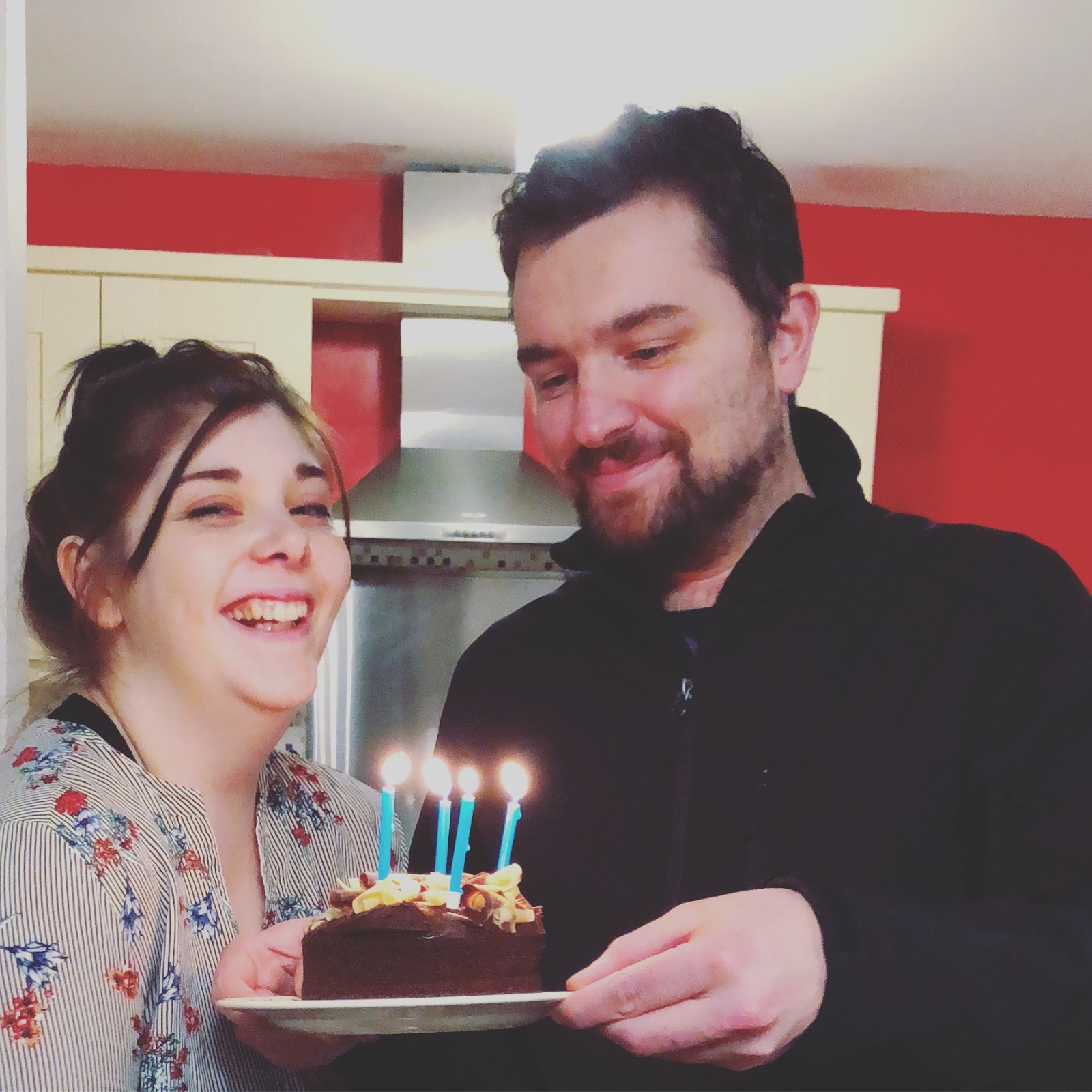