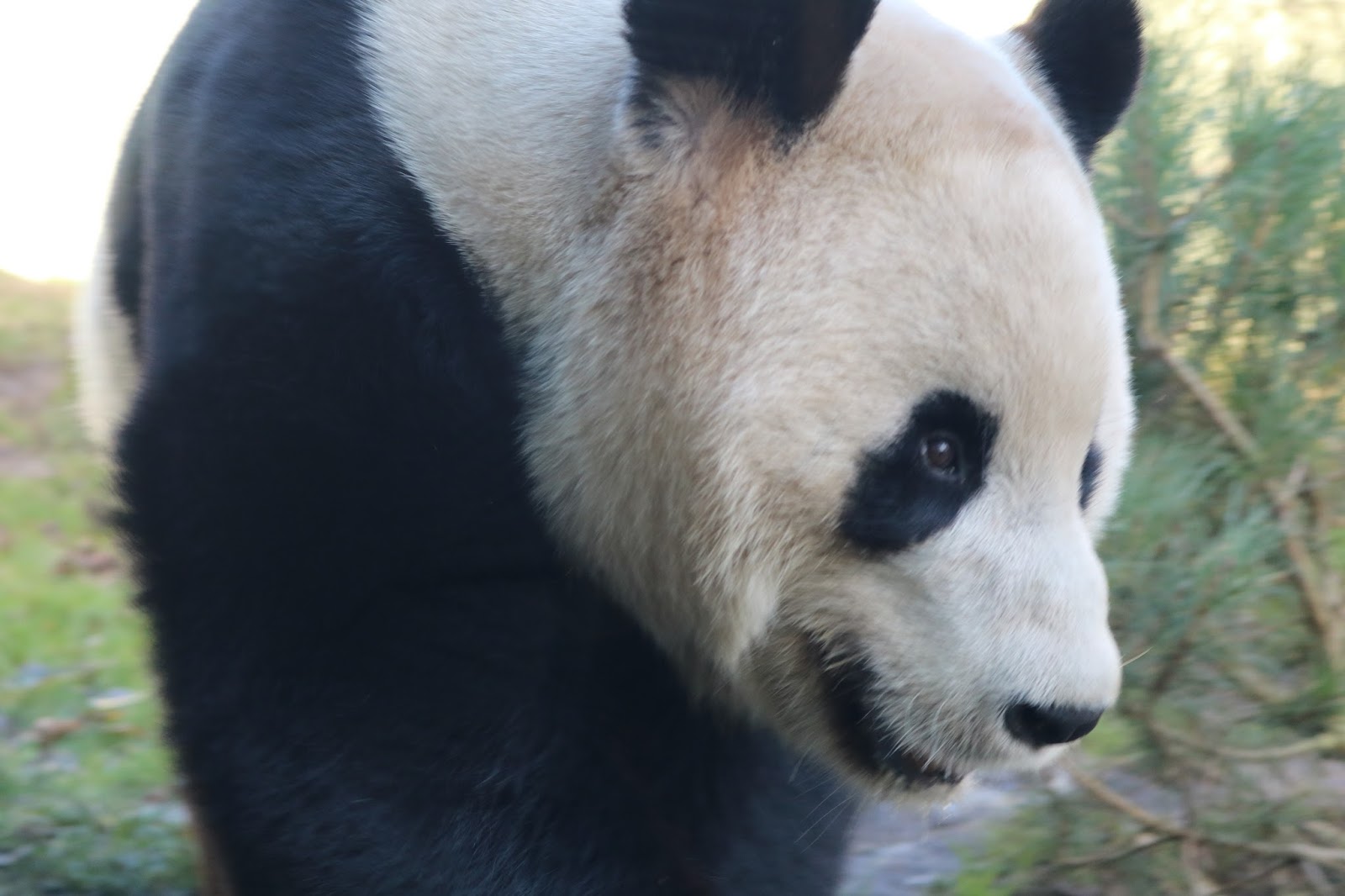 Ever since I knew there were going to be Pandas at Edinburgh Zoo, I wanted to go. That dream finally came true two years ago, when I first got to see them. When we decided to go on a few days up to Edinburgh, I booked the zoo tickets before we had even booked the hotel…

On our second day in Edinburgh, we made our way to the zoo. In all honesty, this was the part of the trip I was so excited for. I loved being there the last time I went, but I was afraid that the awful weather was going to put a dampener on our day out.

We took the local bus right to the doorstop of the zoo and checked our extra bags into a locker. Upon arrival, we were informed again that we wouldn’t be able to visit the penguins or go inside the aviary due to the avian bird flu scare in Scotland. I have to admit this was a little disheartening as when we got to penguins, they were all huddled together and all I wanted to do was get up close and get some good photos of them! 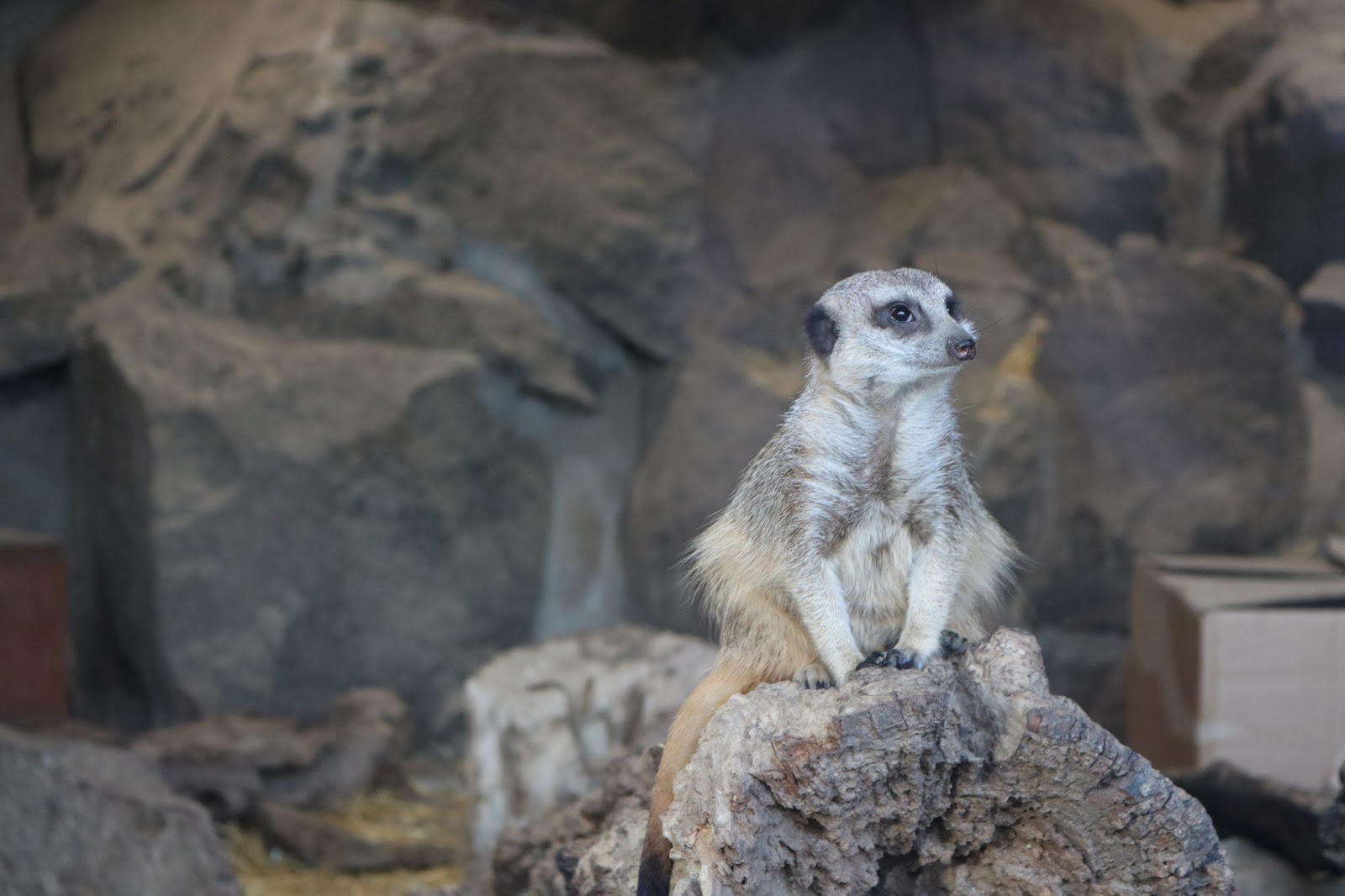 Straight through the door and up to see some of my favourite animals- the meerkats.
We saw a pattern begin to emerge here- staying indoors in the warmth! All the meerkats were inside their house, rustling through the straw and jumping around their rocks. I gave a little tap at the window and was met with a rustle and about four or five of them running right over to their heat lamp. 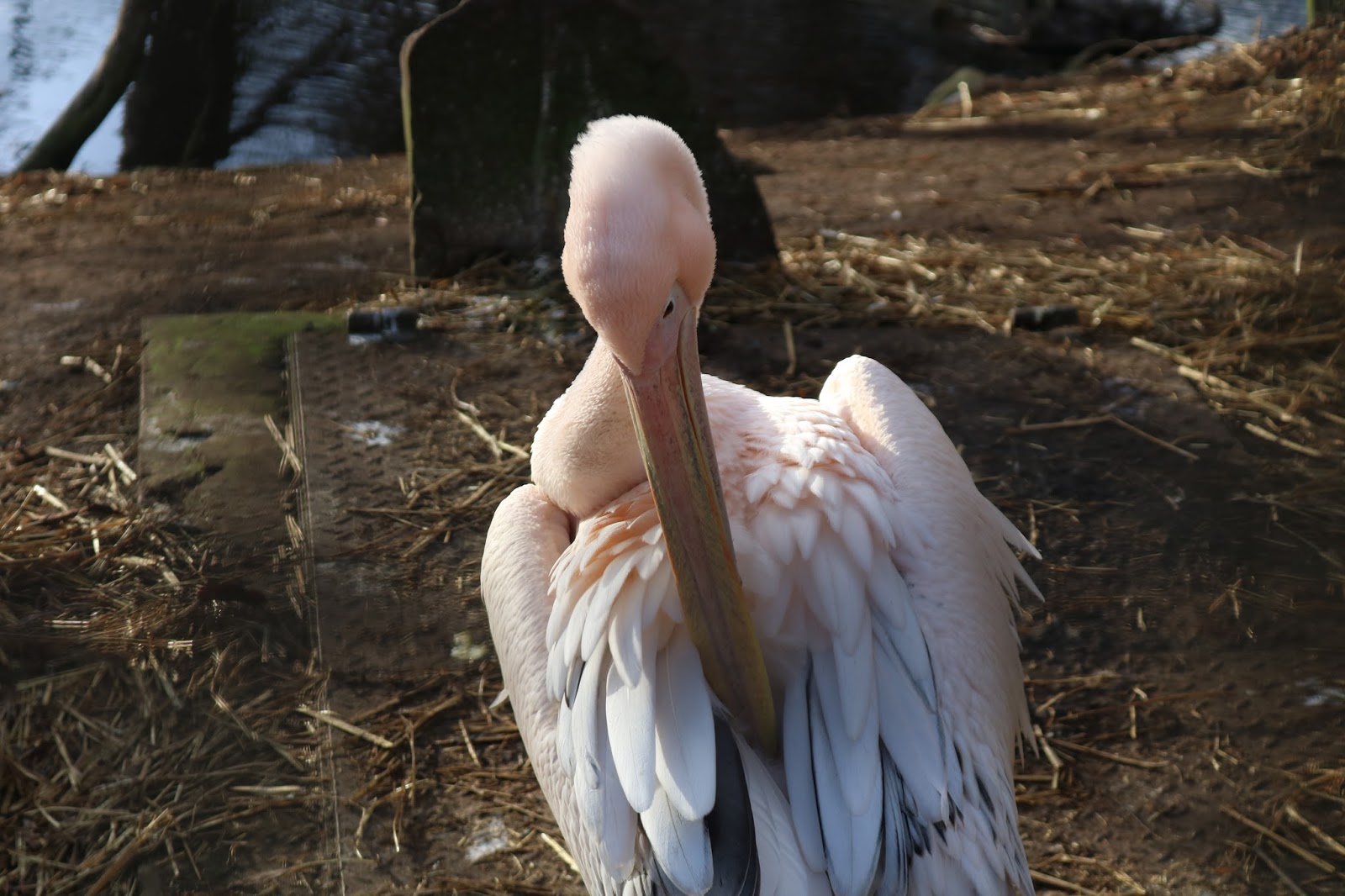 We arrived just after midday after a quick trip to the shops to get some warmer clothes! We were booked in for a Panda viewing at 2pm,  so we took the time to hang around the closer exhibits taking lots of photos. I now had my Iphone 7 and took the opportunity to test the camera out. Rob had his new Canon 750D to test out.

After the meerkats and Pelicans we headed up to the painted dog enclosure. 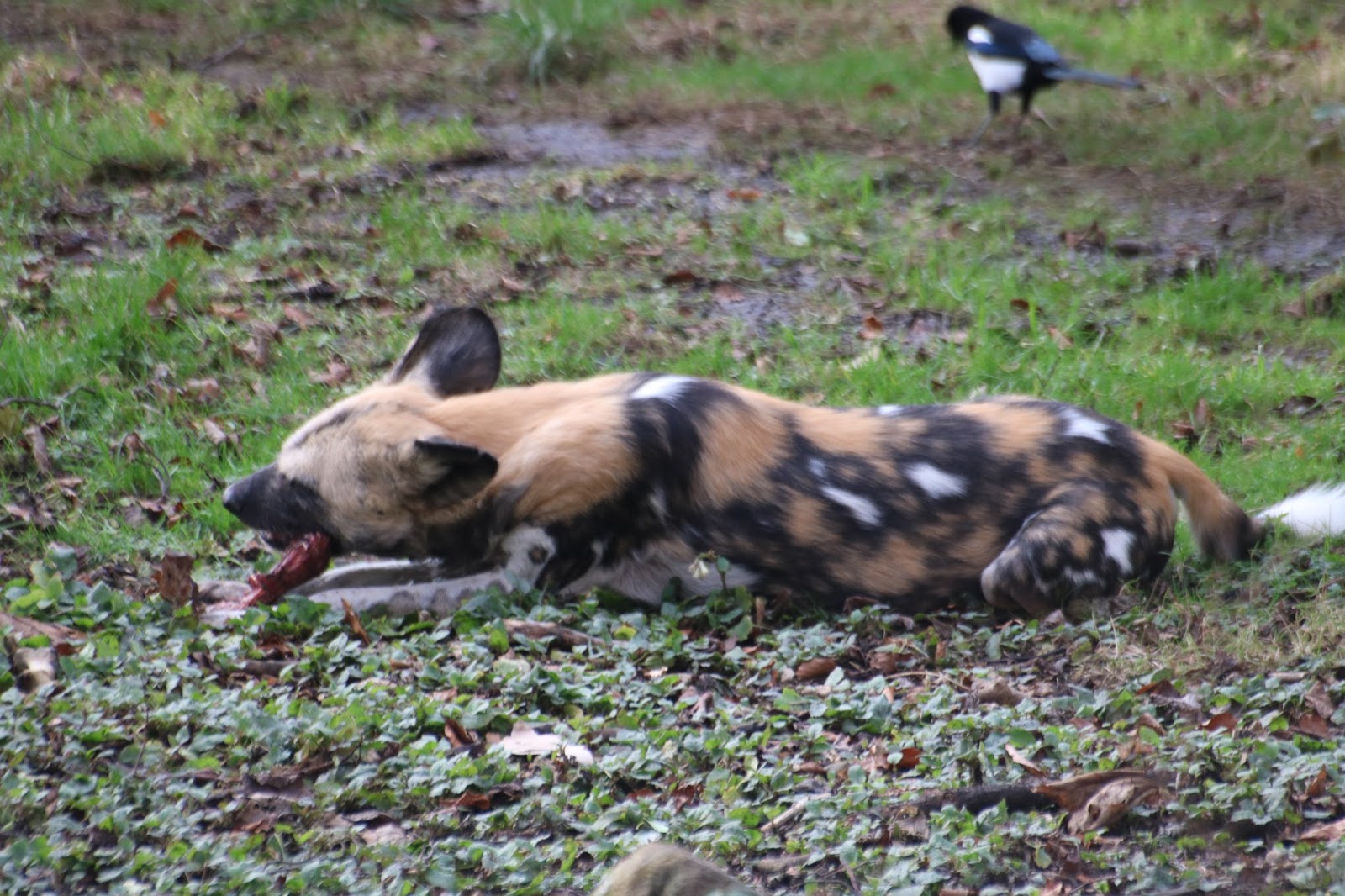 I’ve always found them fascinating- similar to hyenas but such beautiful markings. We arrived as they were having their lunch and saw a squabble and them being teased by crows. Which they soon saw off! 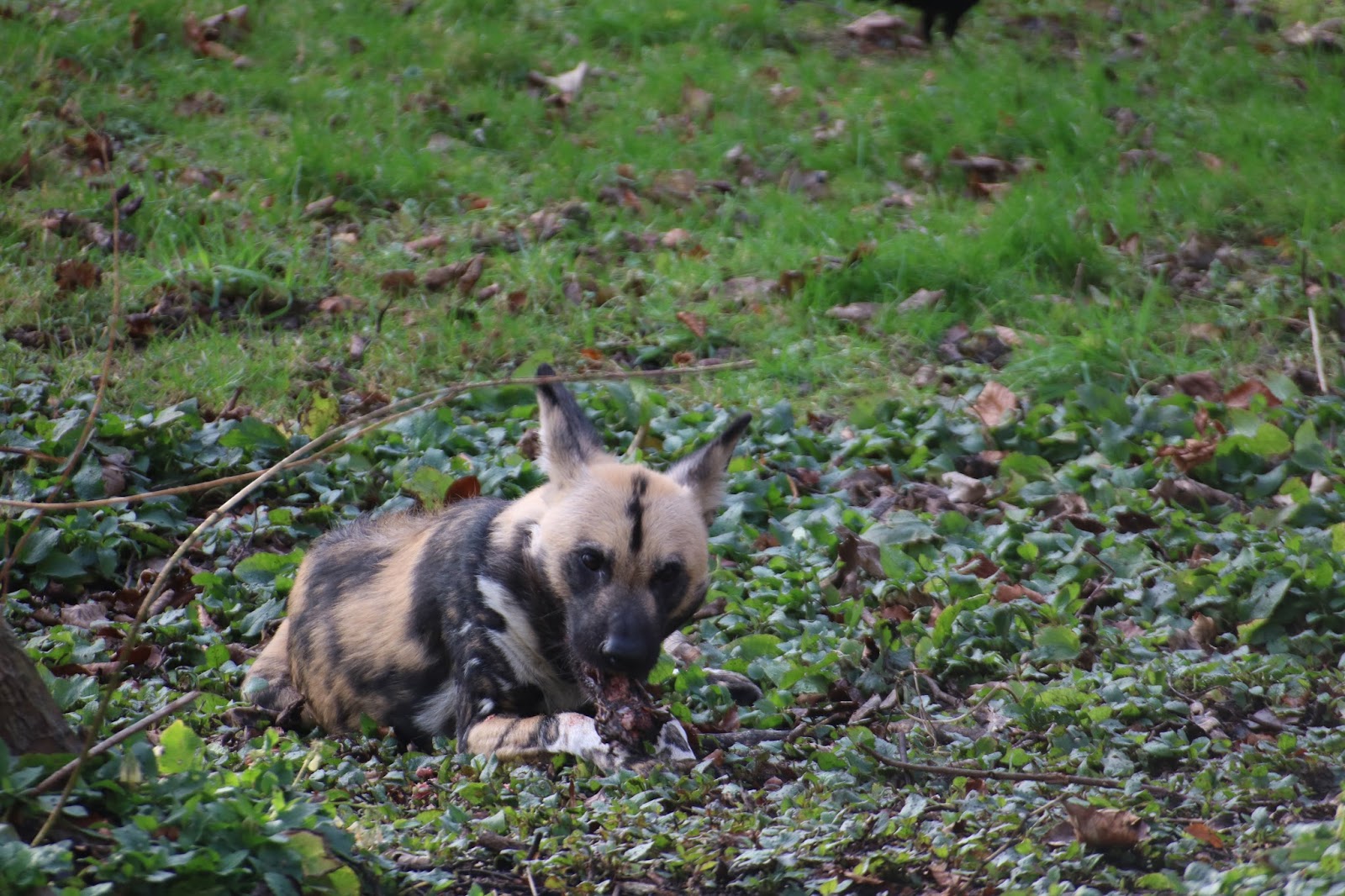 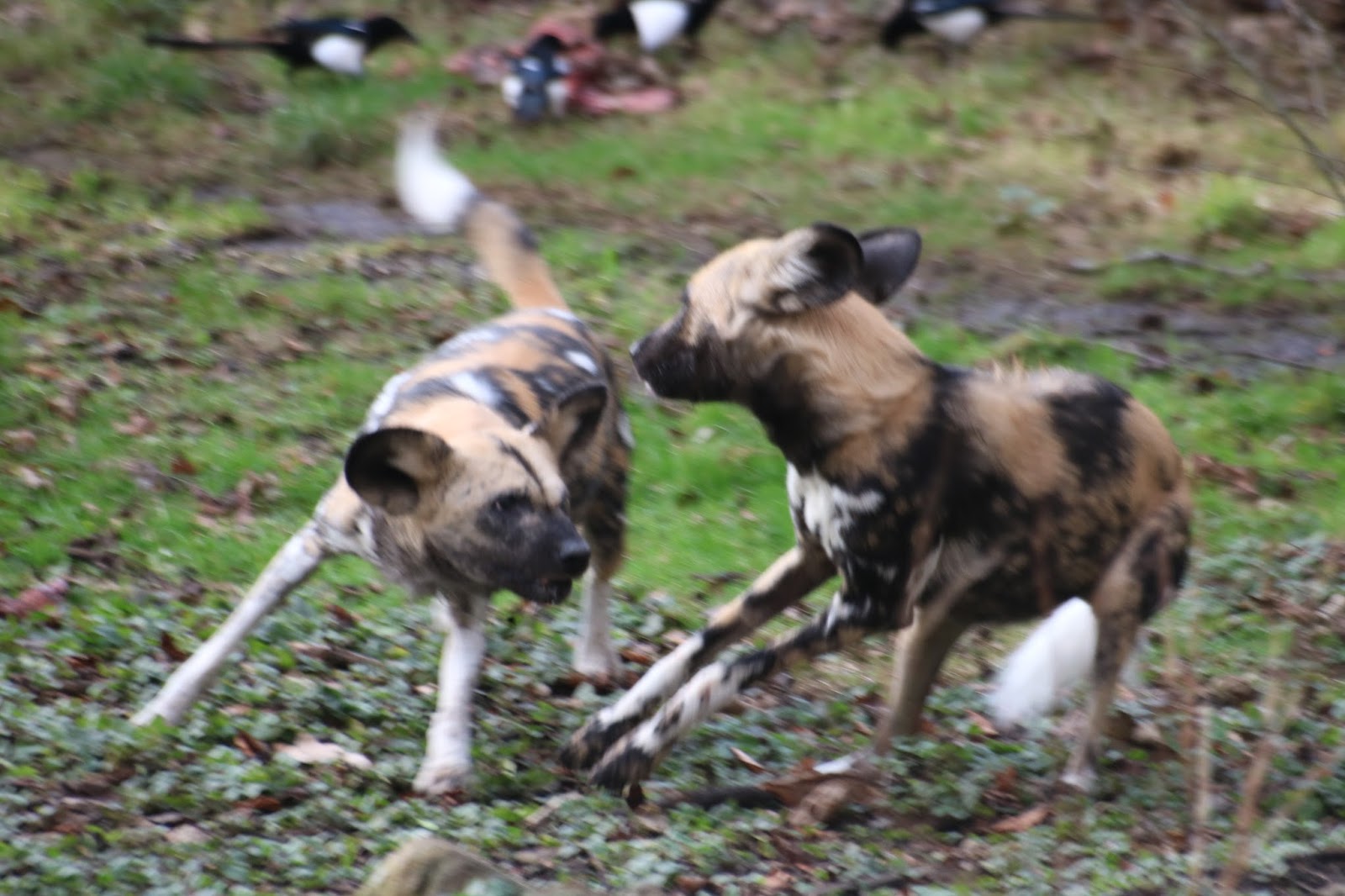 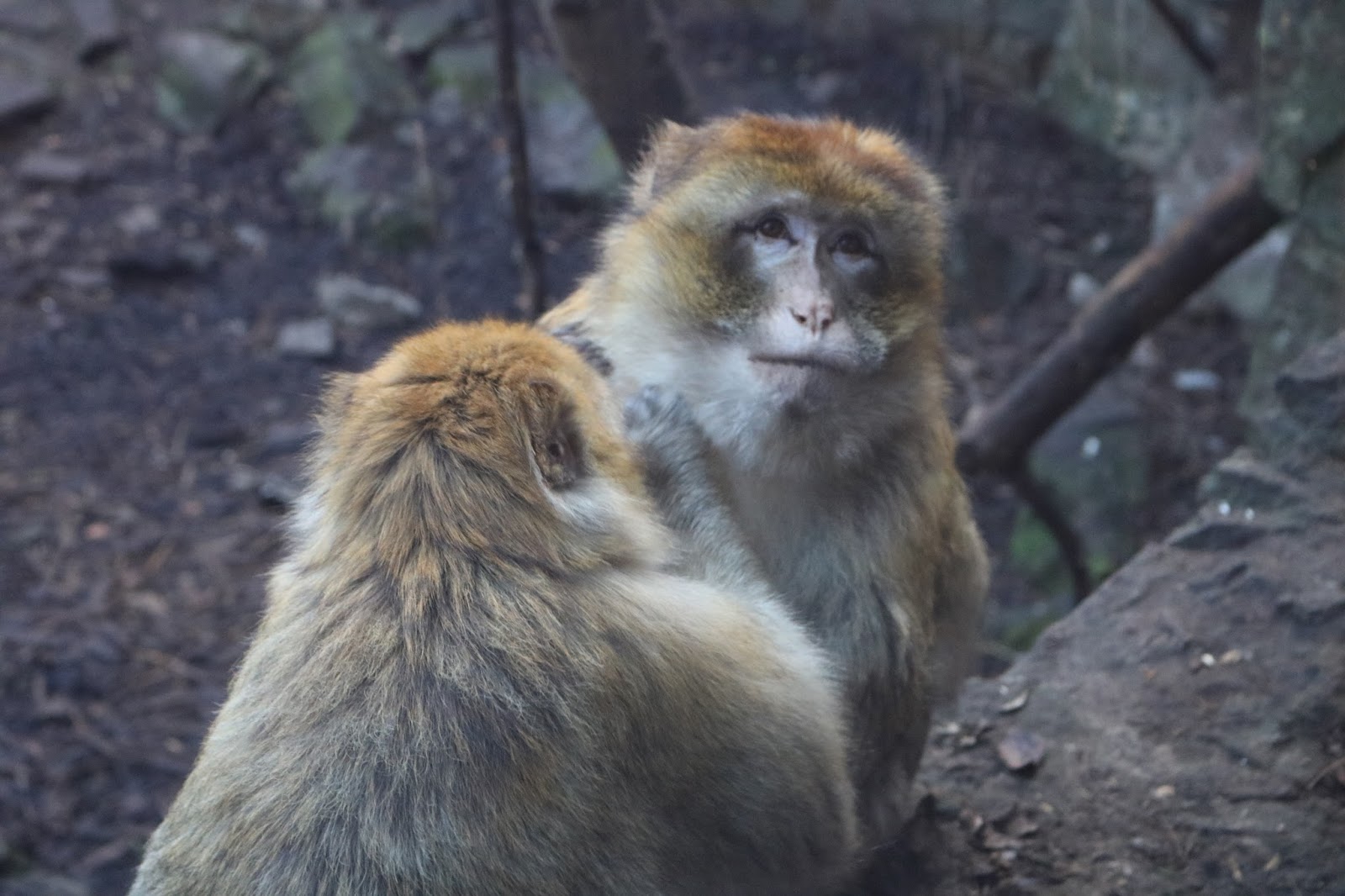 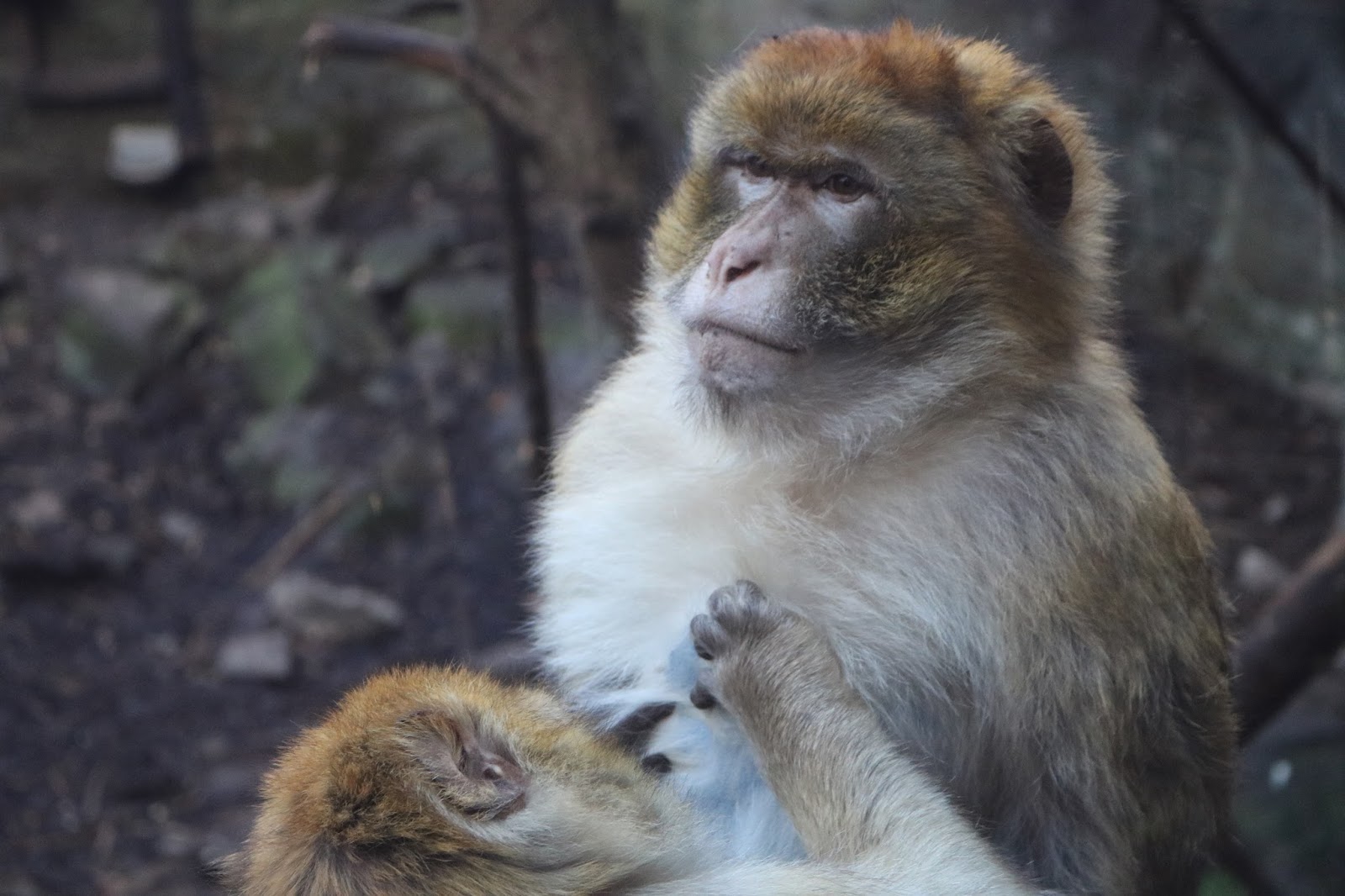 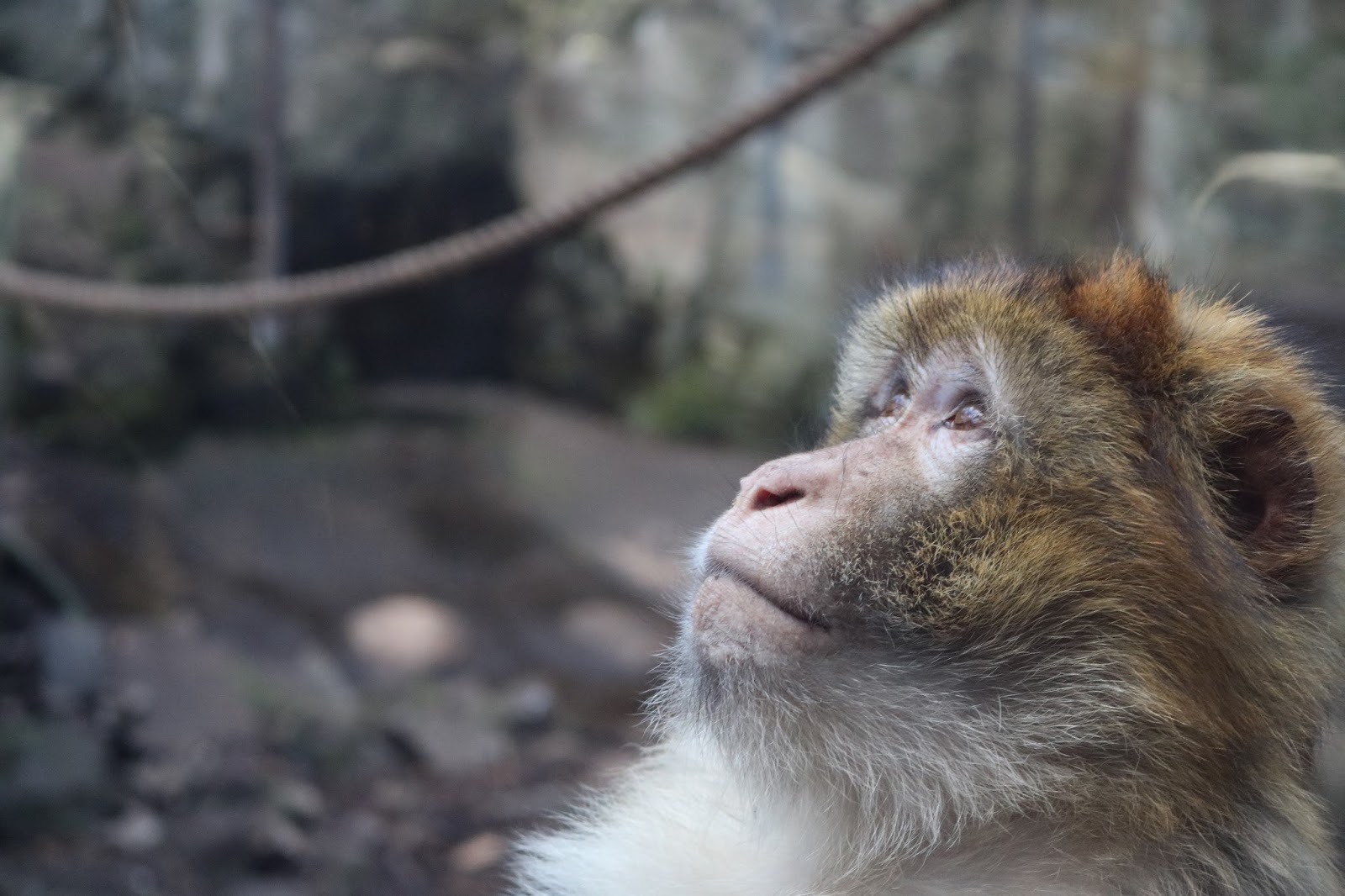 The macaques were so interesting to watch and where Rob definitely got one of my favourite photos of the trip- I mean just look at that face! 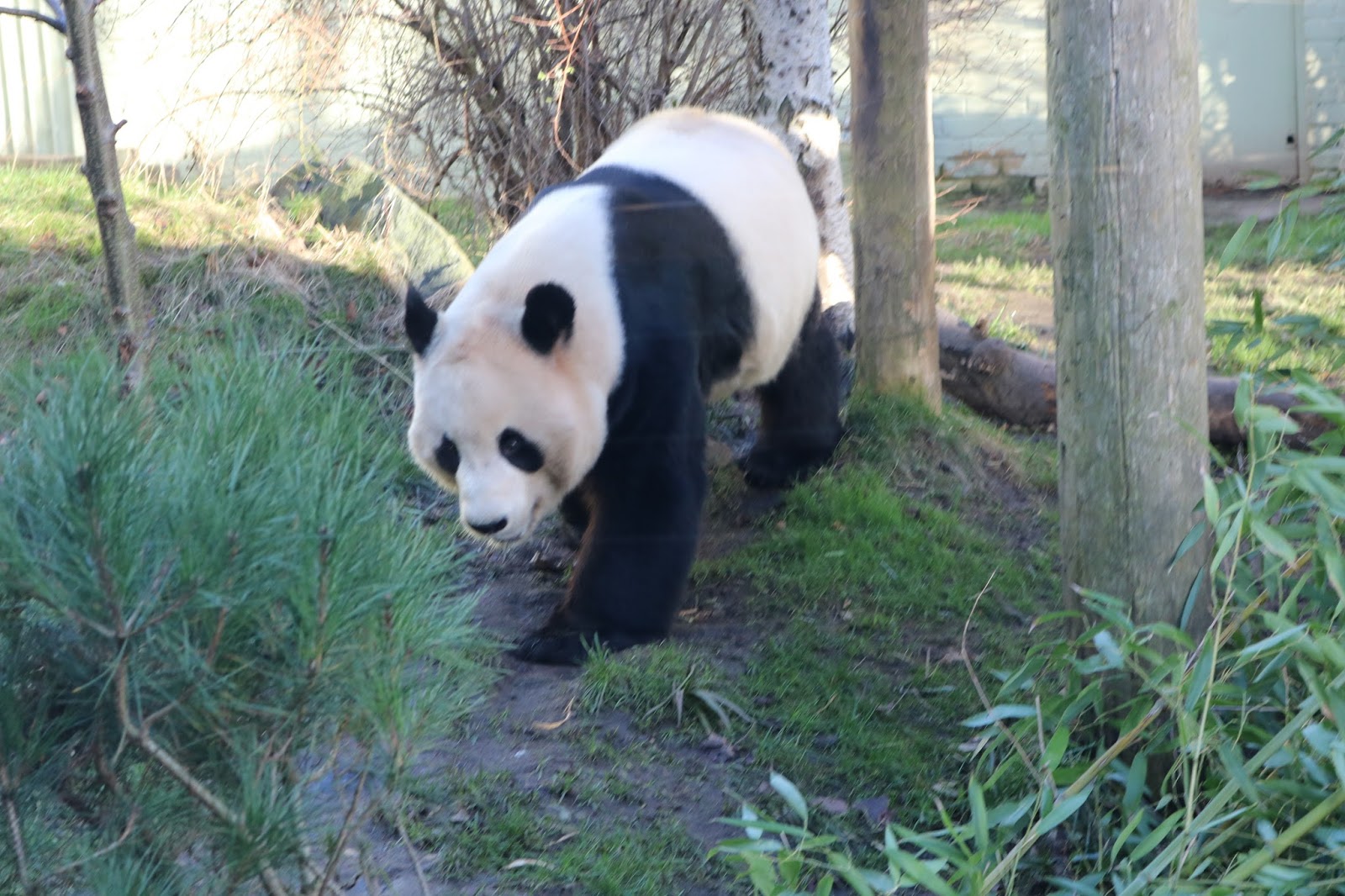 After the macaques, it was time to meet our guide and go see the pandas. Due to the time of year and it being closed to breeding season, the female panda, Tian Tian, whose name means ‘sweetie’, wasn’t really in the mood to be on show. We didn’t get a chance to see her unfortunately as she was hiding away in her private room.

The male however, Yang Guang, whose name means ‘sunshine’ was more than happy to be caught on camera.

I remember being told that the keepers had lunch around one so the best time to see the pandas would be soon after as they get fed too- so I booked the slot for 2pm- and we weren’t disappointed!

Yang Guang came out at speed, patrolling in circles before heading into his bed. And back out again. And in again. And so on for a good twenty minutes. As he was doing this, we were told he’s very food motivated and was being antsy because he was hungry!

Soon enough we saw him eating away at some bamboo when we went round to look into his bed and he seemed fairly content! 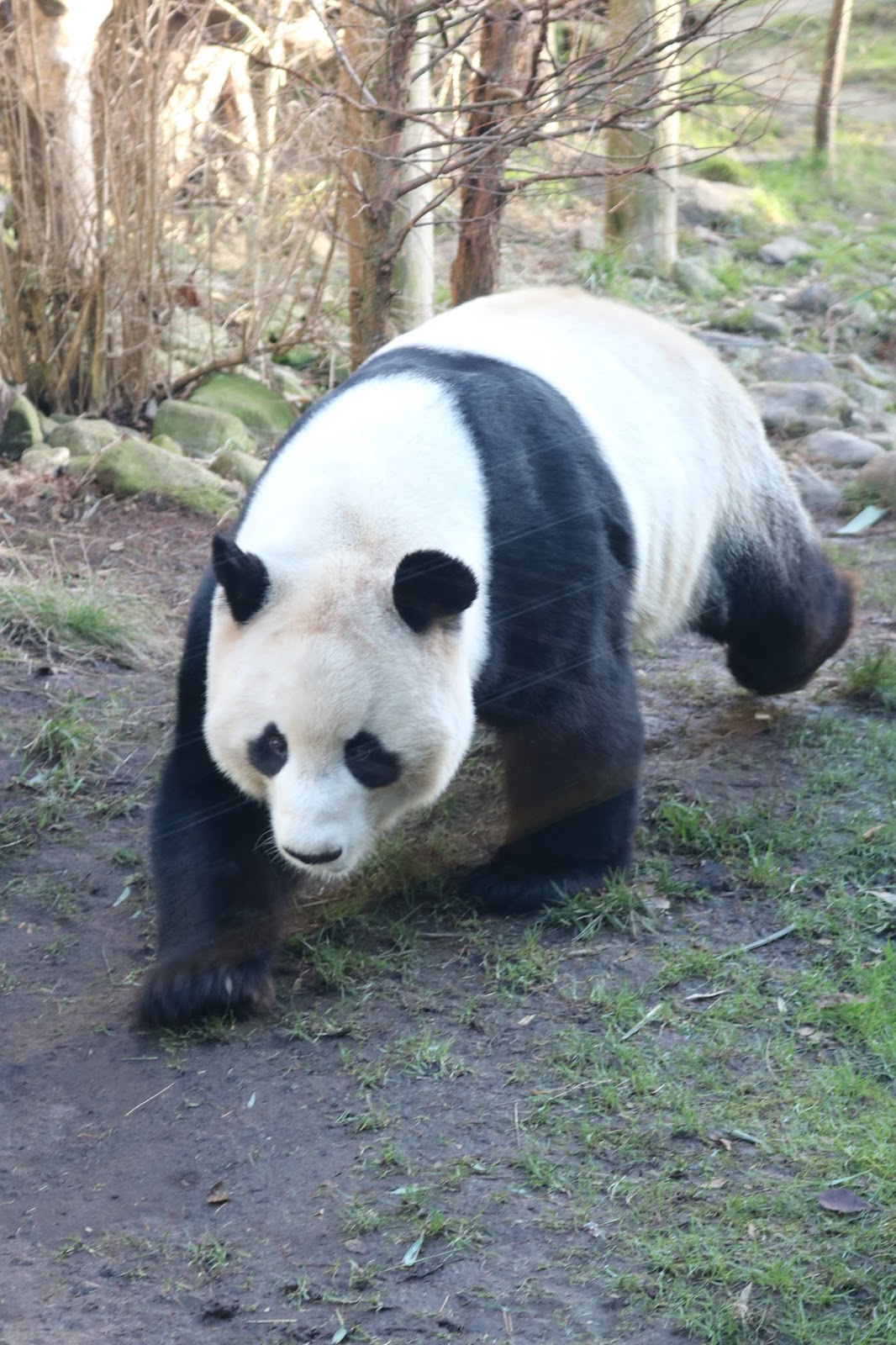 Not before we got lots of information from the keeper about panda behaviour during mating season, lots of facts about their biology and everything that Edinburgh Zoo does to facilitate them in the hope of breeding some pandas!

Did you know that female pandas, if for whatever reason they can sense that there will be something wrong with the baby or the environment (not enough water, or food) can stop the pregnancy at any point up until a few days before birth?! No wonder the staff at Edinburgh Zoo are on tenderhooks at this time of year doing everything they can to help them on their way!

When they start scent-marking during the breeding season ( female pandas are only fertile for a couple of days a year and receptive to a male even less time than that!) the keepers do all they can to help this shy, inexperienced species along. Yang Guang stands on his head and pees in the hope of spraying his scent as high as the wind will carry it ( don’t human males have it so easy?) whilst Tian Tian will scent mark her own territory. Then when the timing is right, the keepers will swap their enclosures over and they will get a chance to explore the others territory and get their scent.

Rather amusingly, when they switch back, apparently Yang Guang has to cool himself off in his pool!

I really hope that the team at Edinburgh Zoo are successful at breeding this pair sometime soon- how cute would that be seeing baby pandas?! *Heart eyes* 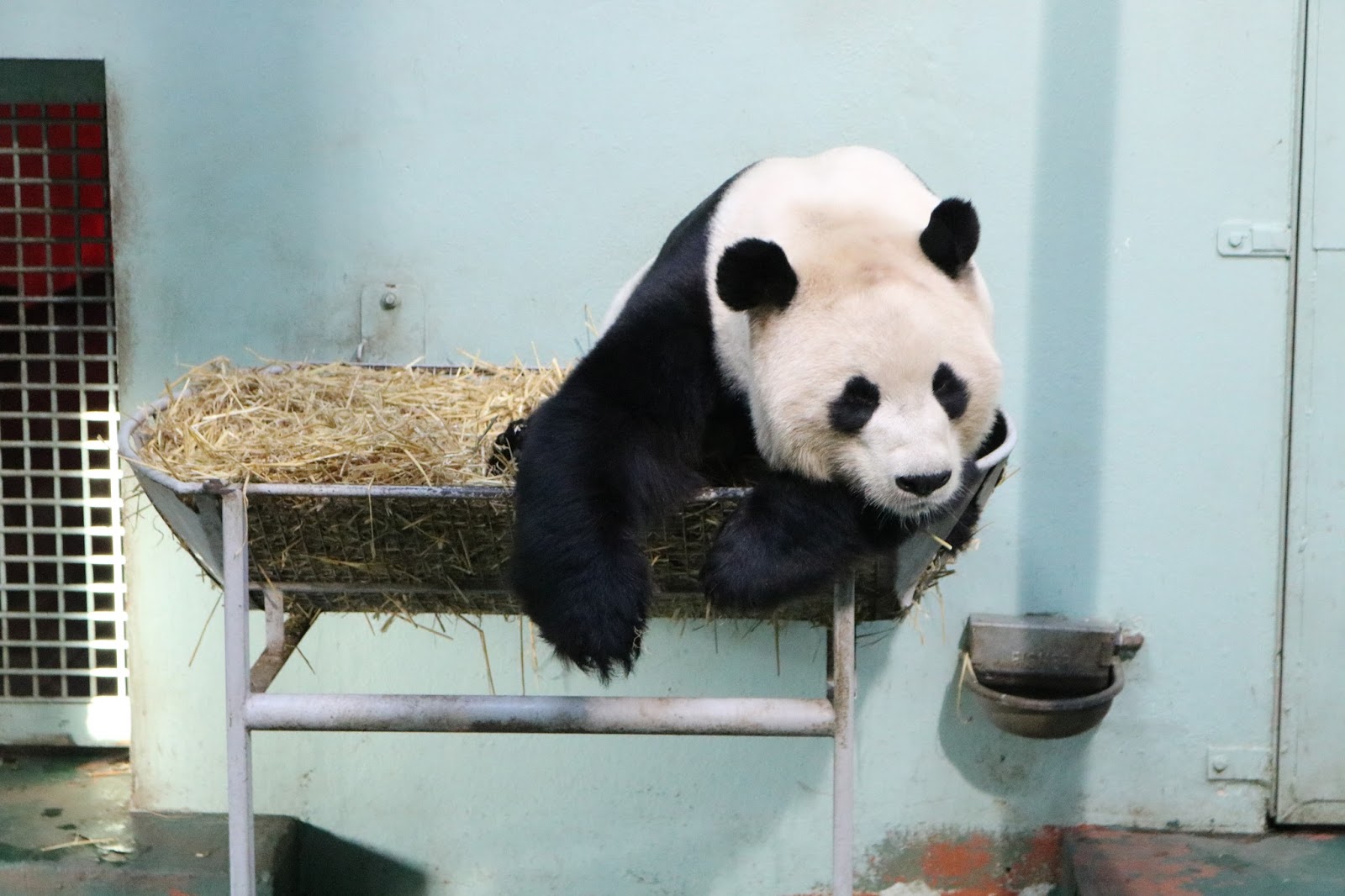 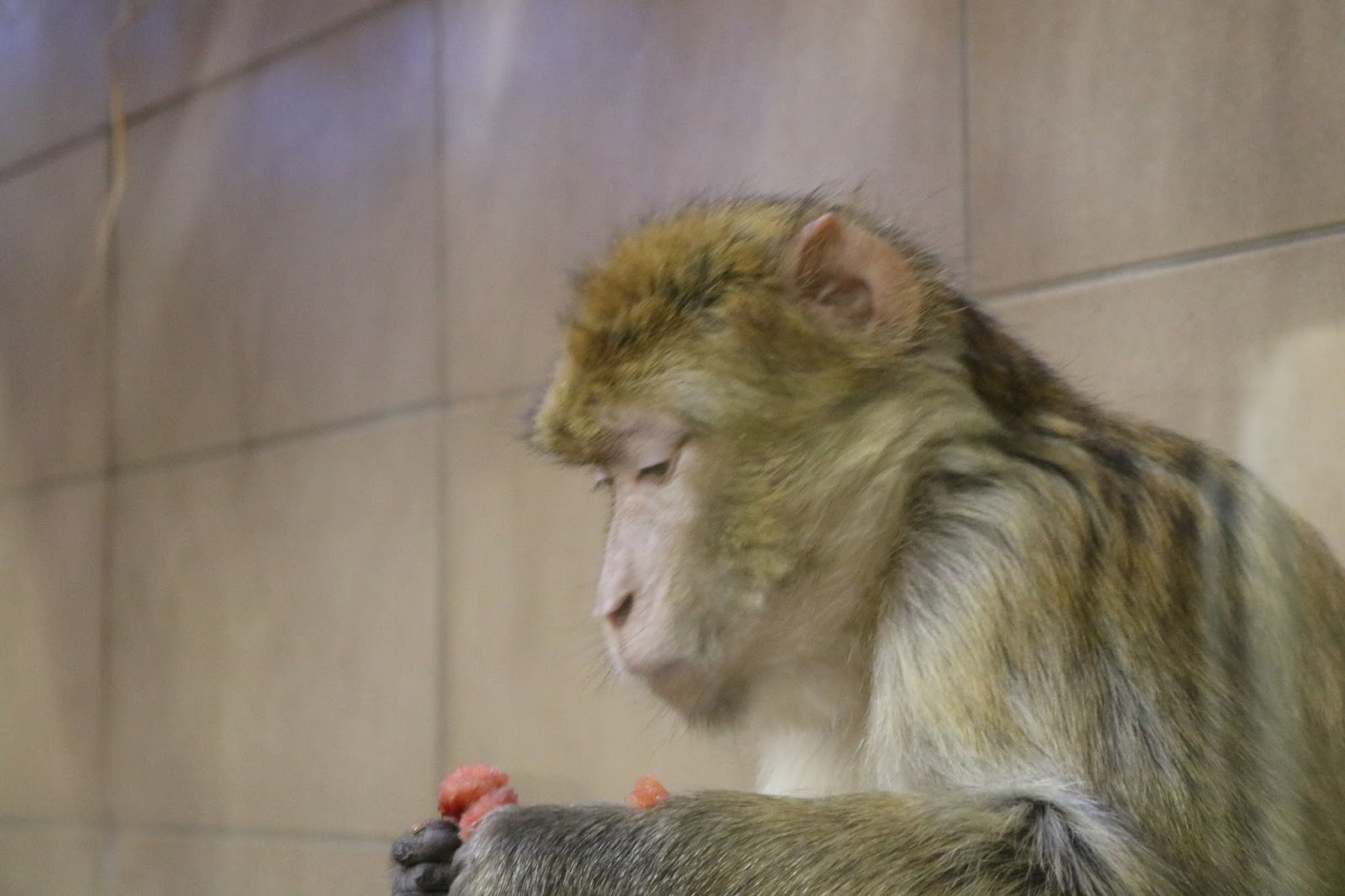 After seeing the pandas, we headed into the warmth of the monkey house. Be prepared to hold your breath as the smell is slightly awful but totally worth it for the heat and all the cute faces!

From then on, it was a trek uphill to all the rest of the enclosures. 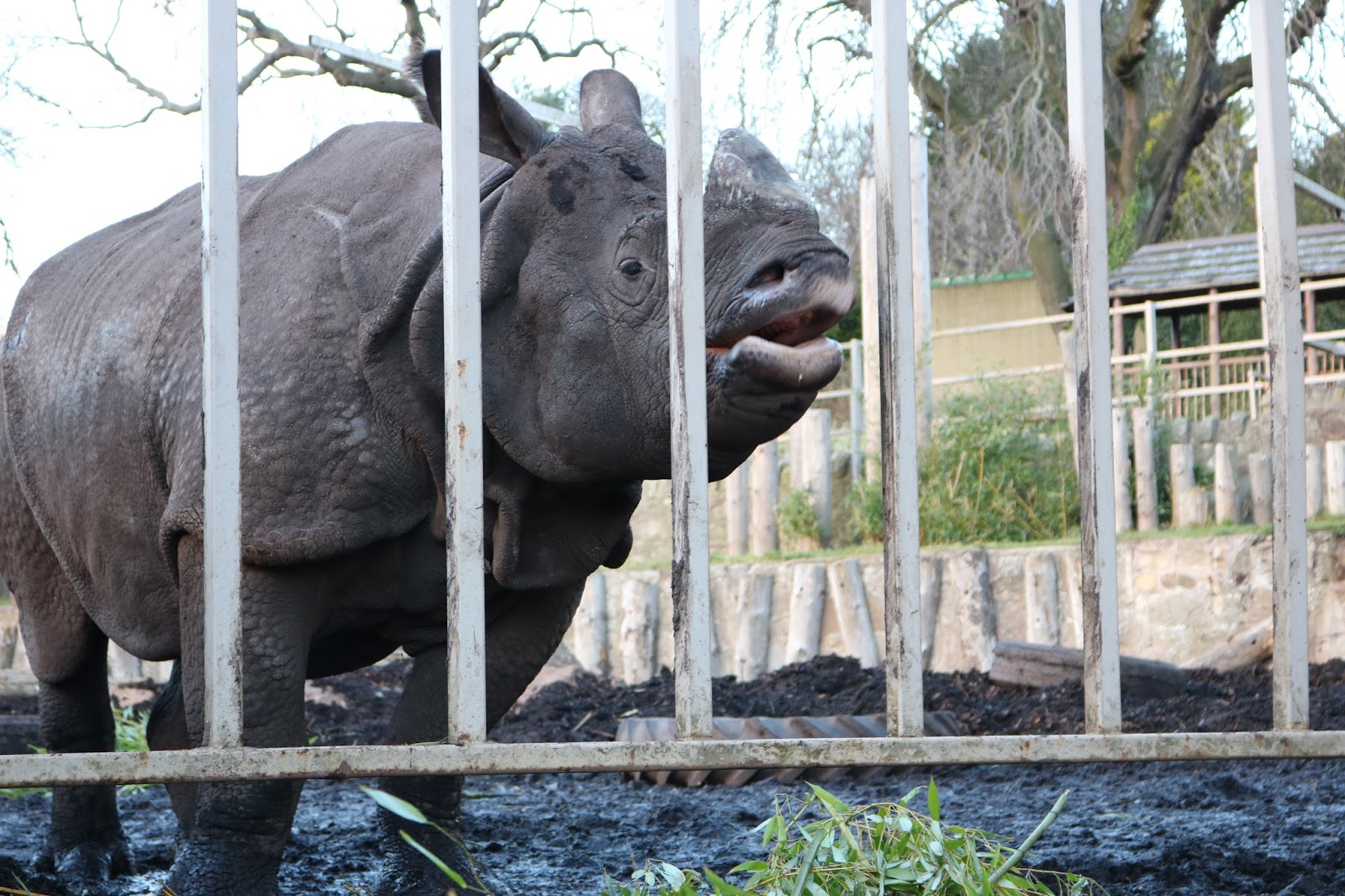 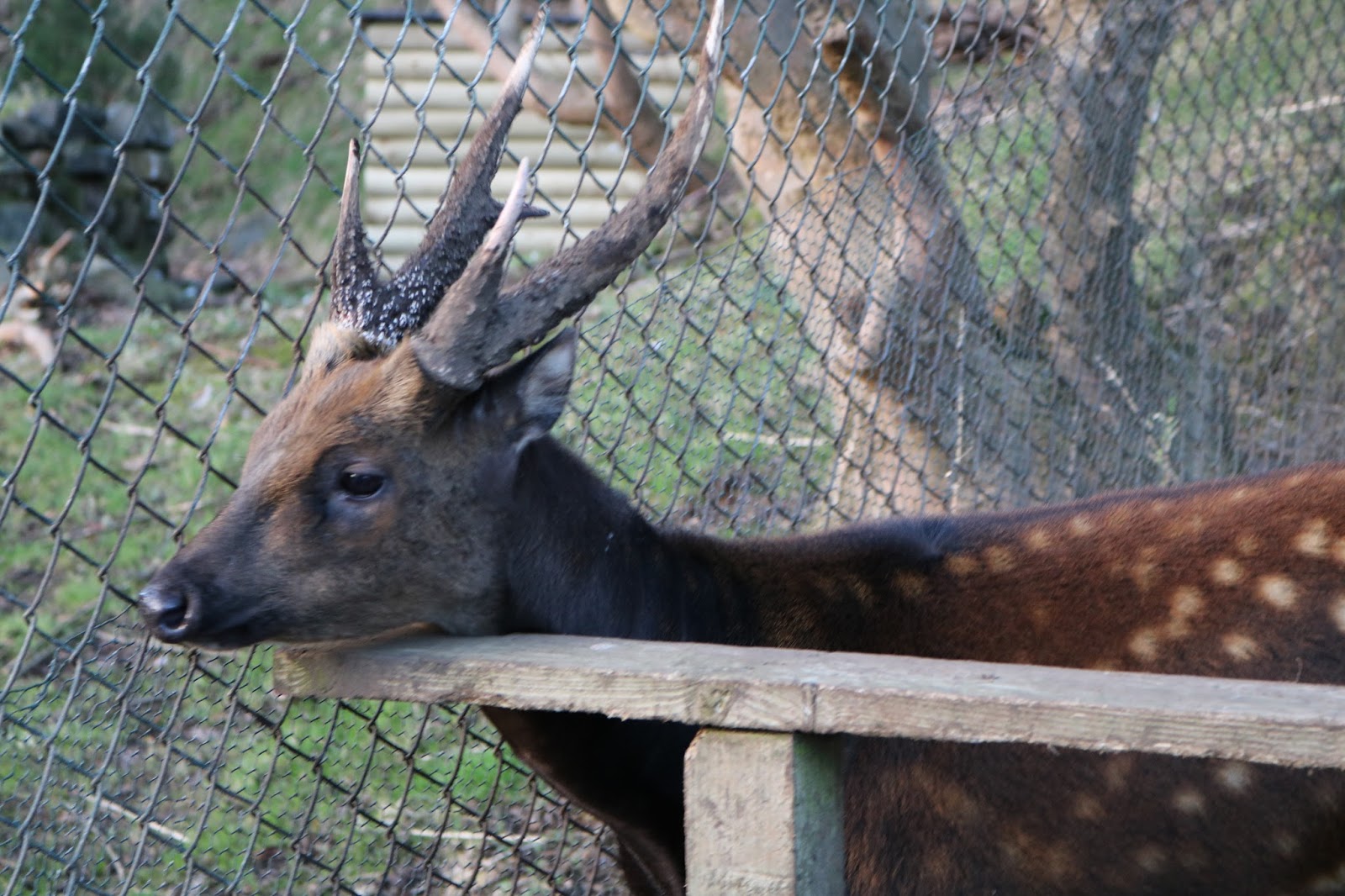 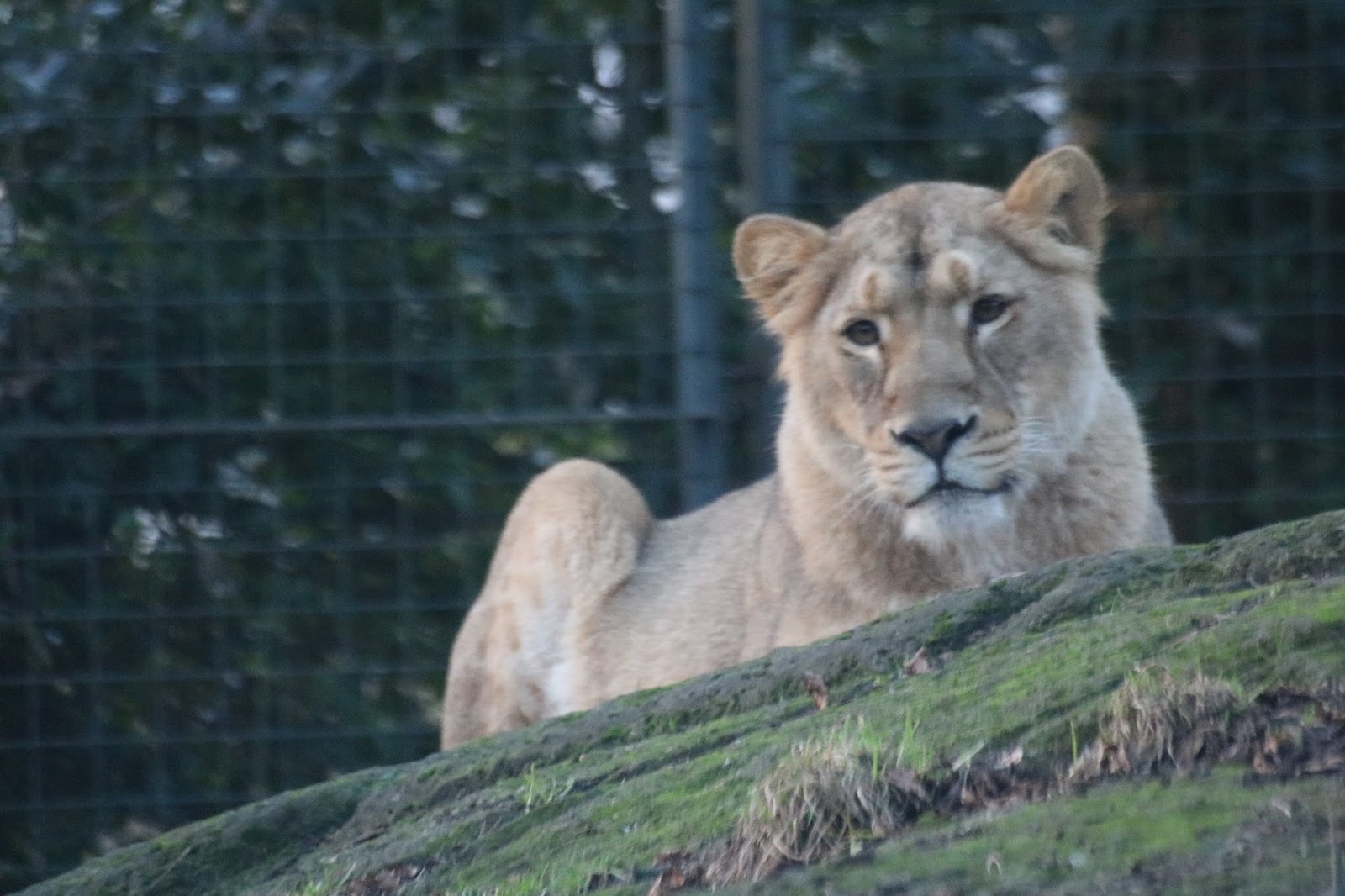 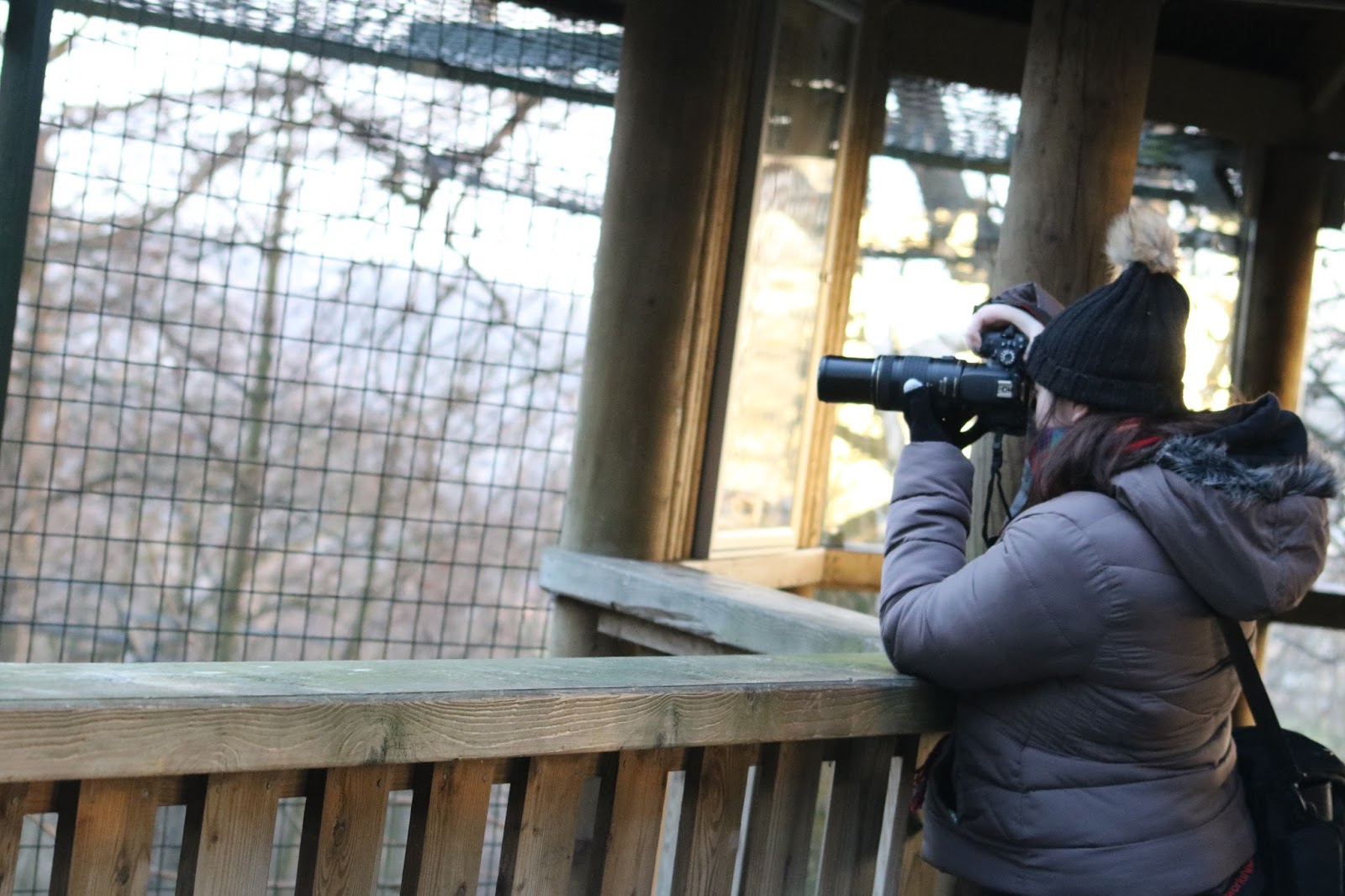 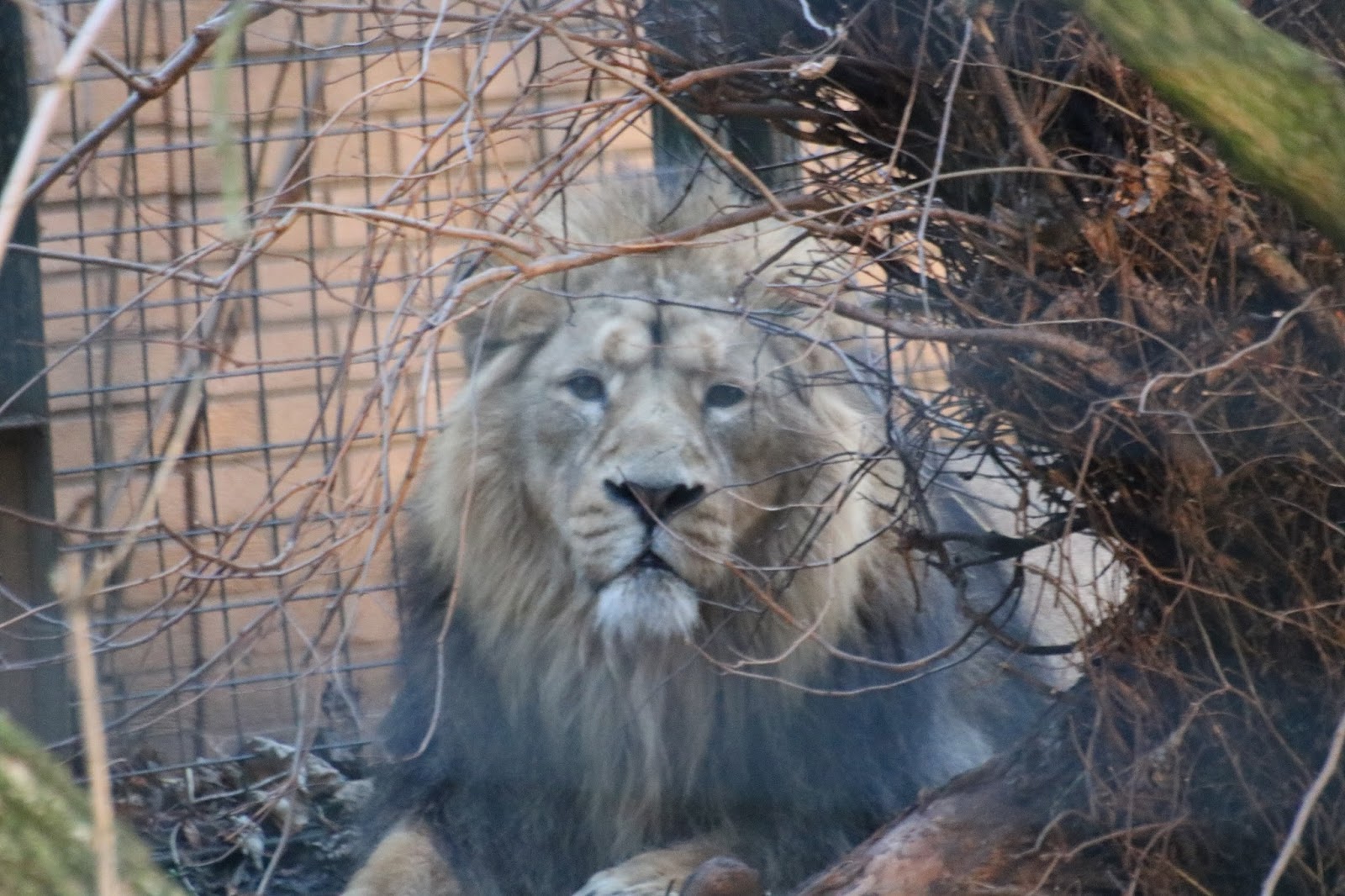 Despite the freezing cold weather and the fact that as we were leaving it began to snow, I had such a lovely day at the zoo. I’ve already got plans in my head to return in the summer at some point where hopefully the weather will be nice and there may even be some baby animals!

Have you ever been to Edinburgh Zoo? What’s your favourite animal?