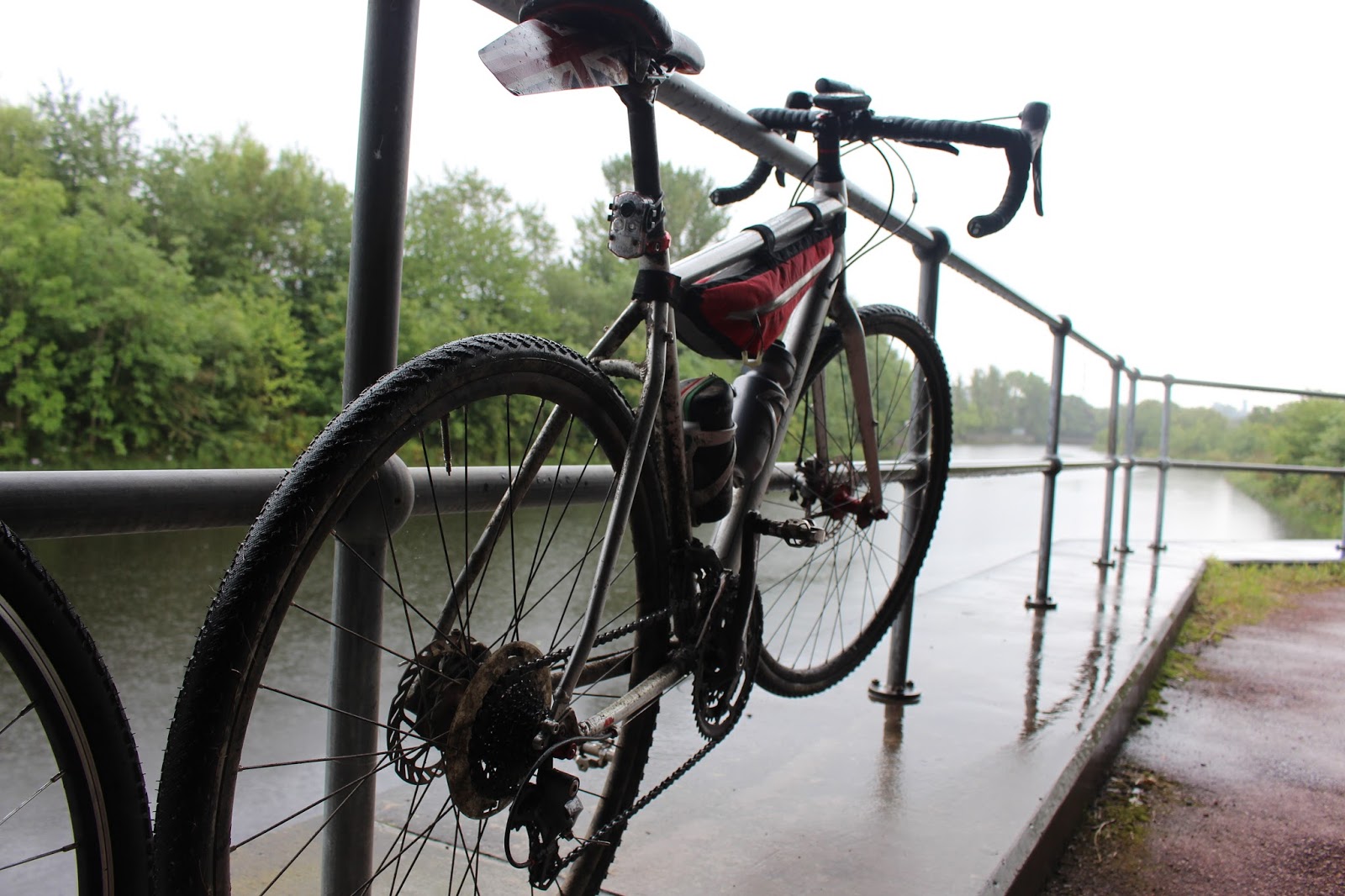 Procrastination is honestly my biggest problem at the moment. I have so much going on right now with sorting my life out after graduation- flat hunting, packing and full time job hunting that I kind of don’t have spare time. However, I do seem to find the time to watch Netflix and TV everyday.

I have a confession to make…

I watch between 3 and 4 hours a day of Netflix or TV minimum at the moment. I honestly feel like a bit of an addict when it comes to TV series. Whilst spending a lot of time at home whilst I’m on the elusive post-graduation job hunt, I can get through a series in one day. It’s not pretty to say it but if I’m in the flat all day, it’ll be on in the background whilst i’m tidying or working.

It’s even got that bad that I procrastinate going to the shops over the road. Just so I can watch one more episode.

But what I have noticed, is the amount of time I’m wasting every week re-watching TV shows I could tell you the scripts of. ( Don’t get me wrong, Tudors is a brilliant programme and I live for Rupaul’s Drag Race but I only have so many hours in the day to get stuff done!)

So when I was challenged by Monarch Airlines to see how much time I wasted procrastinating instead of meeting my goals, I was shocked to see how far I could have travelled THE WORLD instead of lying in bed watching Netflix. 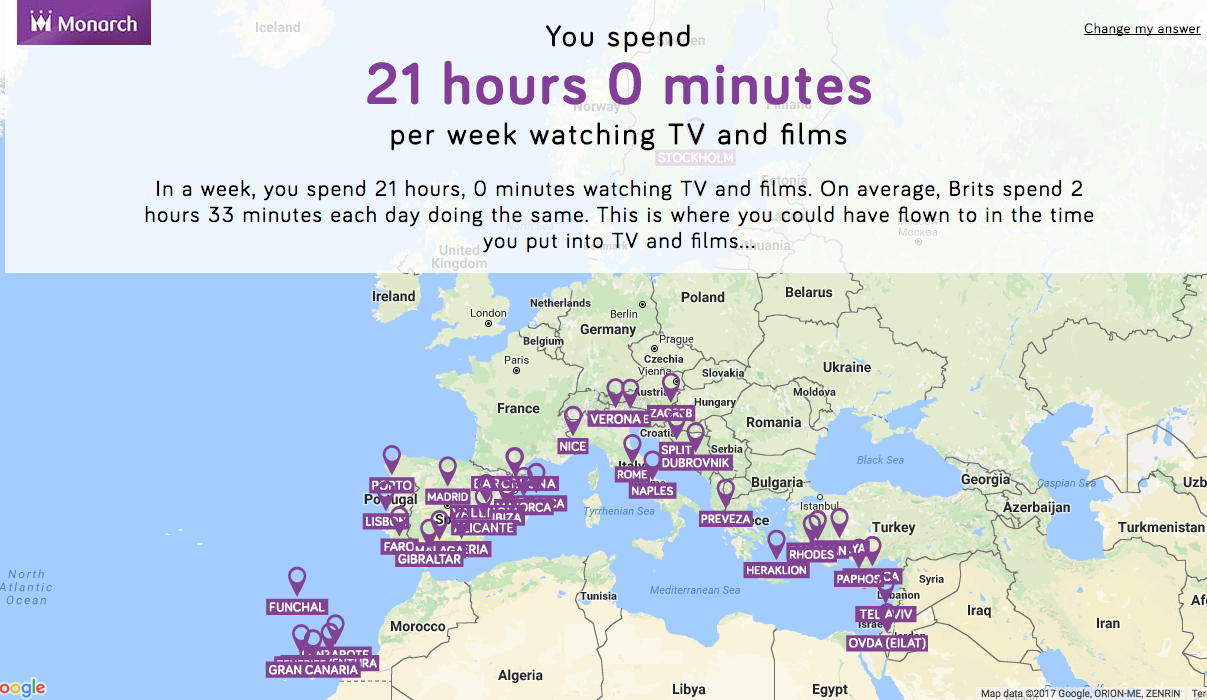 Wow… now I feel bad not even nipping out on a short 10 mile ride everyday!)

After realising this, I made a plan to get out more and to try and do a longer bike ride at least once a week.

So how did I get on?


On Sunday, Rob and I had had enough of making excuses for not getting outside. I’m not even exaggerating when I say that we’ve been saying ‘we’ll go out this sunday for a bike ride’ for probably around a month to 6 weeks now and still hadn’t been! So, despite the weather telling us it was going to rain, we grabbed our bikes and headed out along the Quayside towards Roland Gill. 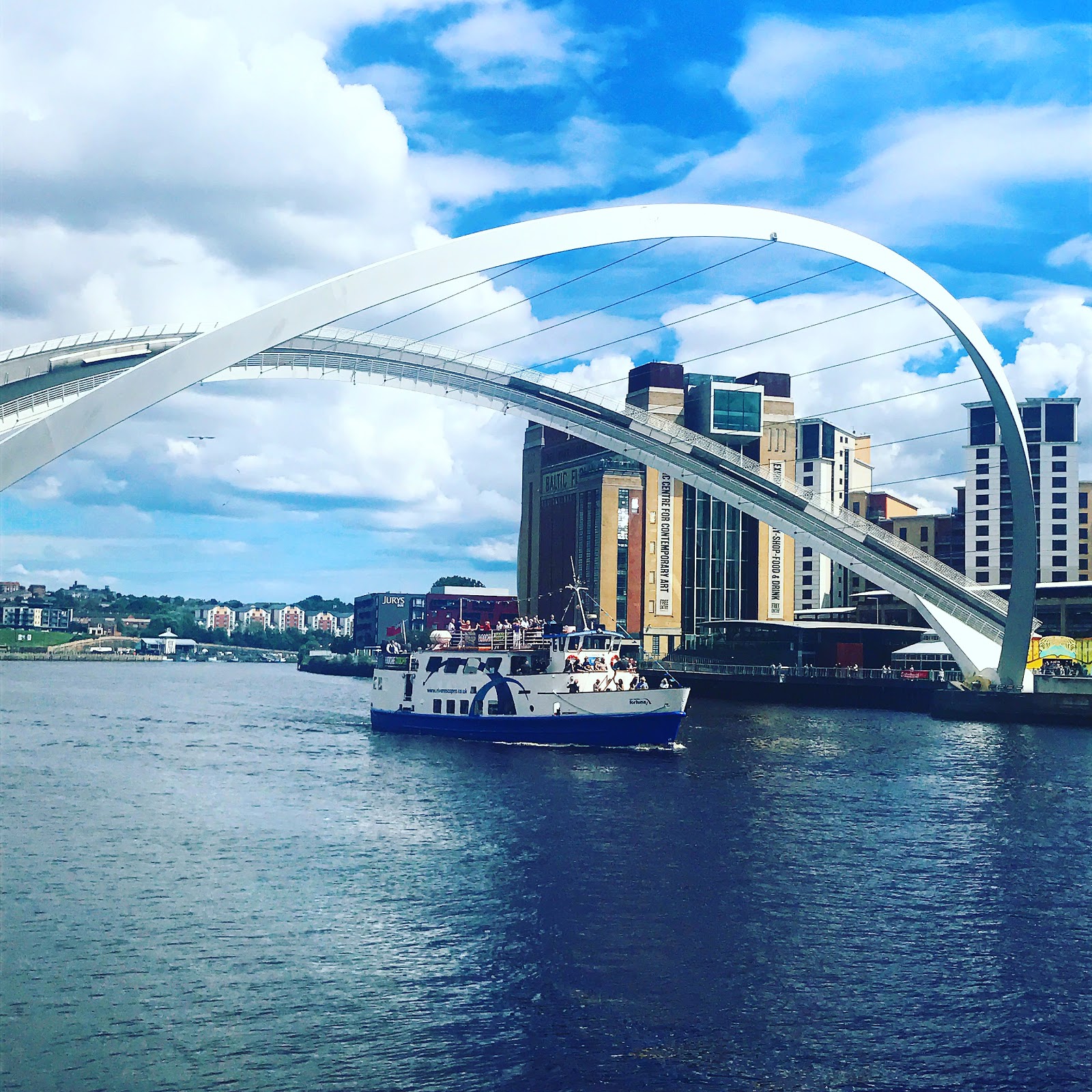 It was a bit of a test for me as the last time we had been out we had managed around 25 miles but I was pretty sure I wasn’t going to be able to do it again. In all honesty, I’ve let a lot a lot of things crumble since finishing university last month and the worst would be my resolve to lose weight.

For me cycling is a hobby and the best way for me to achieve that goal. You get an excellent calorie burn even if it’s just a fairly flat route like we did! You can also grab your camera and go exploring! For example, I’ve lived here nearly 5 years now and never seen the Millenium bridge tilt fully. It was quite awesome to see it before heading off to a place I’d never heard of before!

Rob is capable of cycling far harder and more stressful routes than this but it was just about getting our motivation back to be in the outdoors again. I have to say I think it worked!

We headed out from mine after Rob had already cycled to mine and we took the flattest route we could just because of the rain. I have not cycled in the rain in well over a year, and at first it wasn’t a pleasant experience! But after awhile, I was fine with the idea of being soaked ( I had waterproofs with me!) and just relaxed and enjoyed it! It was warm weather and raining which actually made for a fairly relaxing ride! 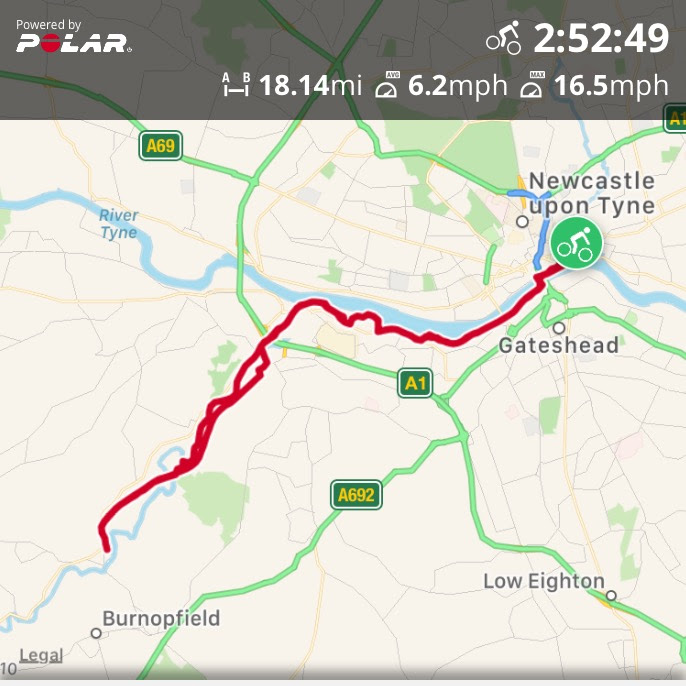 18 miles there and back and I was so happy that I’d finally made the push to get back out there. I hate it when I let other things get in the way of doing what I love! However, the tired but happy feeling I got when I got home after that ride was worth it. My muscles started to ache quite soon after as they’ve not been used properly in awhile but I was so pleased to feel tired because I had actually done something with my day!

With Robs work as well it’s sometimes difficult for us to spend proper days together or even a couple of days together, so getting out on the bikes makes the most of our days off. We get to have a chat, exercise, grab a little picnic and even get some decent photographs of our rides! 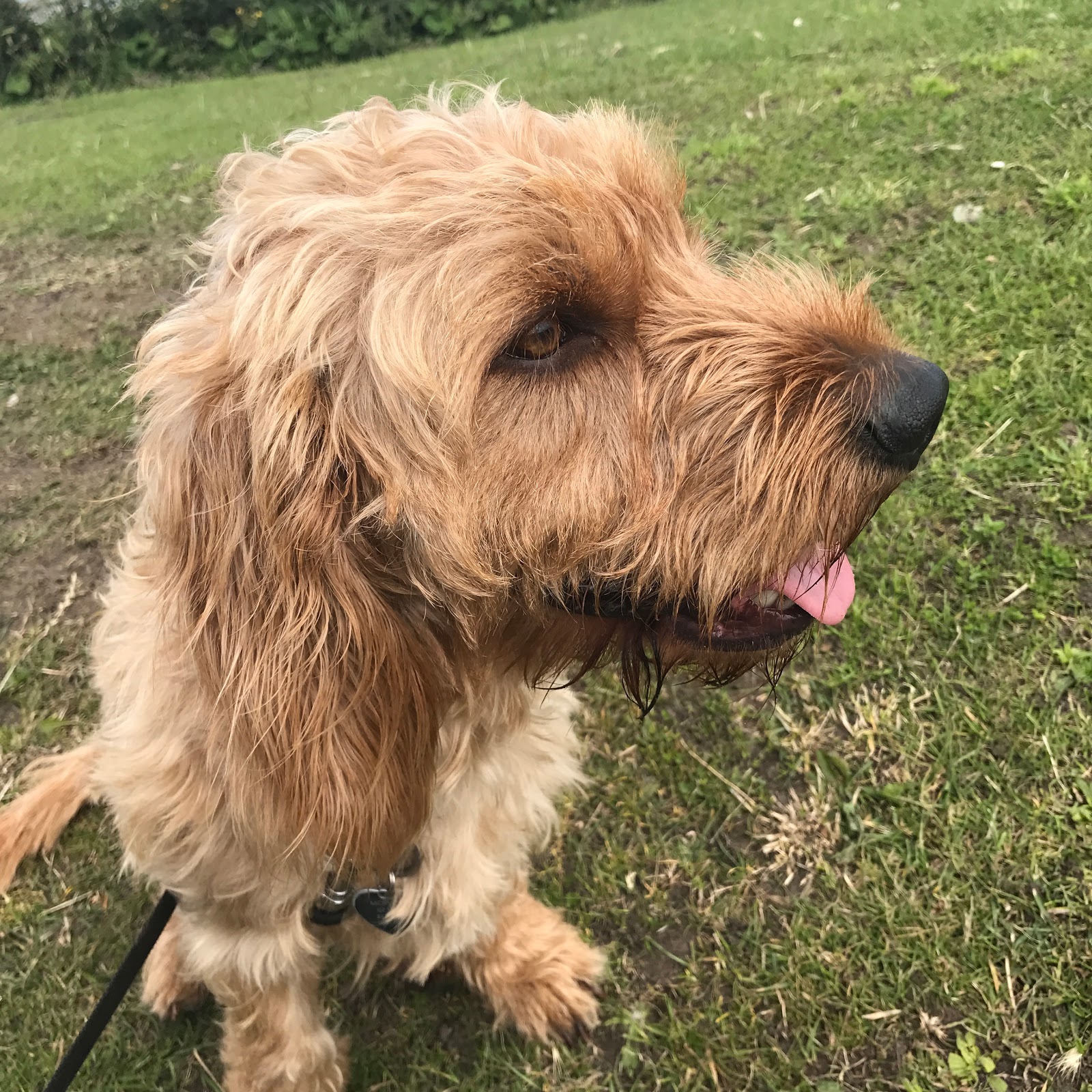 With the bike ride fresh in my mind, I set about looking for ways to keep myself active other than the gym. I haven’t been going to the gym since I signed back up to the university one. I don’t really know why but I have always been slightly nervous about going there. Because it’s on campus, it made so much sense to be a member there but in truth, I’ve barely ever been. At my previous gym, there was a real mix of ages and abilities and so I didn’t feel too uncomfortable going there. There were a few machines I wouldn’t use but in general, I would get a good workout! I think it’s possible to do with the age of students, the constant comparison of yourself to other people your own age. I always felt a little uncomfortable working out in the same gym as some of the team Northumbria athletes and as such I’ve never really used my membership. As a result, when I move, one of my main priorities is signing up to a new gym!

Anyway, I have digressed… walking more is key to my weightloss story. But as the summer has rolled around and most people have headed home from university I found myself getting out and about less! So after the bike ride I contacted an owner through Borrowmydoggy and set up a walk. 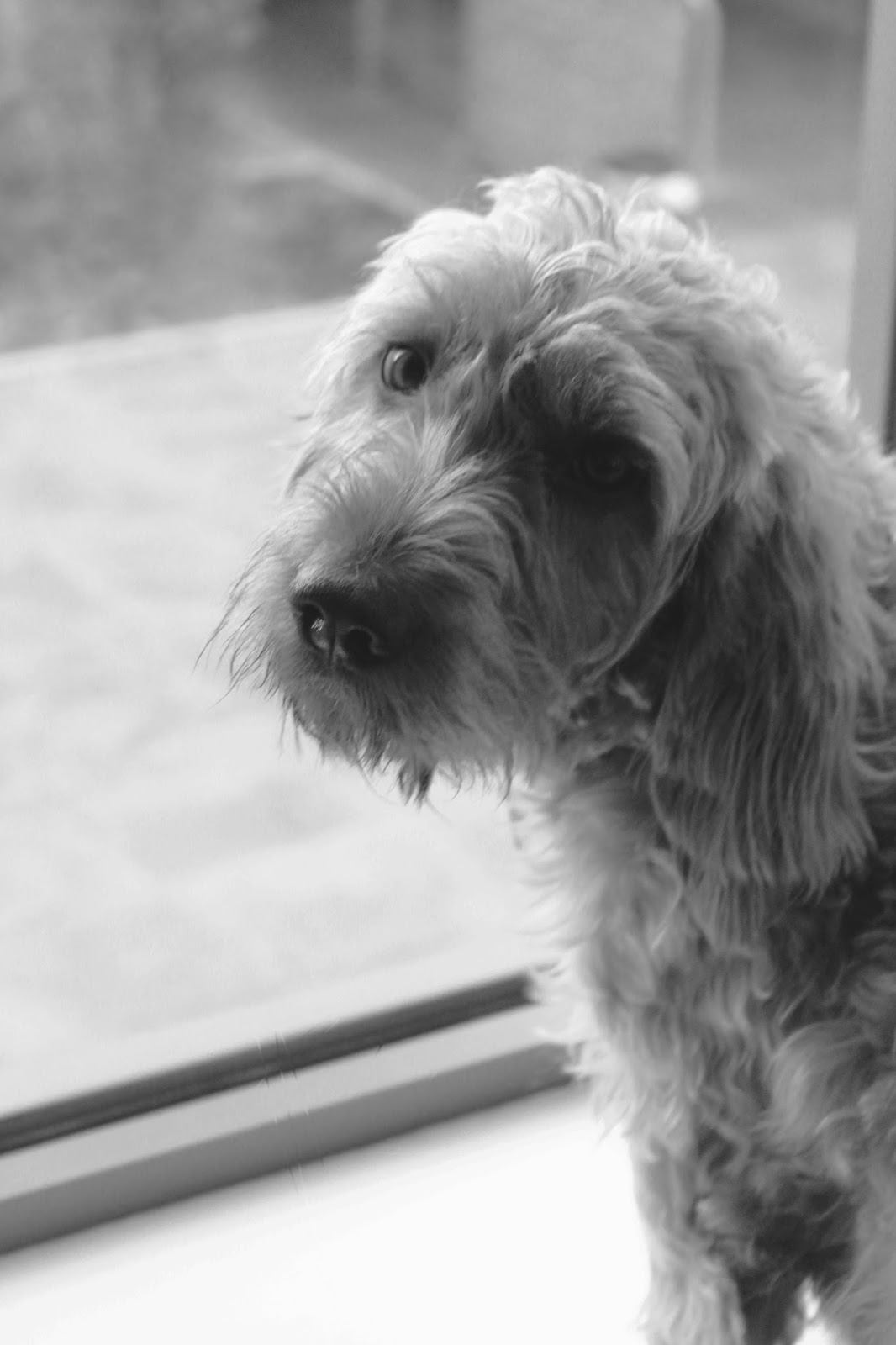 On Thursday, I collected lovely little Mowgli at 8am and kept him throughout the day until about 6pm. He sat with me patiently whilst I did some work before we headed to the train station to collect Rob and get ourselves out on the metro to the beach. 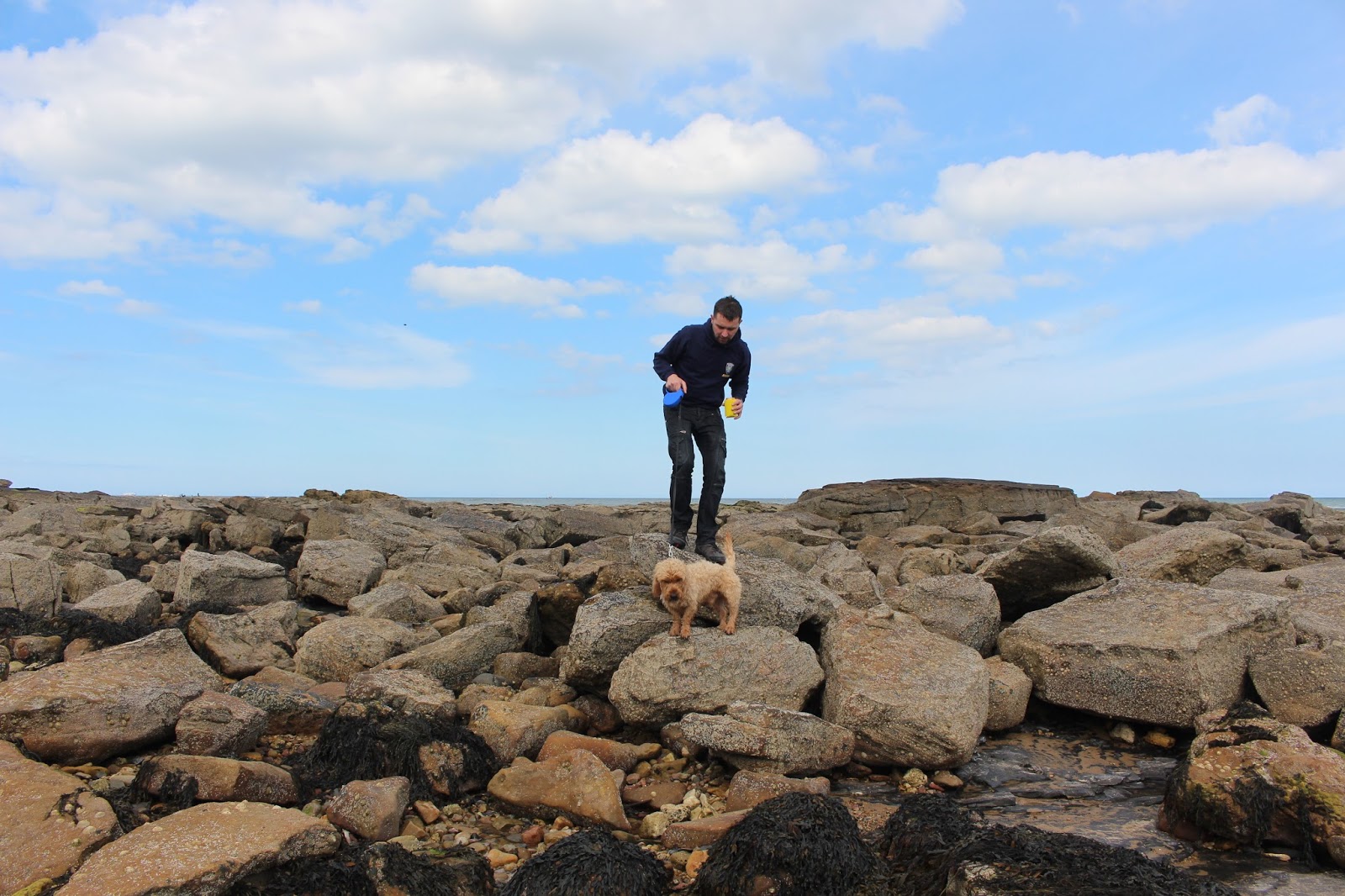 I love living so close to the beach, so with our only full day off together during the week, I decided we were making the most of the 20 degree weather and sunshine and were off to the beach! 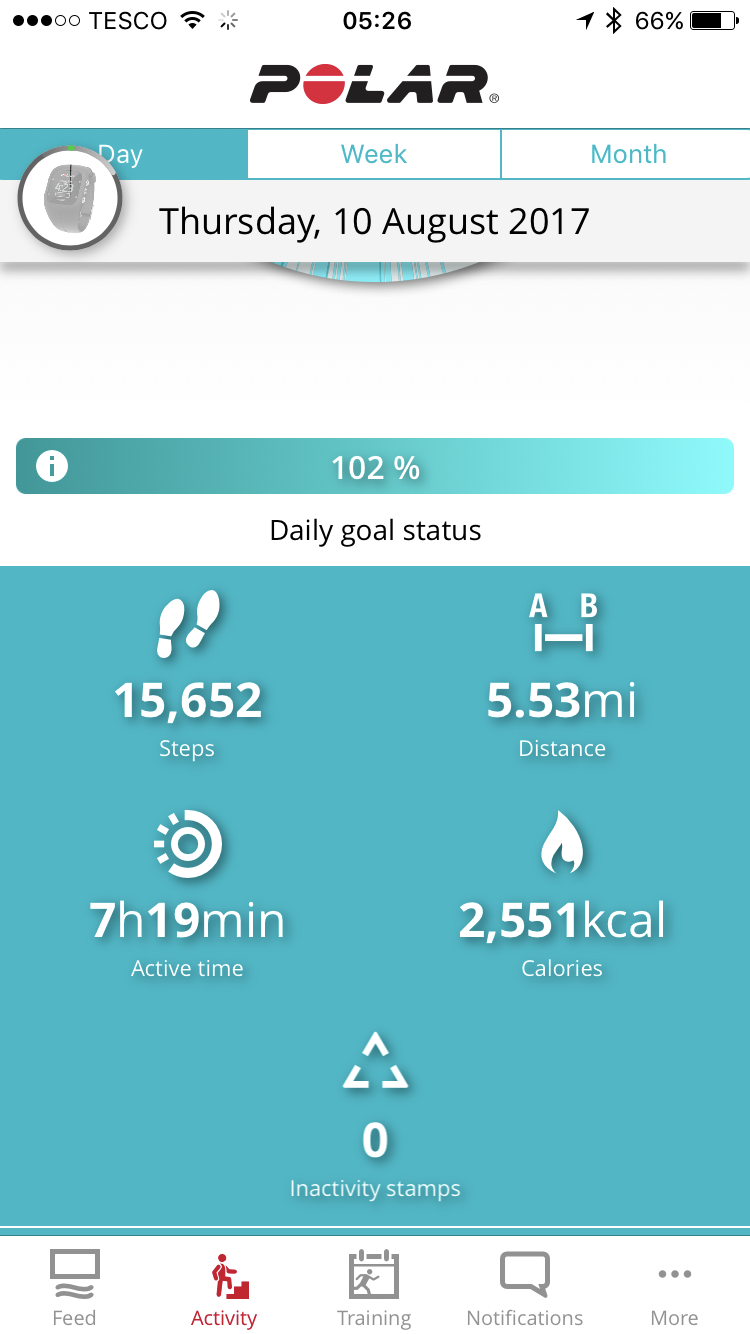 5.5 miles of walking later in the beautiful sunshine, both Mowgli and I fell asleep on the metro home! It was such a pleasant way to spend our day off and it reminded me how much I love walking itself.


In general I’ve been far more active this week than I have in recent months and I put it all down to realising how much time I was wasting! By exerting so little energy I was actually struggling to sleep well and would often nap throughout the day just to have something to do. What I found was the nights after a large amount of exercise, I slept like a log! After Sunday’s bike ride I got 9 hours sleep for the first time in months! I went to sleep feeling tired and heavy and just so ready for bed and woke up feeling refreshed!

Throughout the week I noticed I did smaller things to help my weightloss such as drinking more water or taking the stairs. By introducing more exercise than normal, I found I was getting better sleep as well as having more energy throughout the day. But I also had more self control and willingness to curb my sweet tooth and take healthier options!

I’m so glad I took the time to confront my procrastination and it’s cleared my mind of this lazy minded fog I have had for awhile and I feel so much more able to grab hold of each day and meet my goals!

Click here to see how far you could travel with the amount of procrastination you do!

Do you have any tips to avoid procrastination? Let me know your results below if you tried out the map!