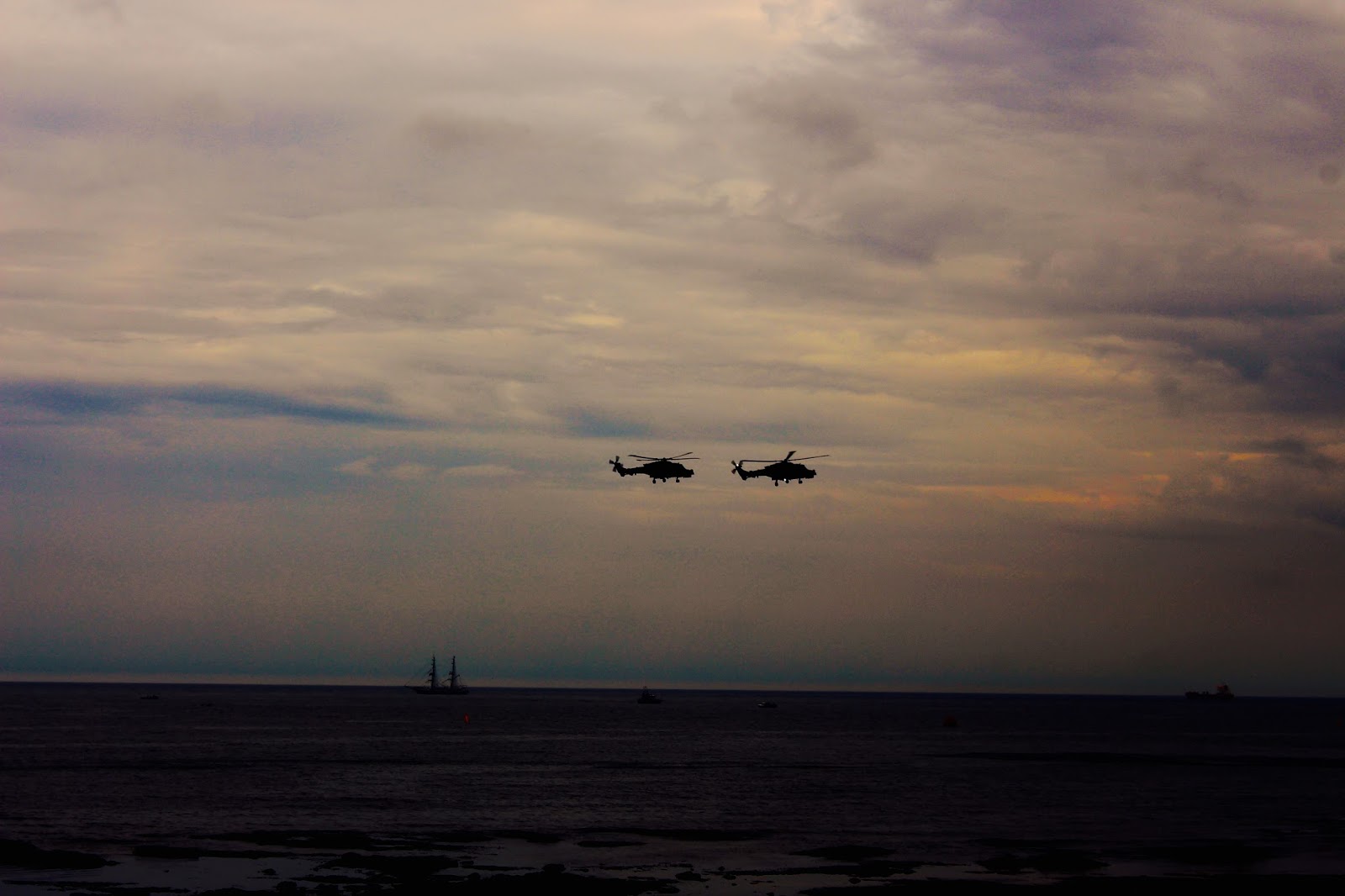 Over the weekend, Sunderland Air Show made its’ annual return to the North East. I was so keen to go last year but unfortunately couldn’t, so when I heard it was coming back, I had to go! 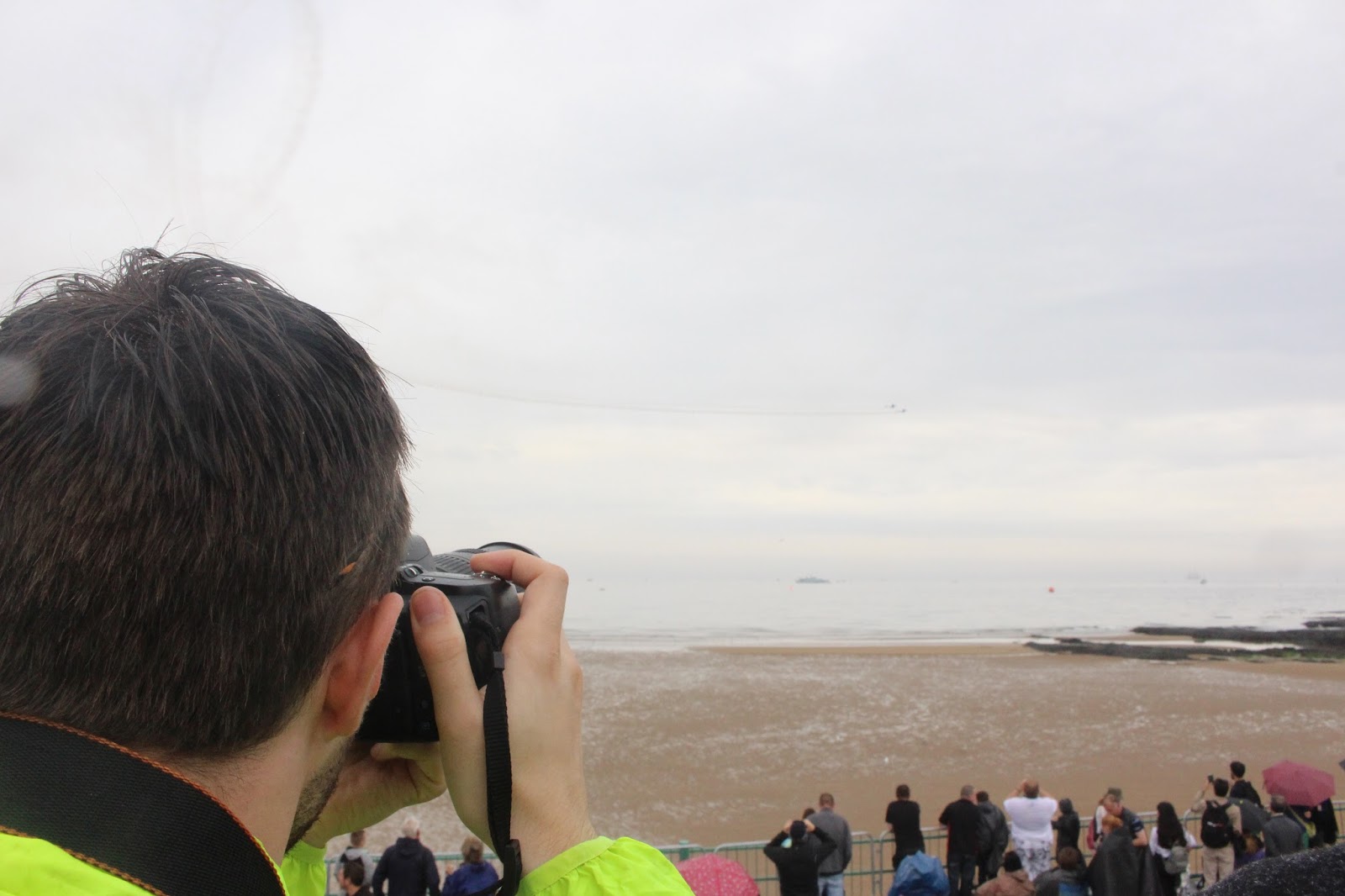 We arrived just as the air displays were beginning, but because of the overcast weather the cameras had real trouble picking the planes out of the sky even with the long lens.

The crowds were bustling, old and young (and plenty of dogs!) had come out for the event. It was only once I was there was I told it was the second largest free event in Europe- so no wonder there was a queue for the toilets! 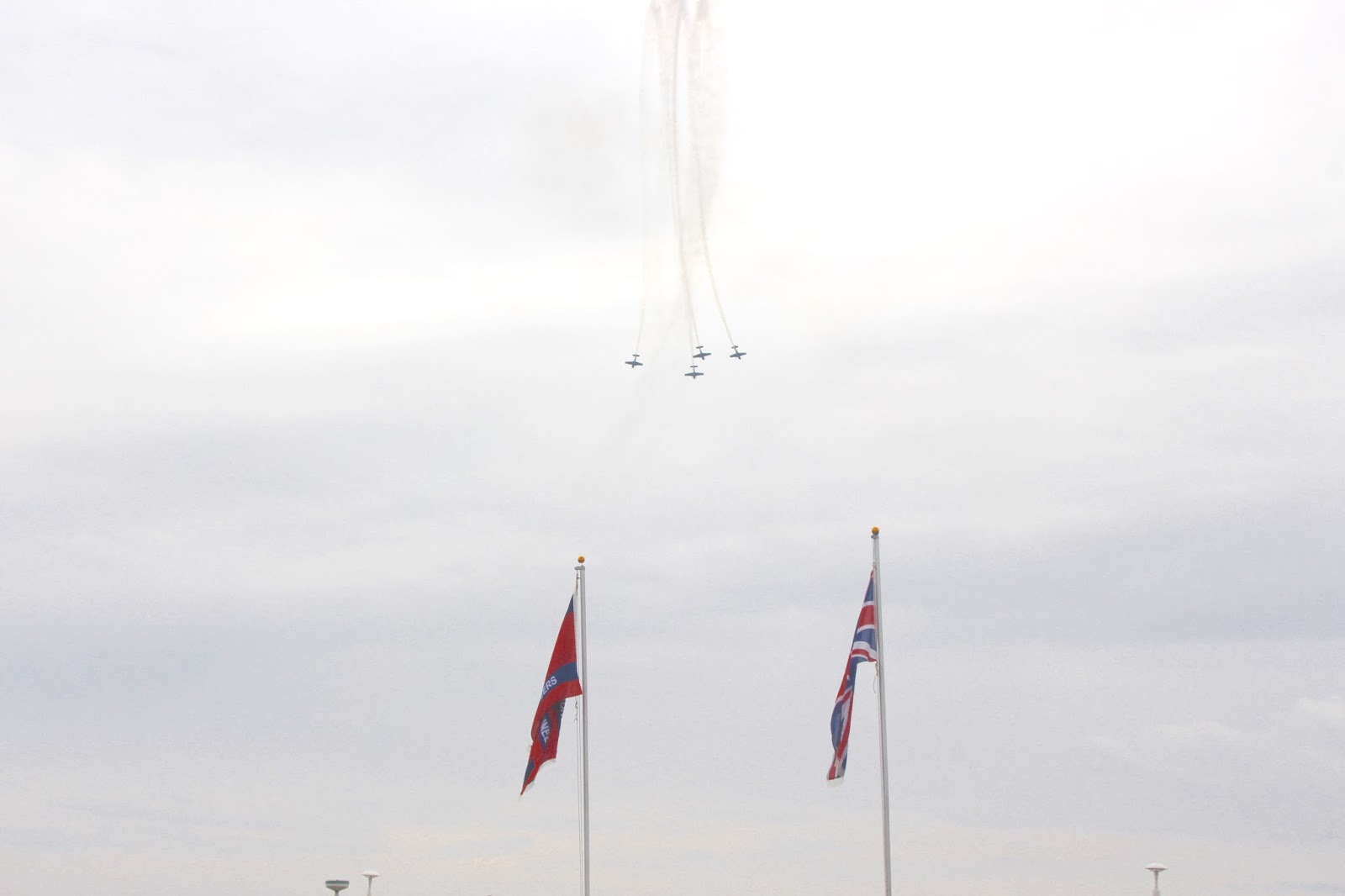 The displays began, and we pushed our way through to the front of the crowd in order to get the best view of the Battle of Britain memorial flights. This was the 28th annual international air show and it really was great despite the weather. 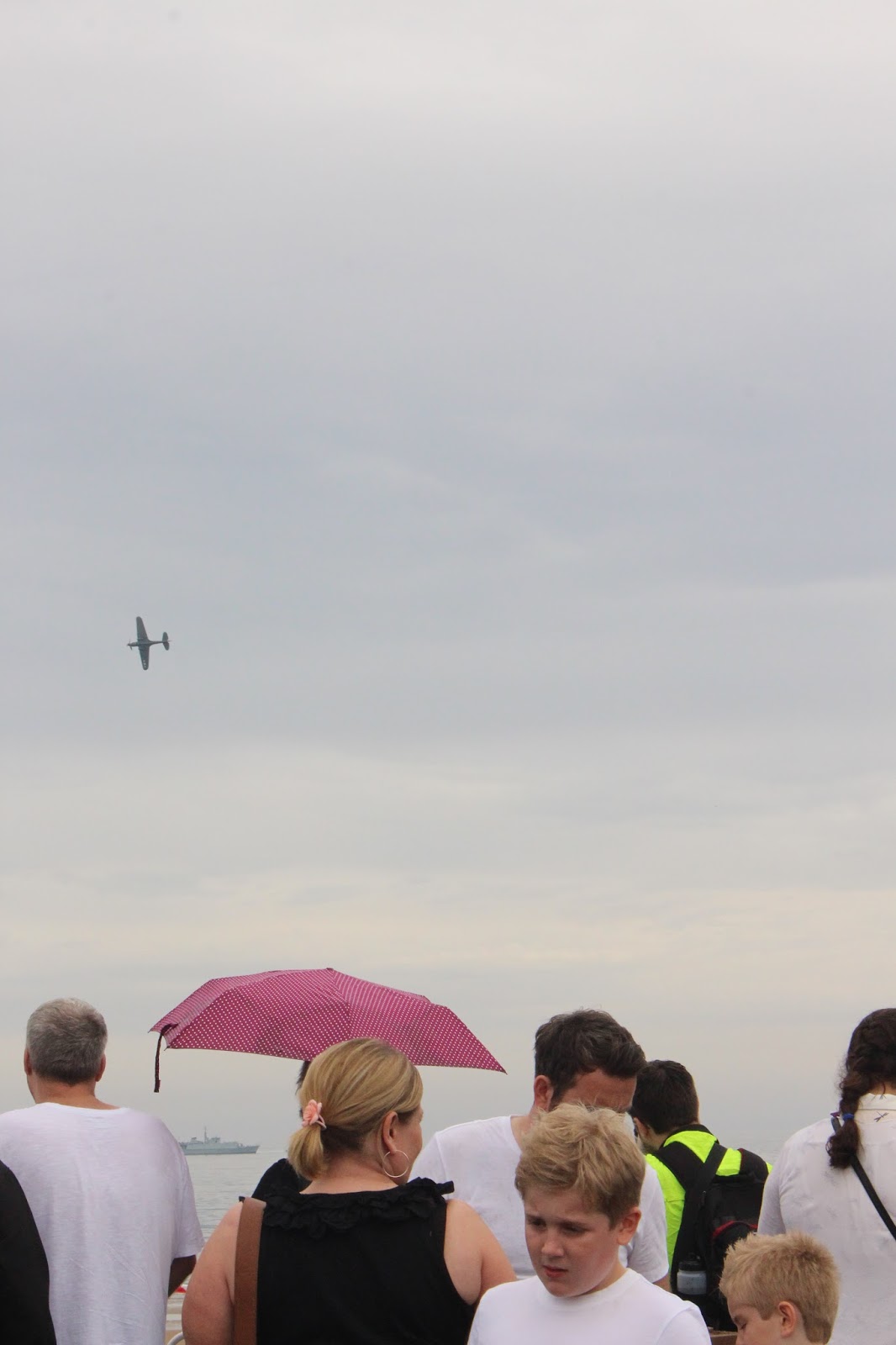 The planes took to the skies performing aerial displays that made everyone gasp! They performed throughout the afternoon despite the miserable rain and wind that had most of us running indoors. I was never so grateful for my baseball cap or for the many tents.

The village was filled with tents and activities from all the armed forces, from being able to explore inside a Chinook to a flight simulator where you could experience the Typhoon. 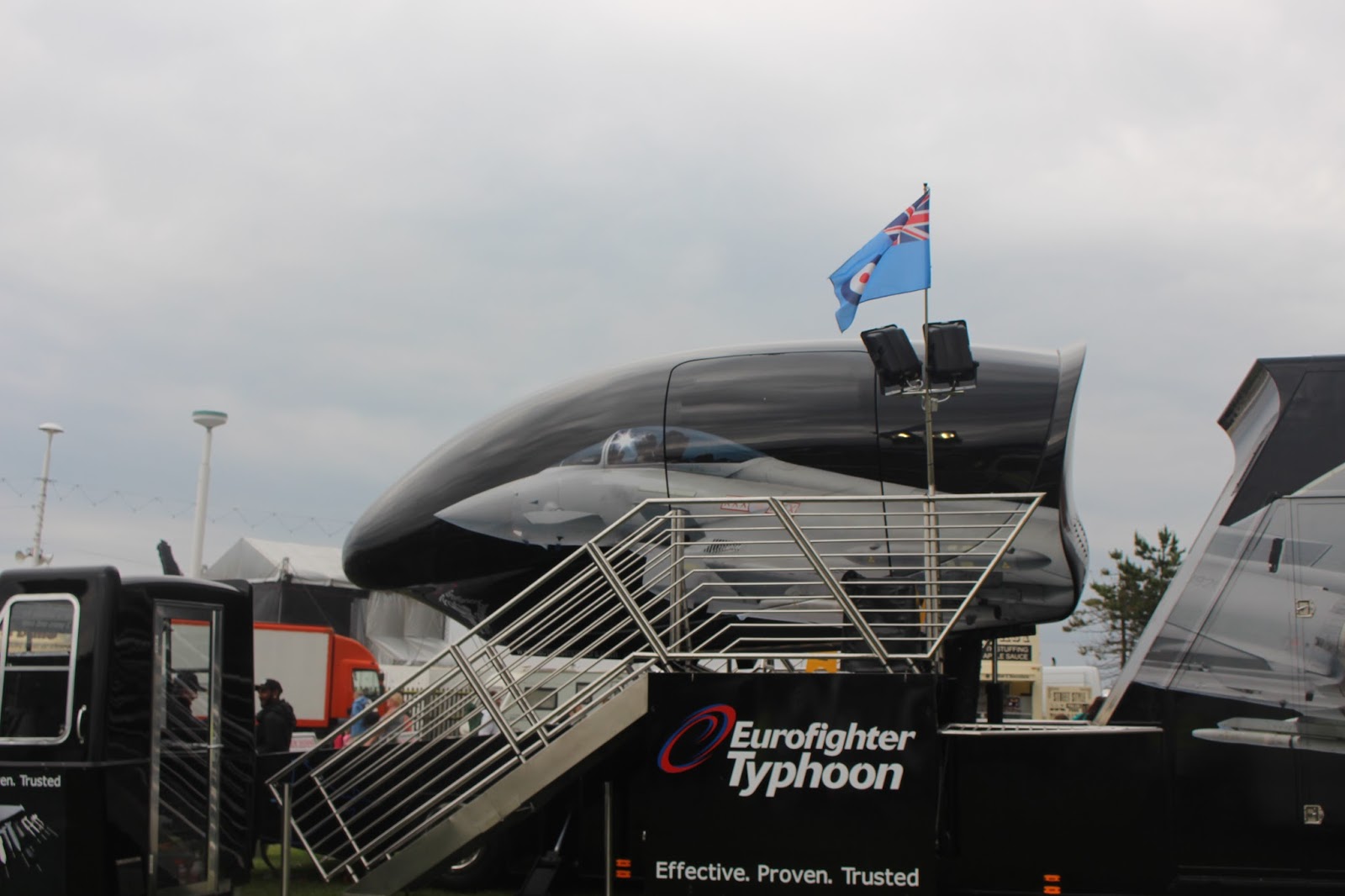 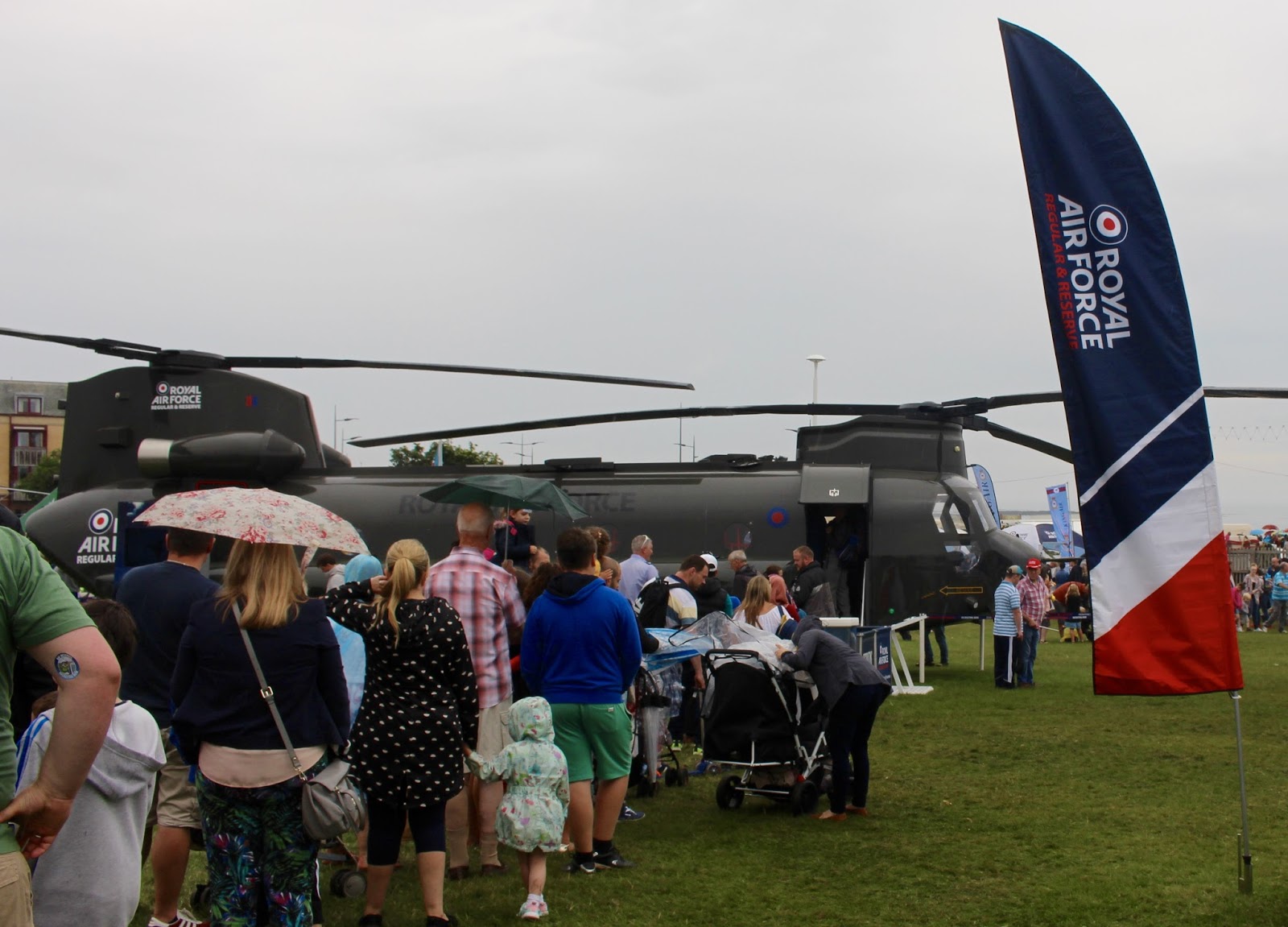 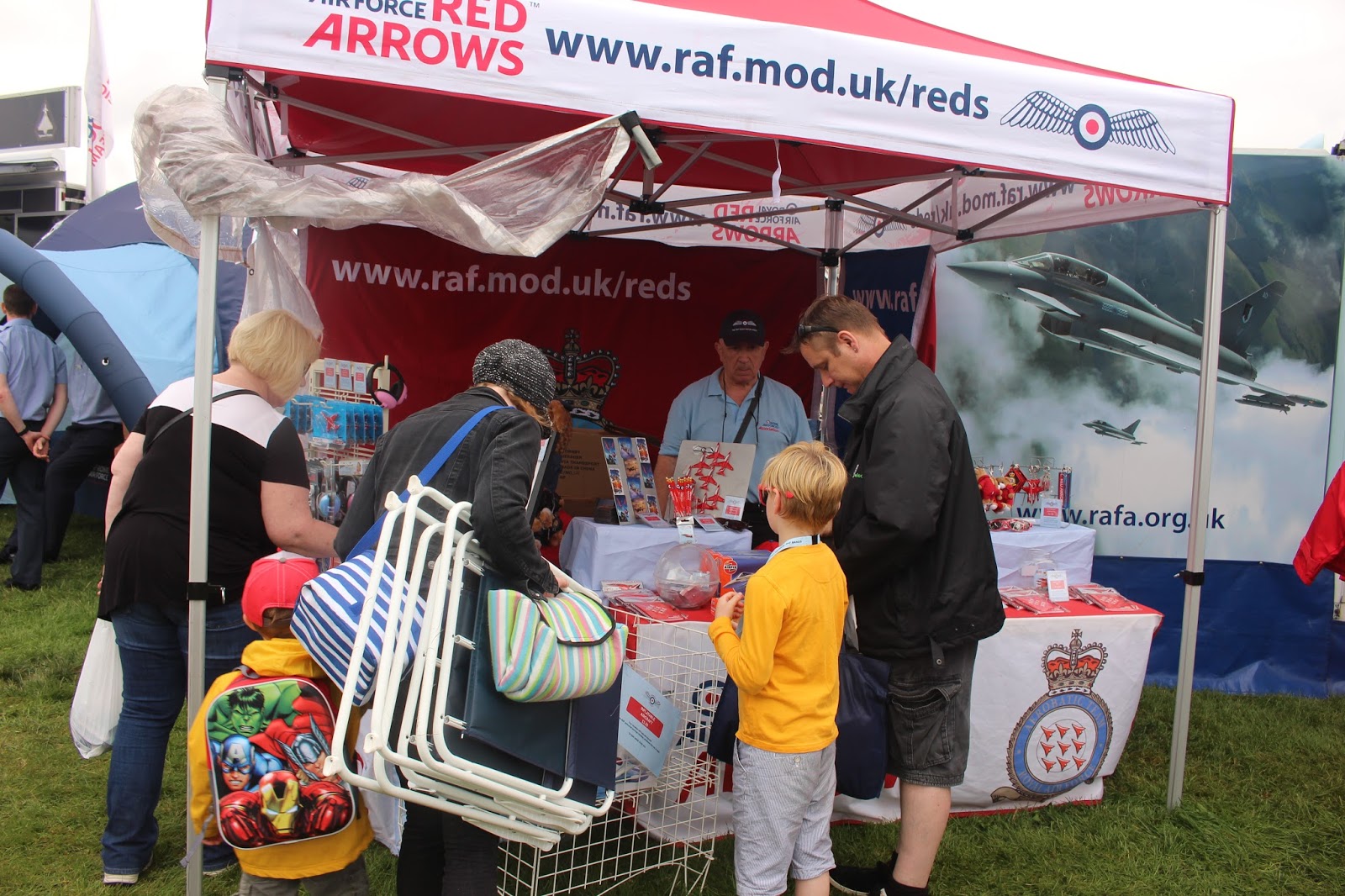 Dotted all around were parked military vehicles that children were clambering allover and having their photos taken and getting stickers in return. All in all, a good day out for many families even though the weather was typically grim for the North East. 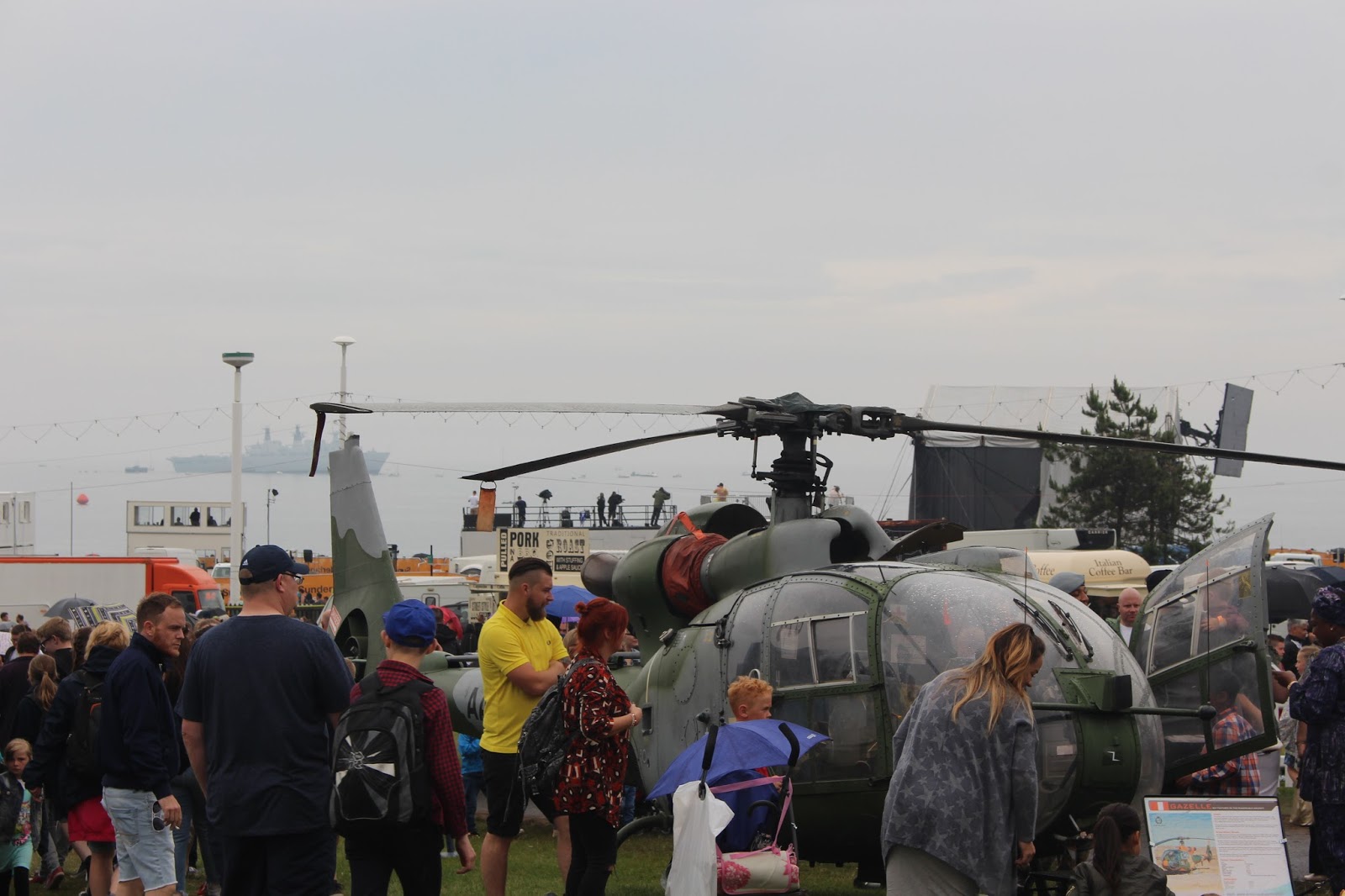 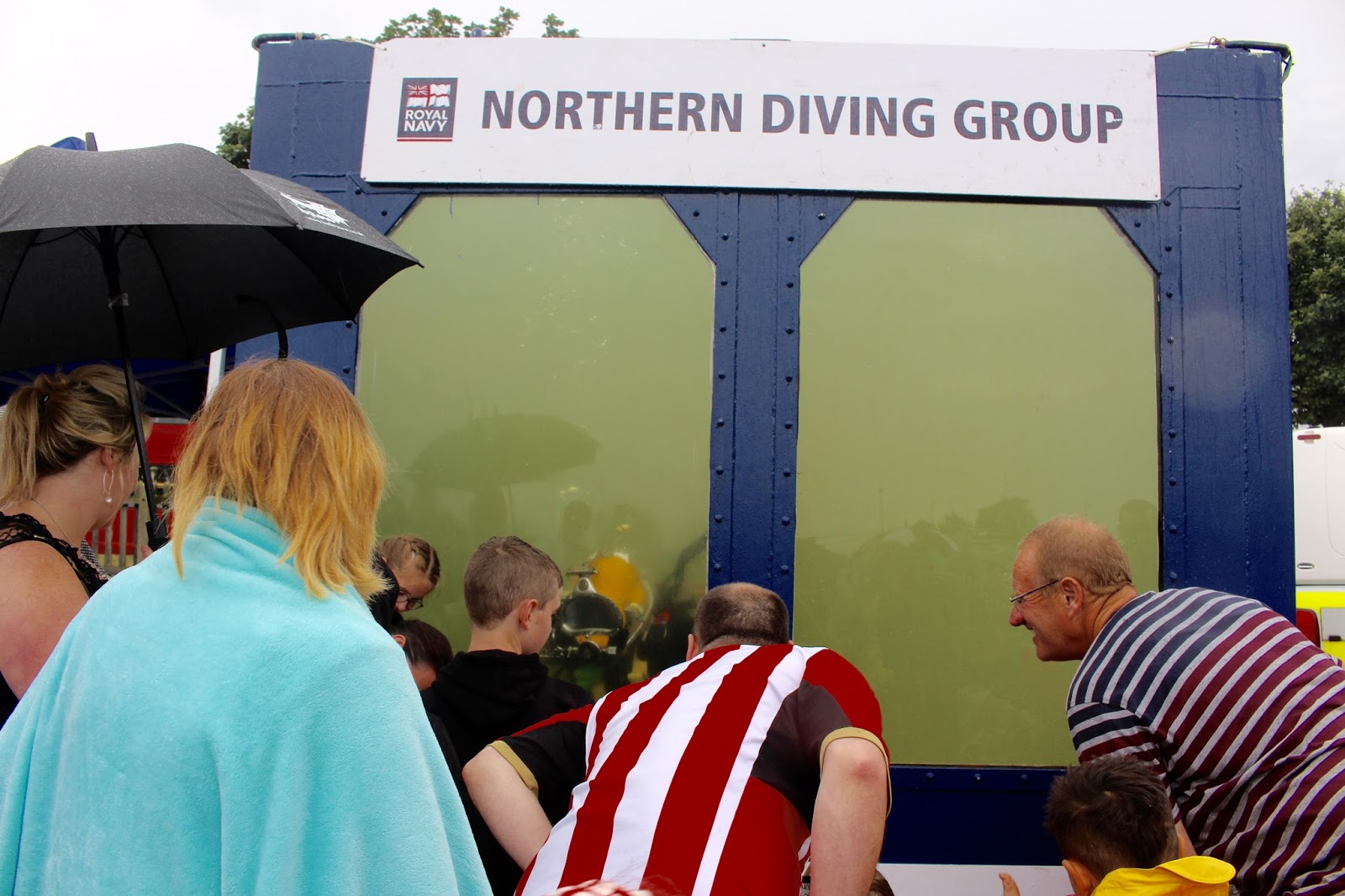 This man didn’t even need the tank there was that much rain! It was brilliant to watch the children wave at him whilst we all watched on. You know it’s wet when the local morrisons was having to restock its towels because everyone was buying them! 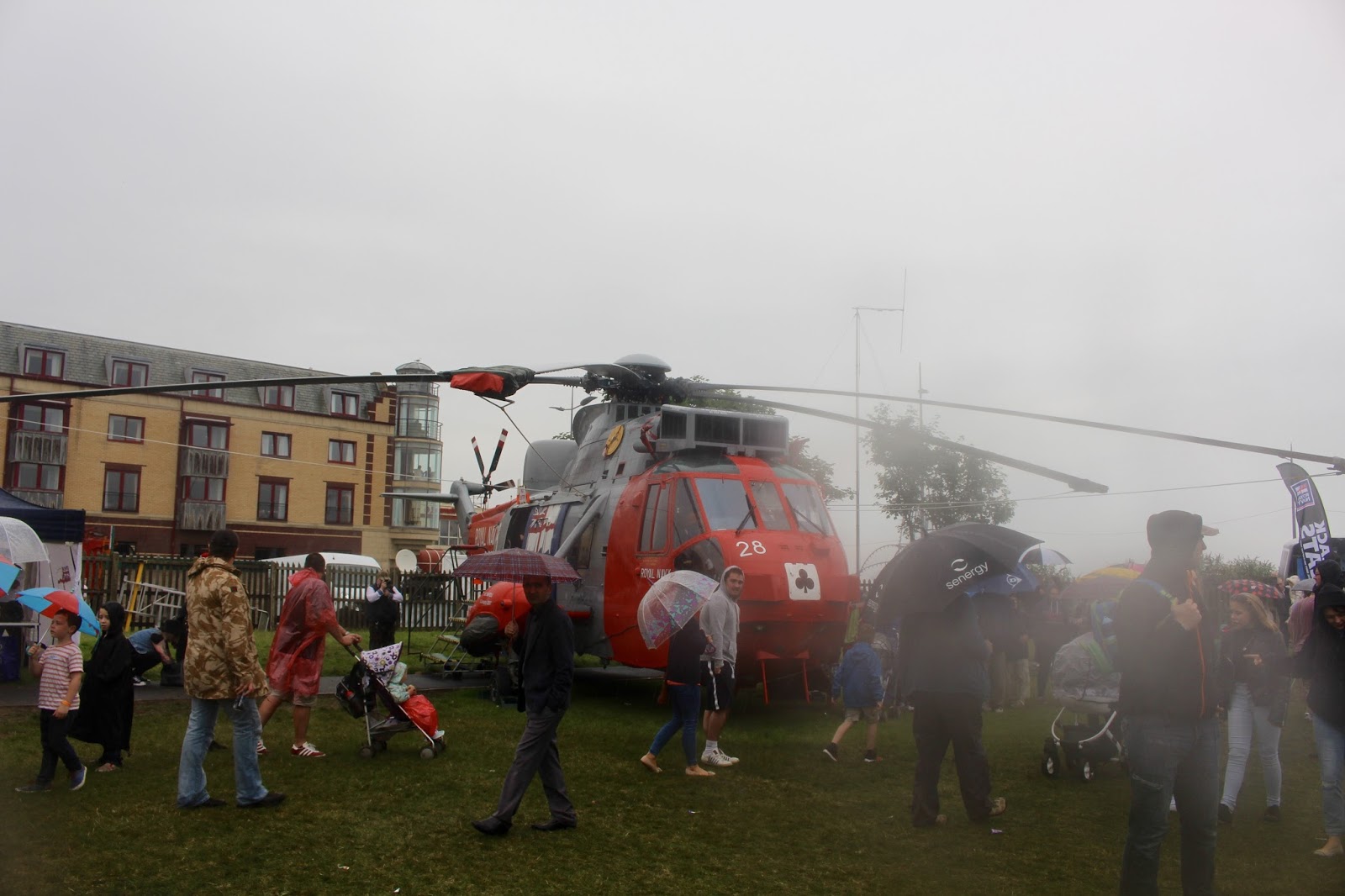 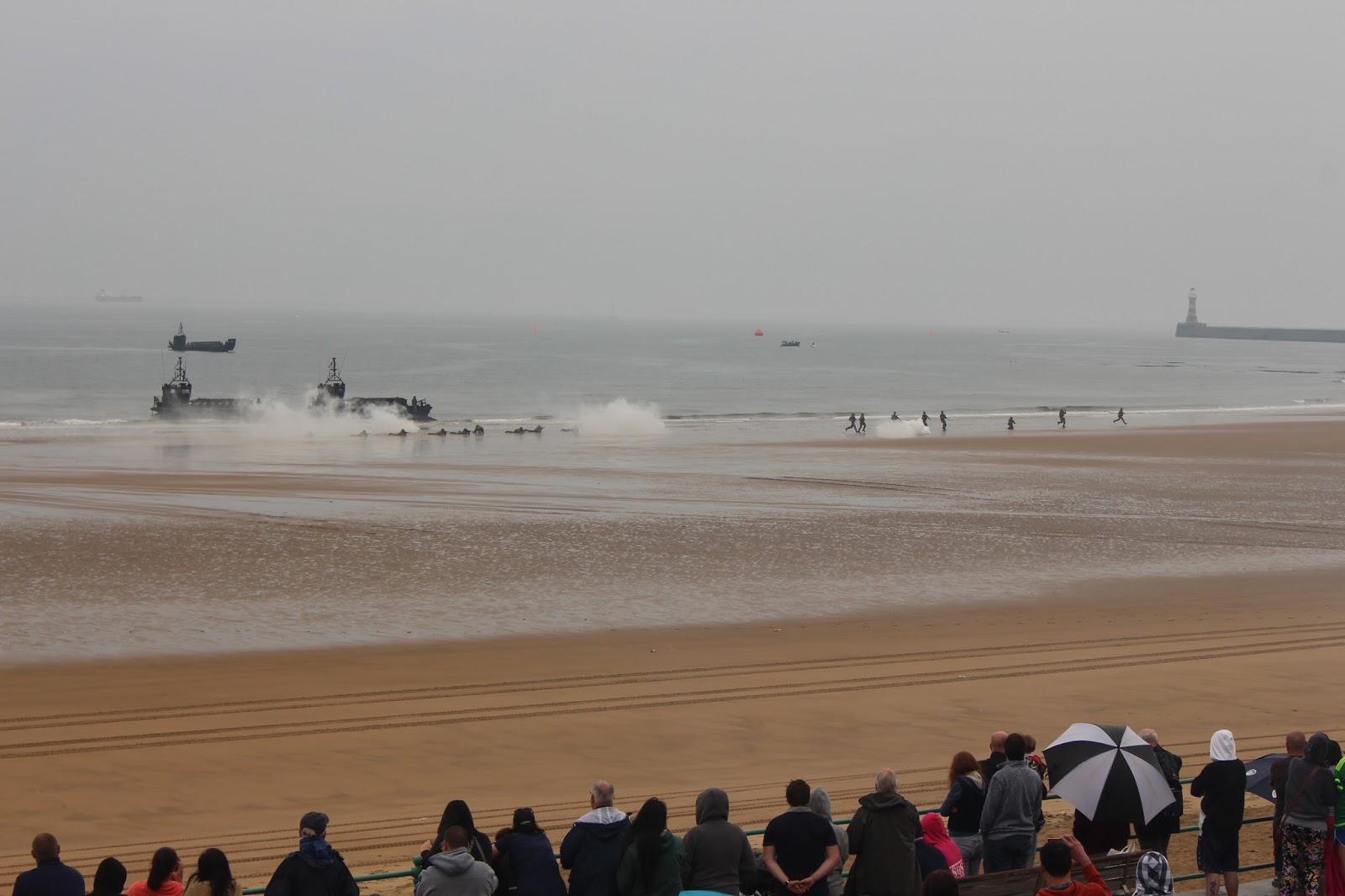 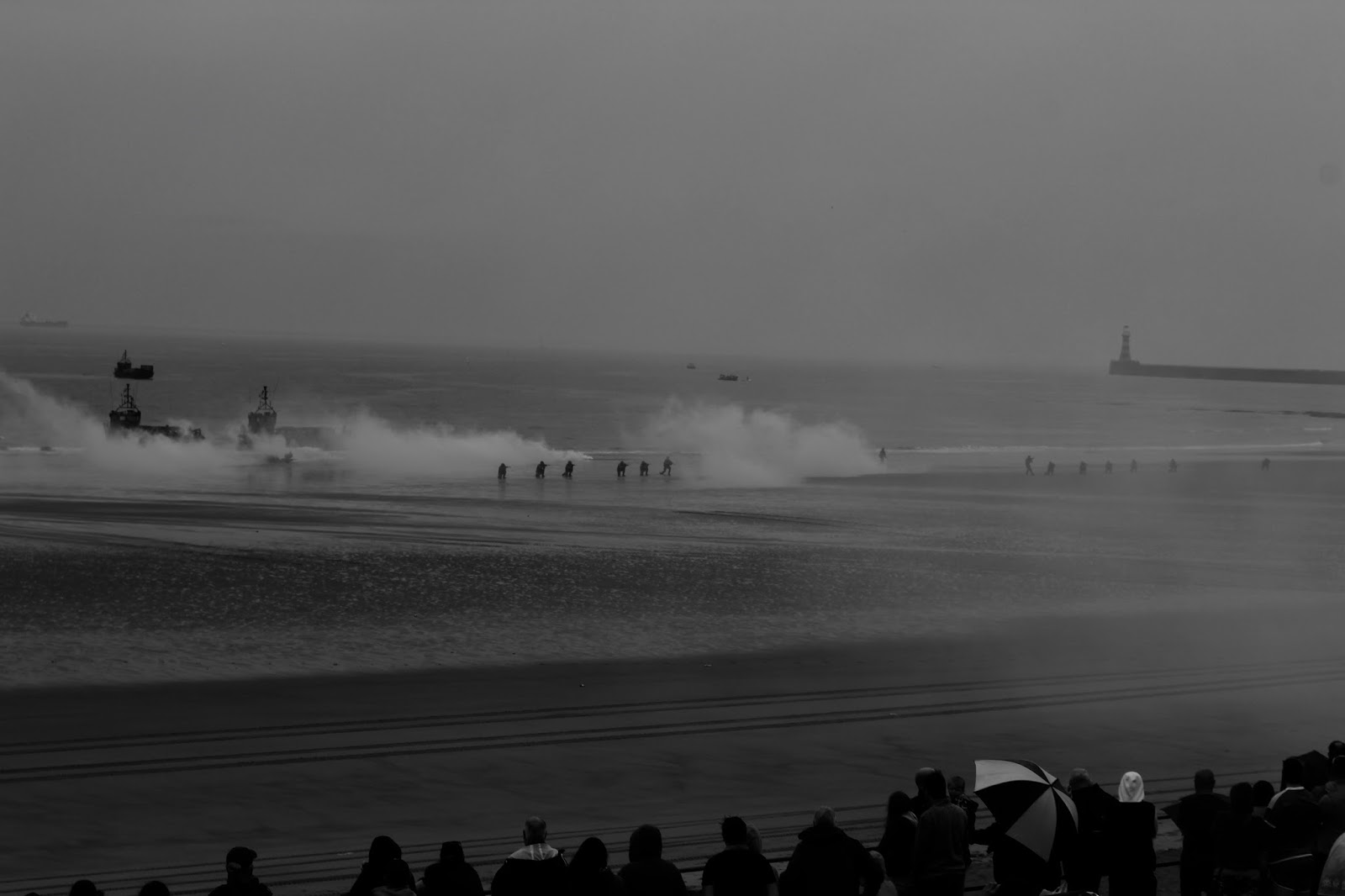 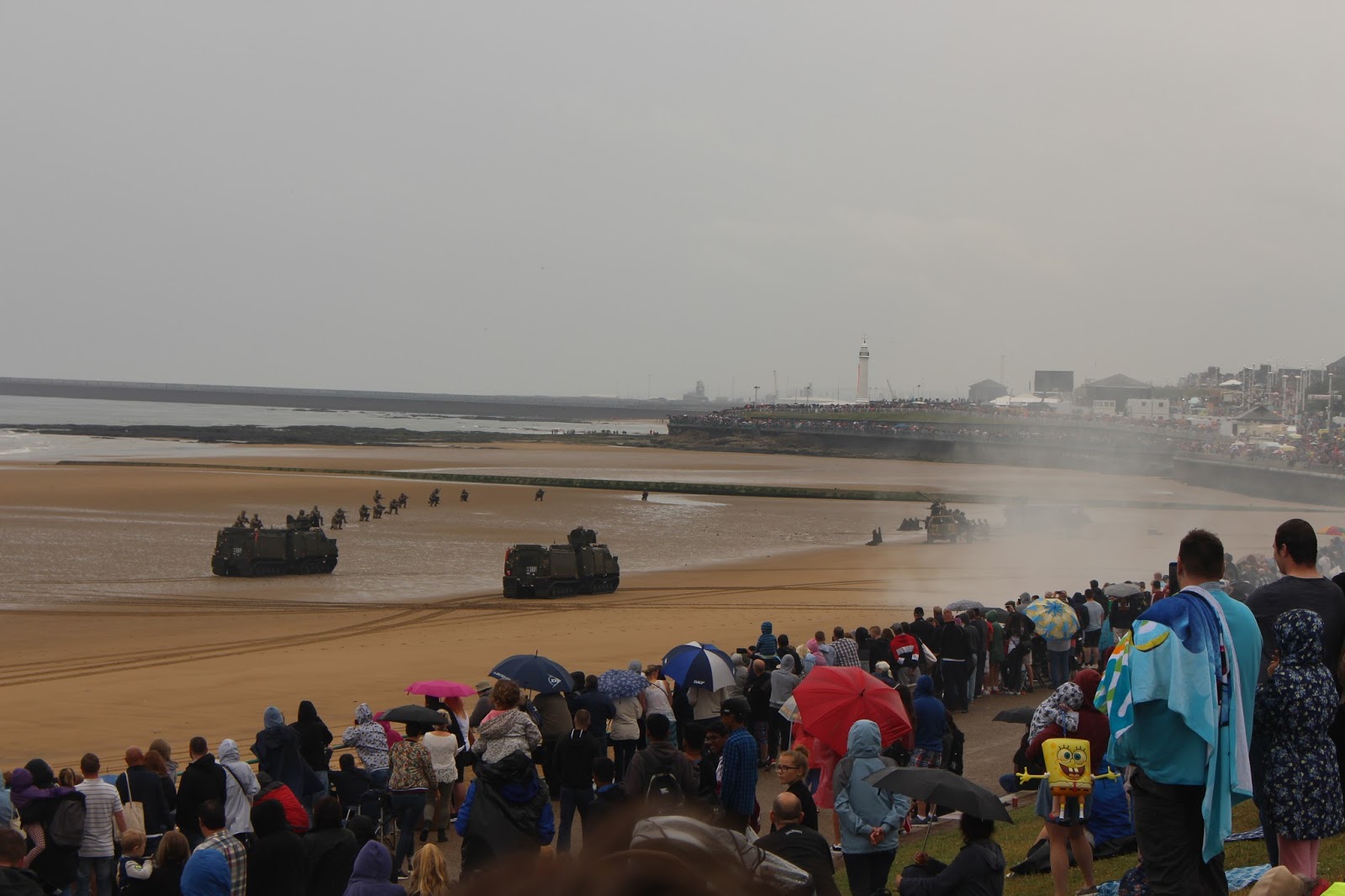 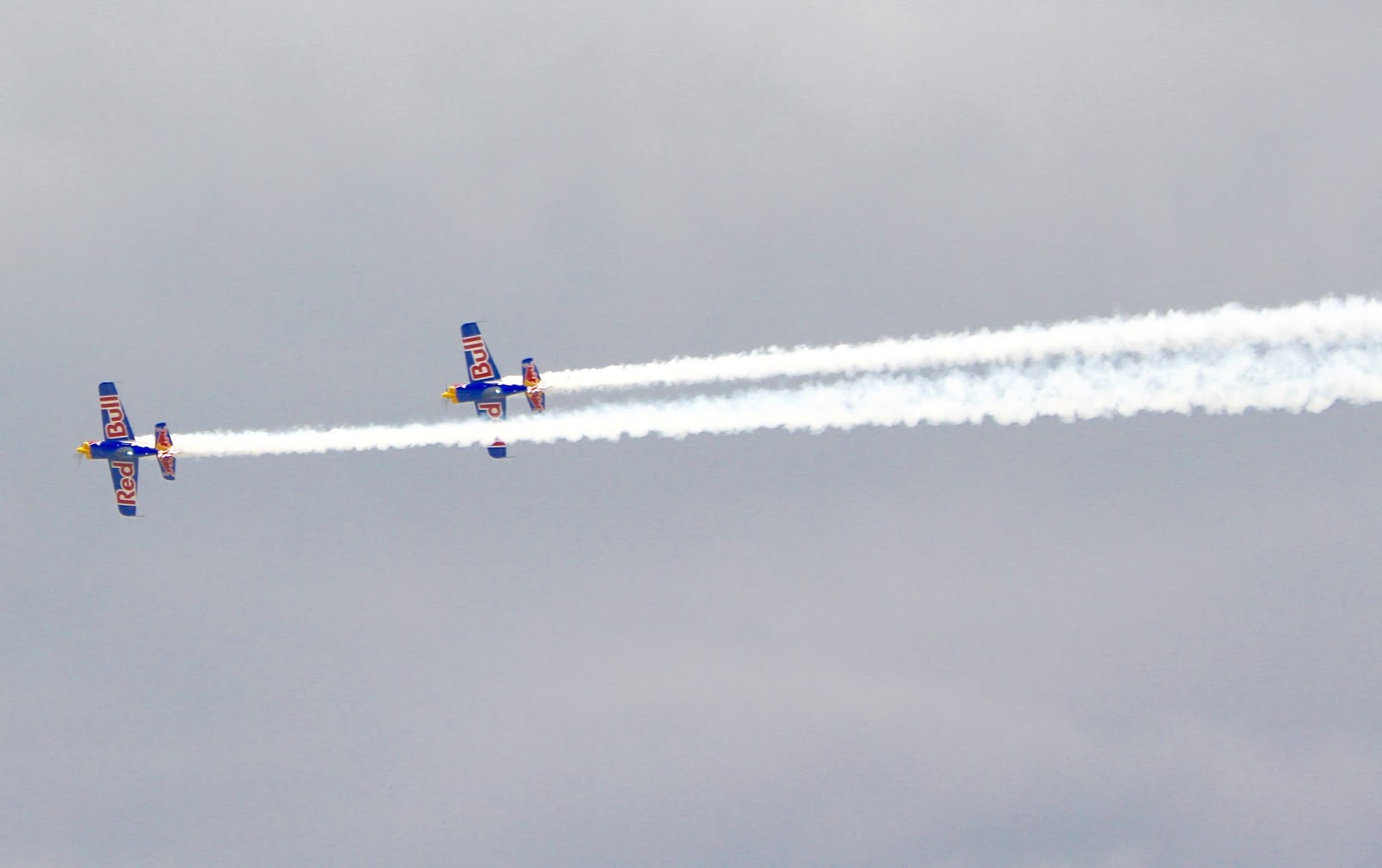 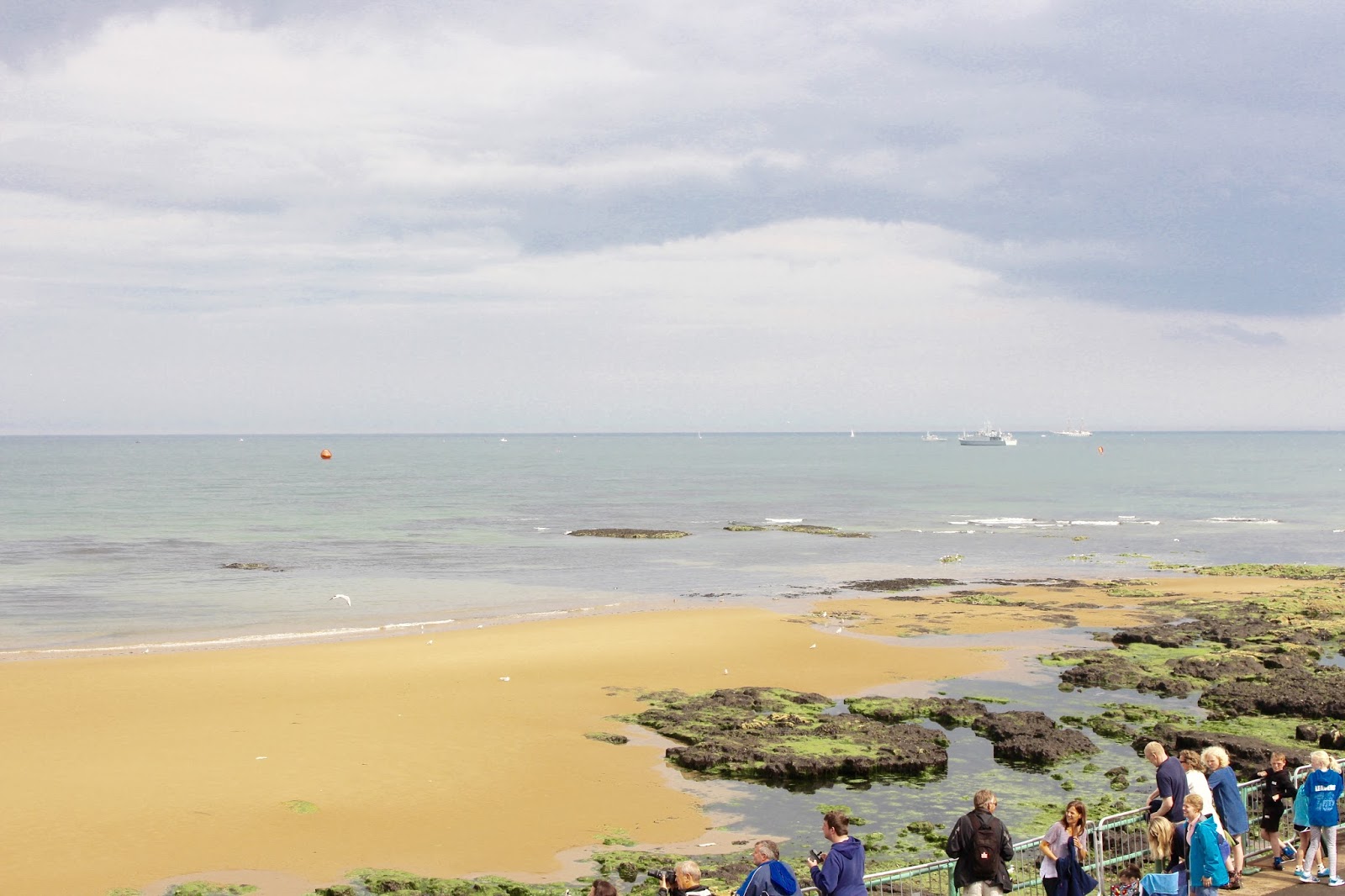 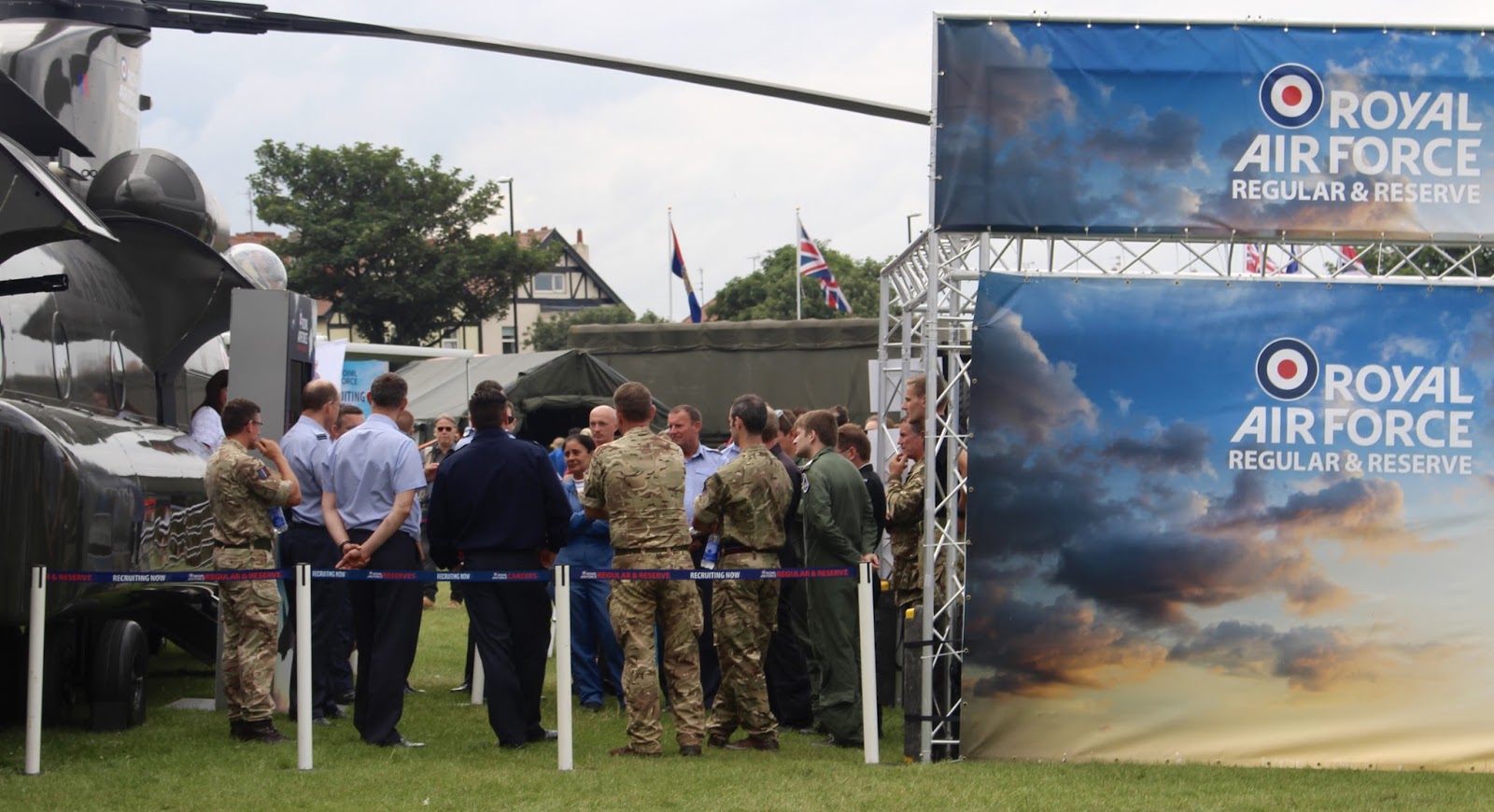 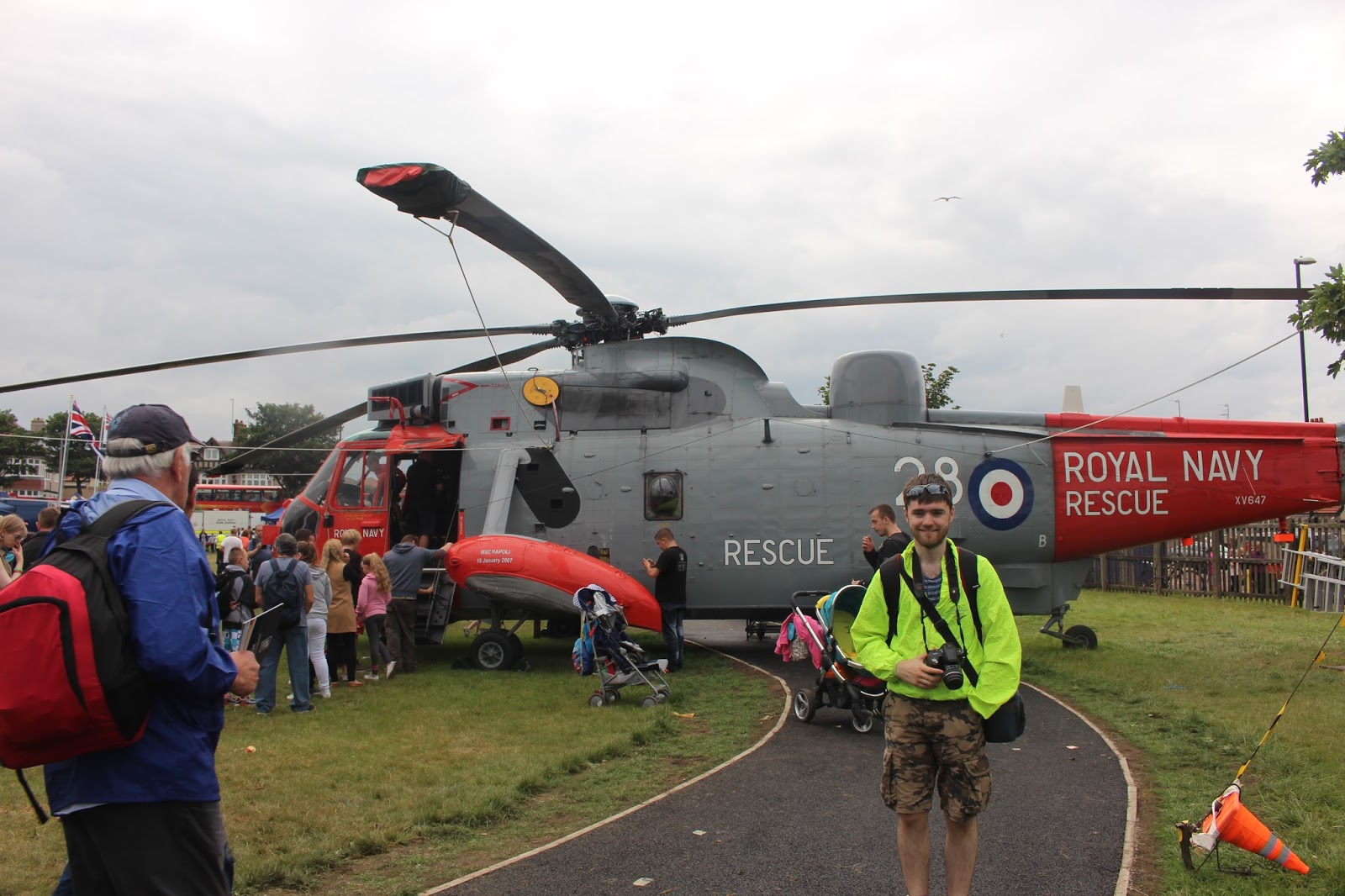 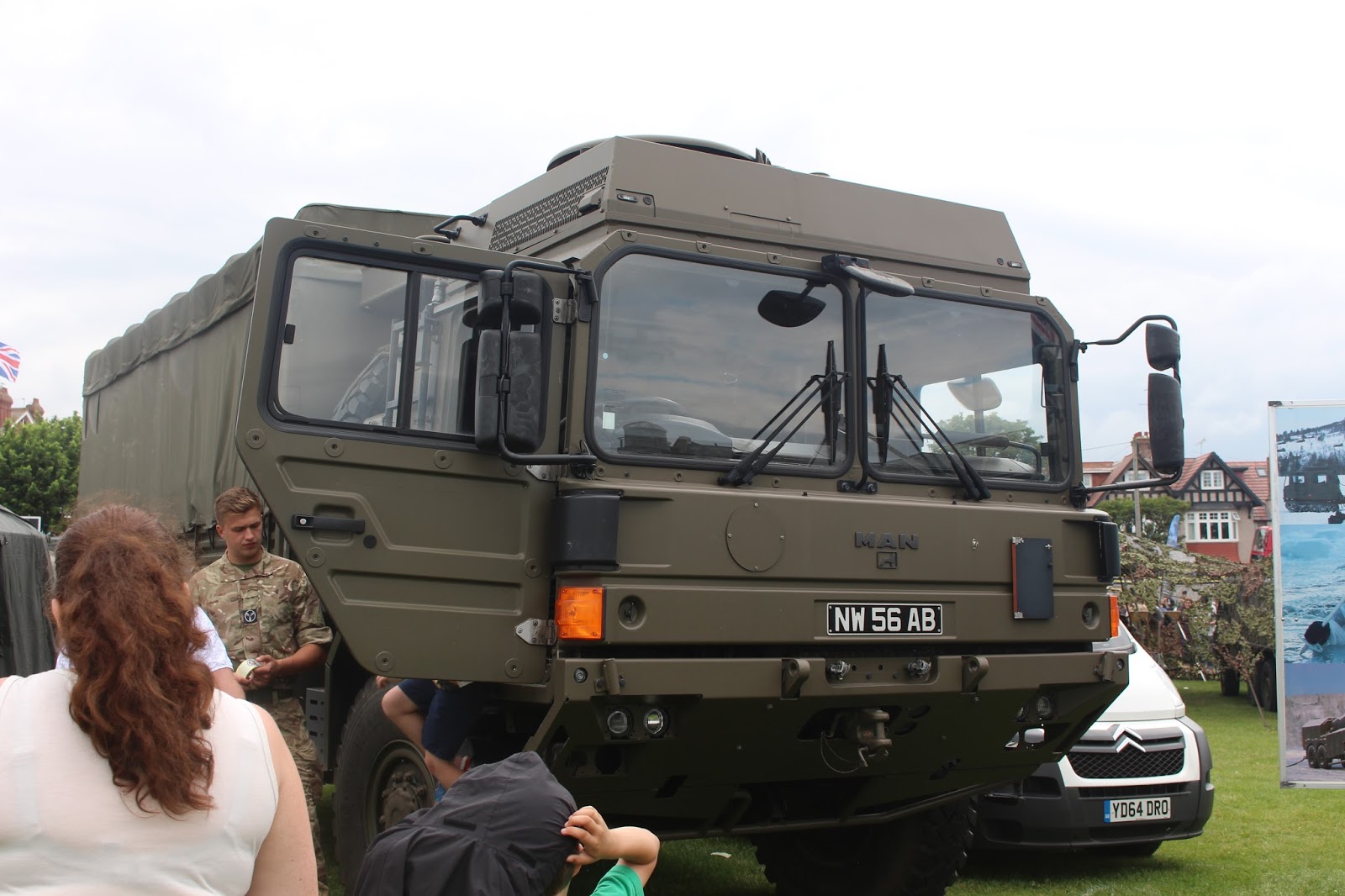 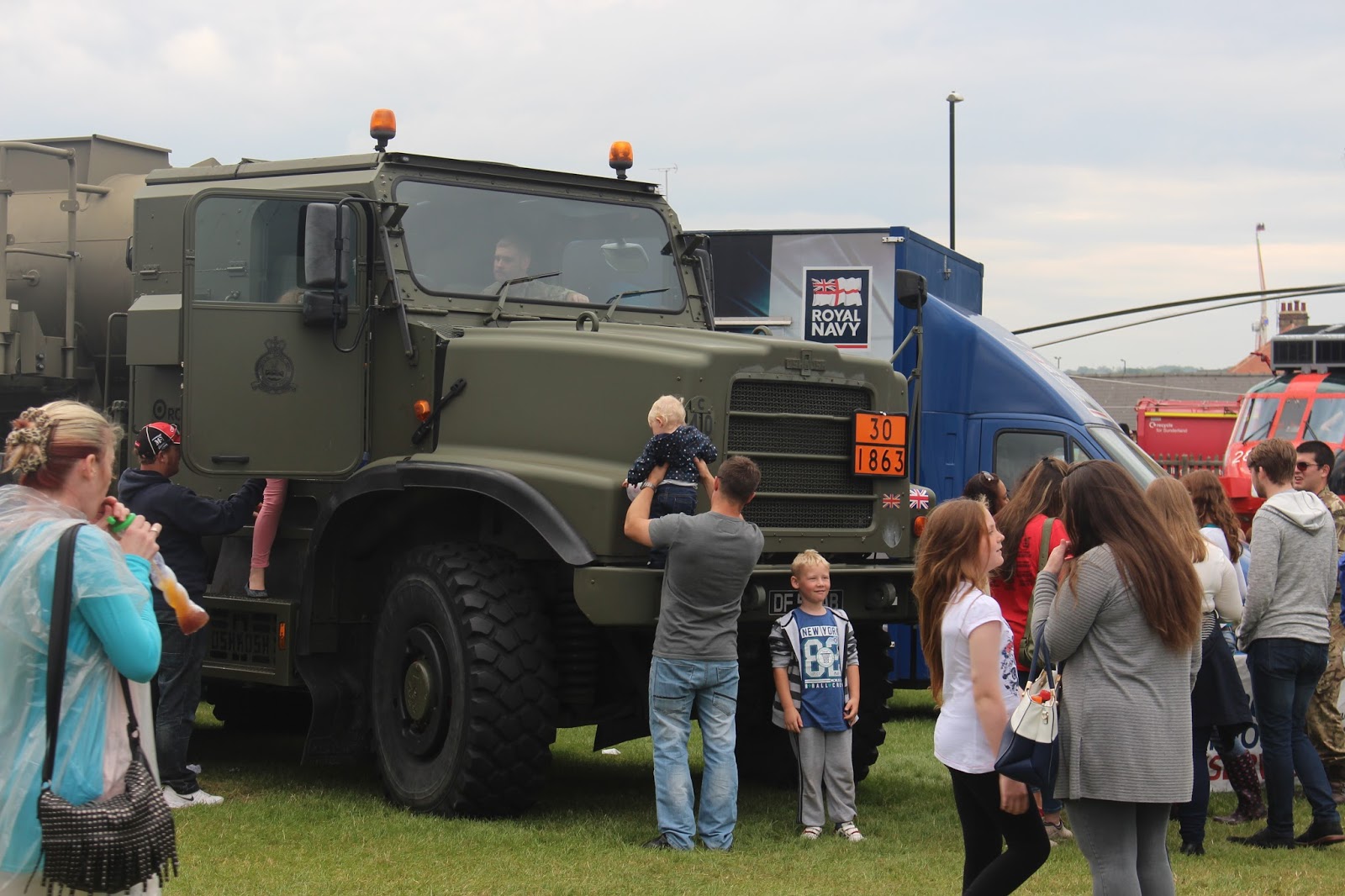 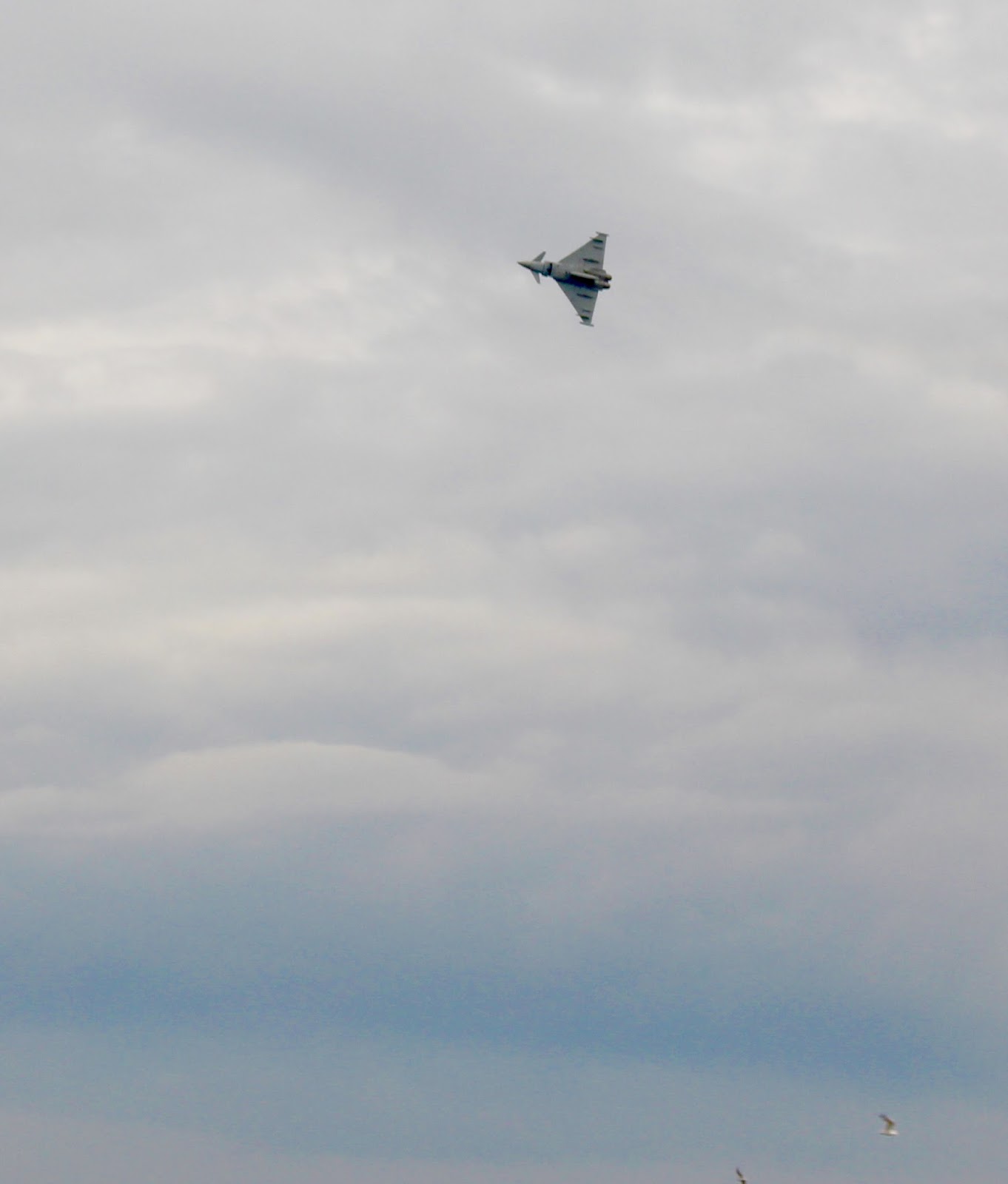 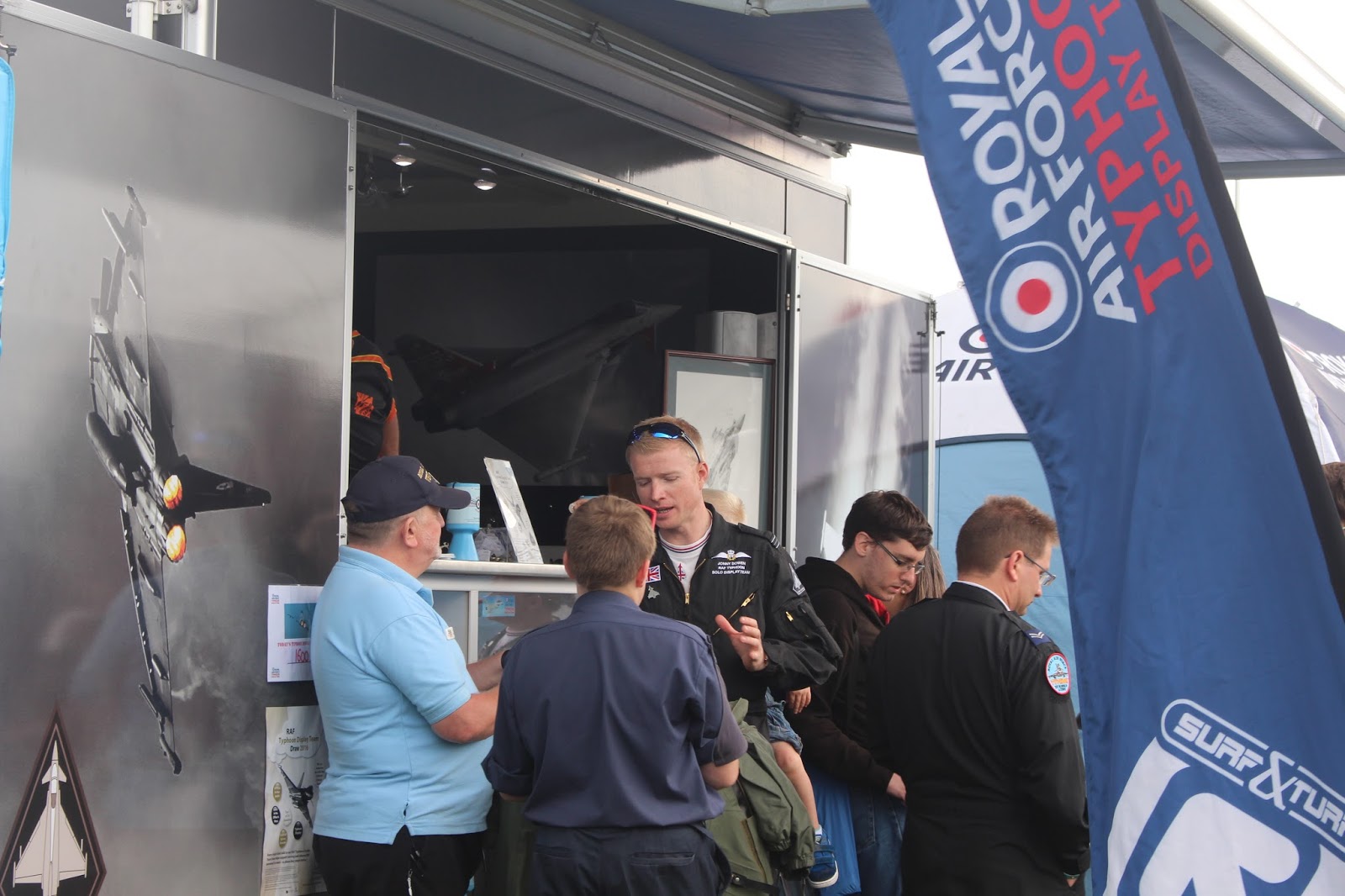 Overall I had a really good day out, and really enjoyed having an excuse to get the camera out again. Seeing the Typhoon was definitely the highlight. It was so loud it literally shook the floor and I  had to put my fingers in my ears because of the noise! We found out that the pilot has to wear special noise-cancelling headphones to deal with the sound.