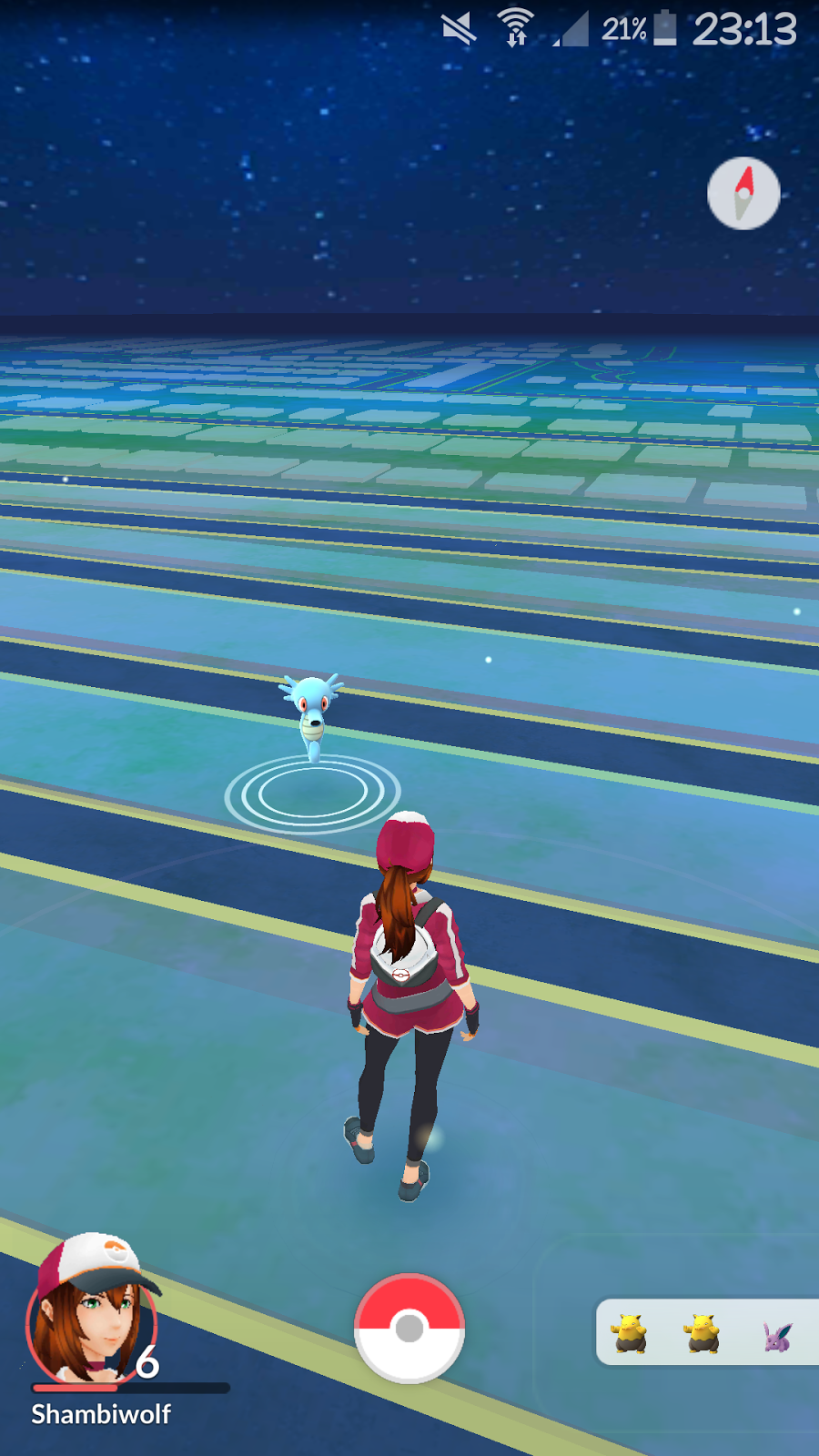 It’s absolute everywhere. Of course you’ve heard of it unless you’ve been living somewhere with no internet! The world wide craze is here and my god I’m in love with this game! 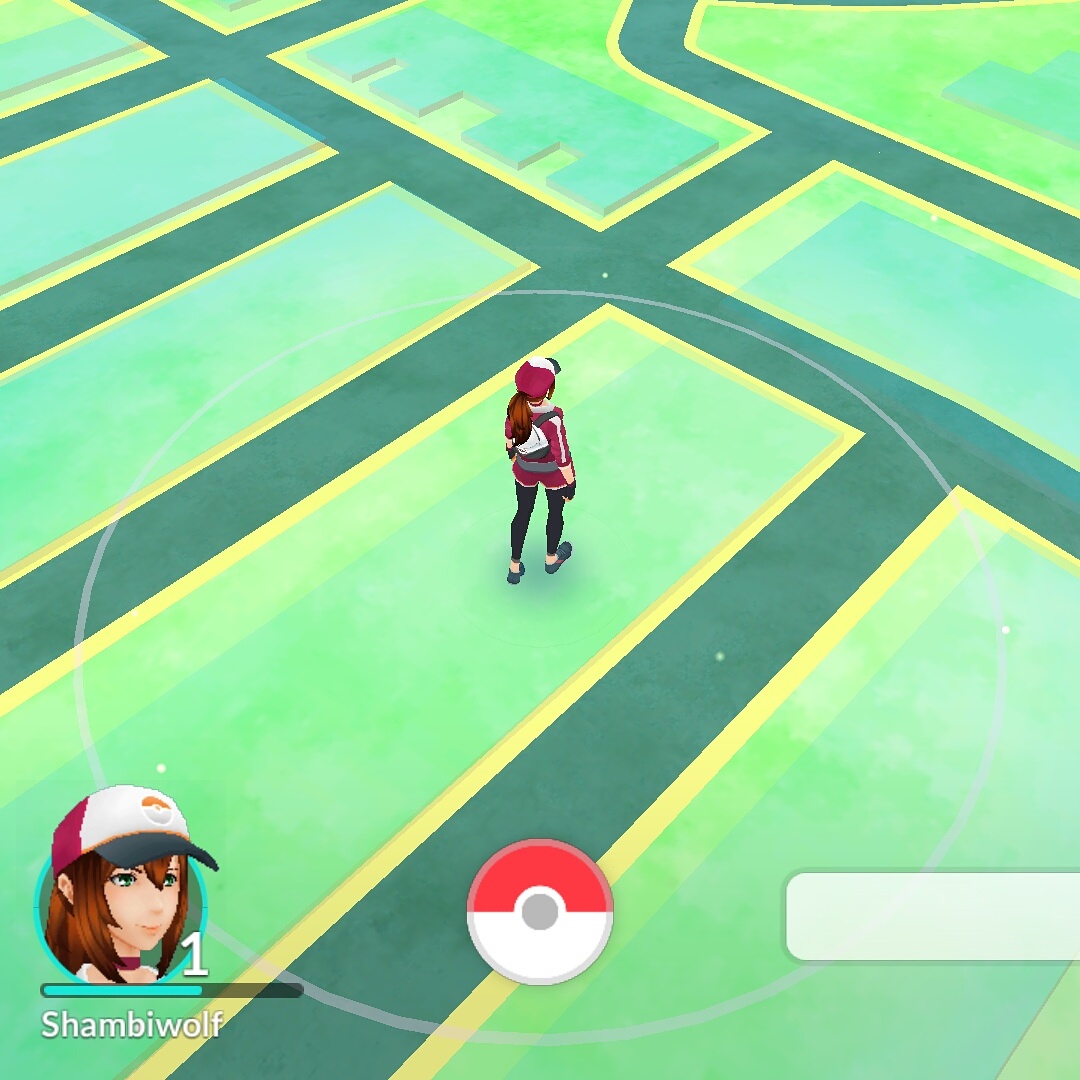 At first it took me ages to download this app. I woke up and was immediately told that it had been released in the UK and went straight to the play store to download it.

Unfortunately for me I was one of the unlucky android users that suffered with the problems of ‘no gps signal found’. My wifi, 4G and location services were on and it took everything from switching my phone off, closing the app, deleting and re-downloading to putting my phone into developer mode before I could finally use it. By this time, my friend already was level 3 and had been around the block already to see what they could find. 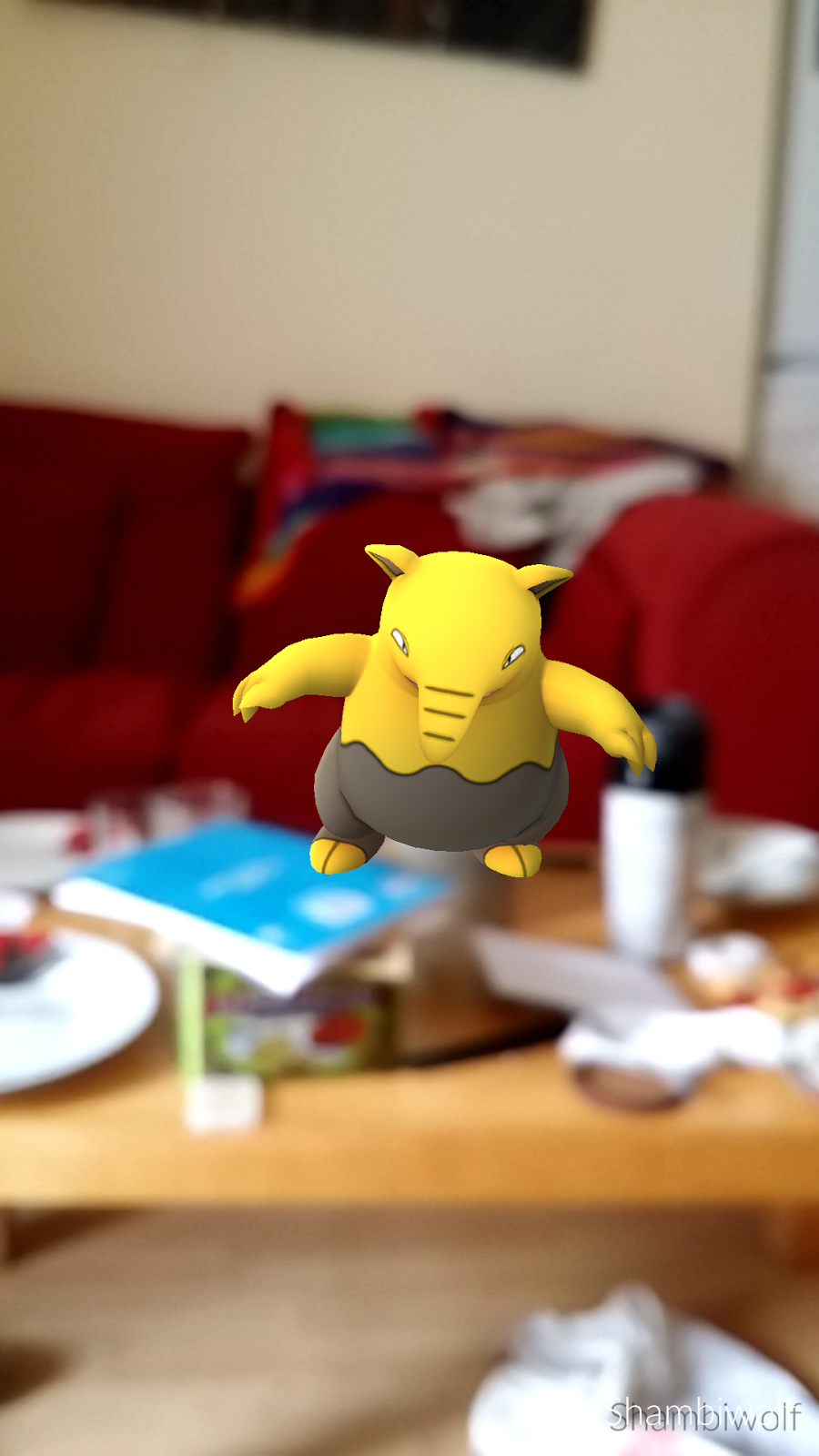 Once I got it going, I loved it! So great to interact with the world through an interactive map. A simpler version of google maps that mixes the virtual with the reality, it is truly the original game come to life.

Although somewhat basic at the moment I can see this growing into one of the biggest, long-lasting games you can get on your phone. There’s so many ways in which the game could grow and improve ( not including technical glitches) I can see it becoming another game of our generation.

I remember being under 5 and having JigglyPuff pyjamas and a huge plush pikachu backpack that I adored, but I was never really into the trading card part of it.

I enjoyed drawing the pokemon and watching the movies, and treated what I had of Pokemon more as pets, rather than battle animals. I always wanted the game on DS but never got it! I finally feel like I can finally get on the pokemon bandwagon! 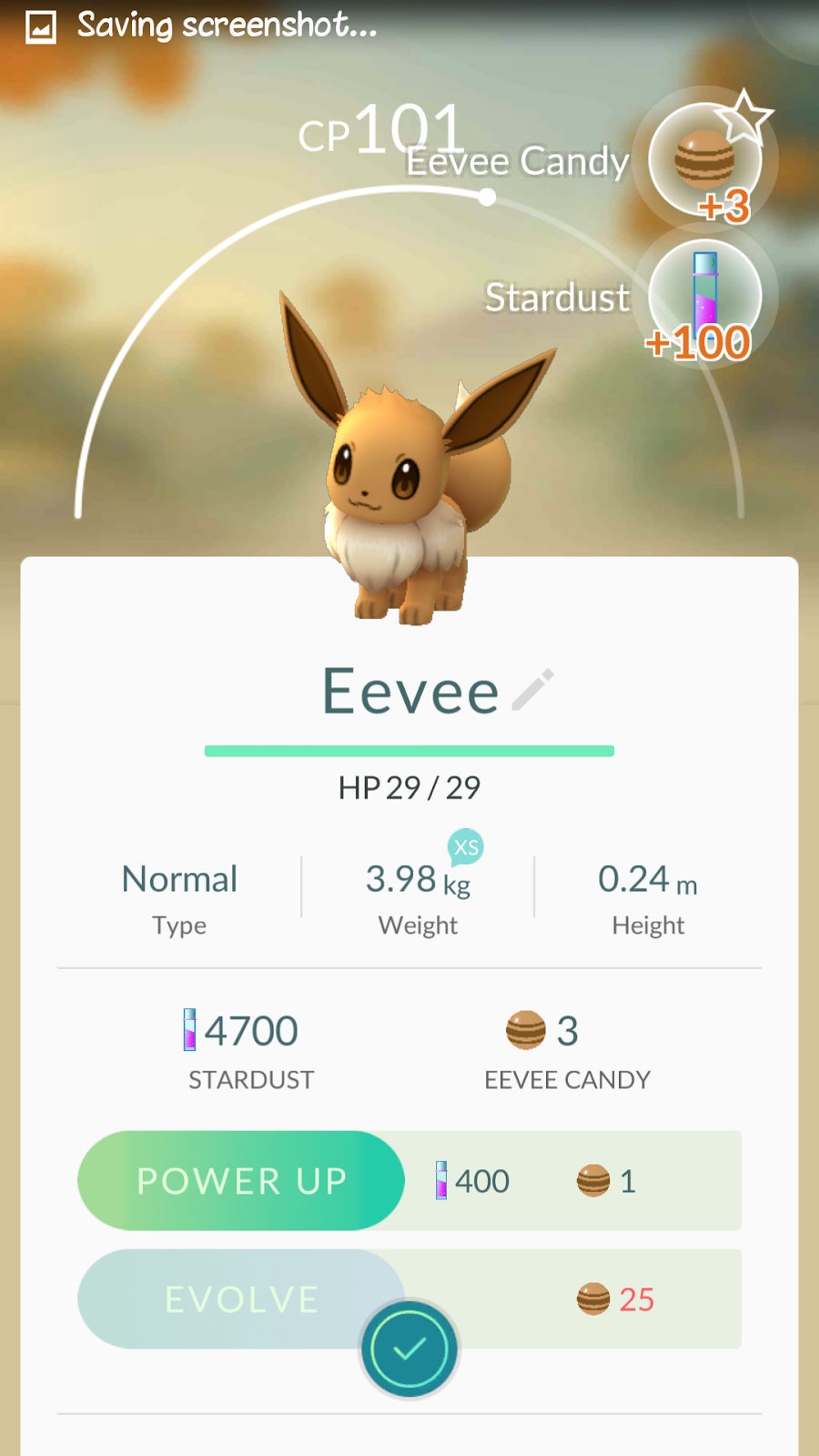 Eevee was always one of my favourite pokemon and when we started playing, all I could find were drowzees or jynxs! I literally screamed when this appeared outside the house! So cute!

Andrew’s flat and I all downloaded it within a day, and we took to the streets of the local area looking for Pokemon. 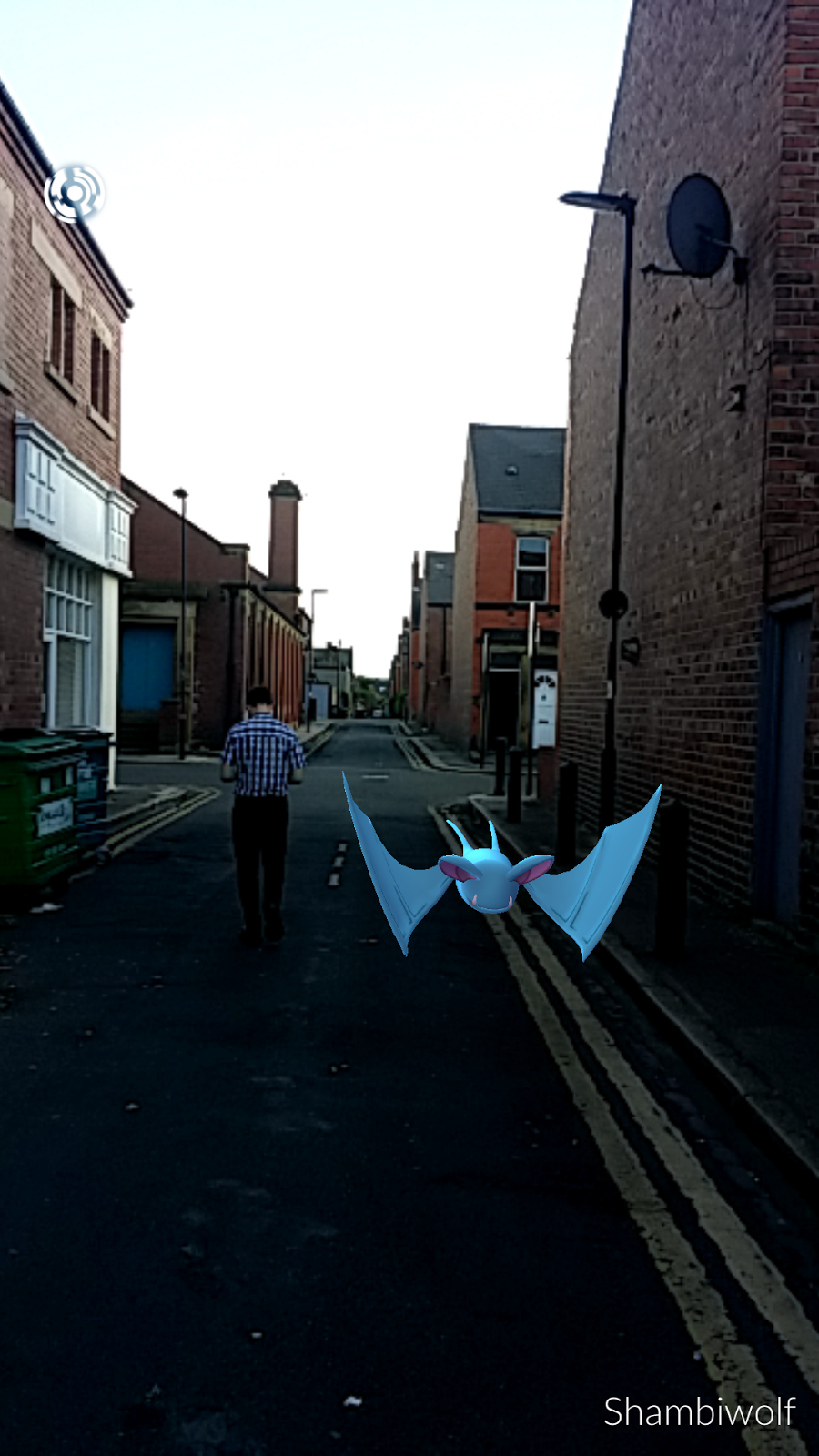 I think it’s such a cool idea that PokeStops and gyms are out there in community locations. We walked to the local metro and past the local pool and got so many pokeballs and other goodies. Plus, if you’re like me and you’re looking to lose weight or get a bit fitter, all the walking adds up!

Just going for a quick wander around the local area gained me 20% of my daily calorie burn- around 200 calories! Could apps like this be the way to get us all off our bums and out there getting fitter and having fun? 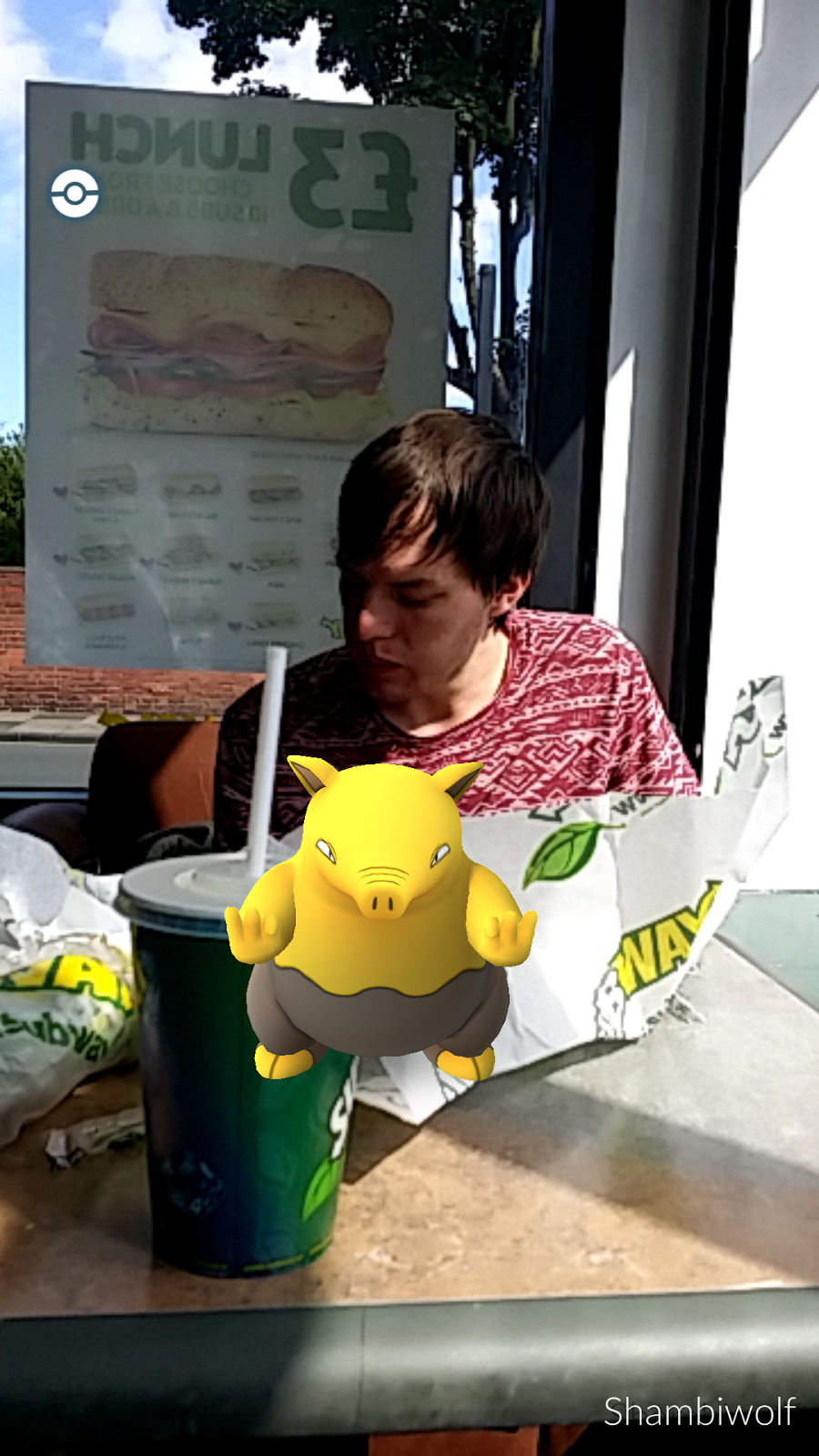 Ryan and I headed out to grab lunch whilst the others were at work and we caught so many in the streets around the house! On his way to work, he upped his levels and the amount he caught by taking the metro!

That night we went out to the pubs on the Quayside and caught more pokemon on the way home. 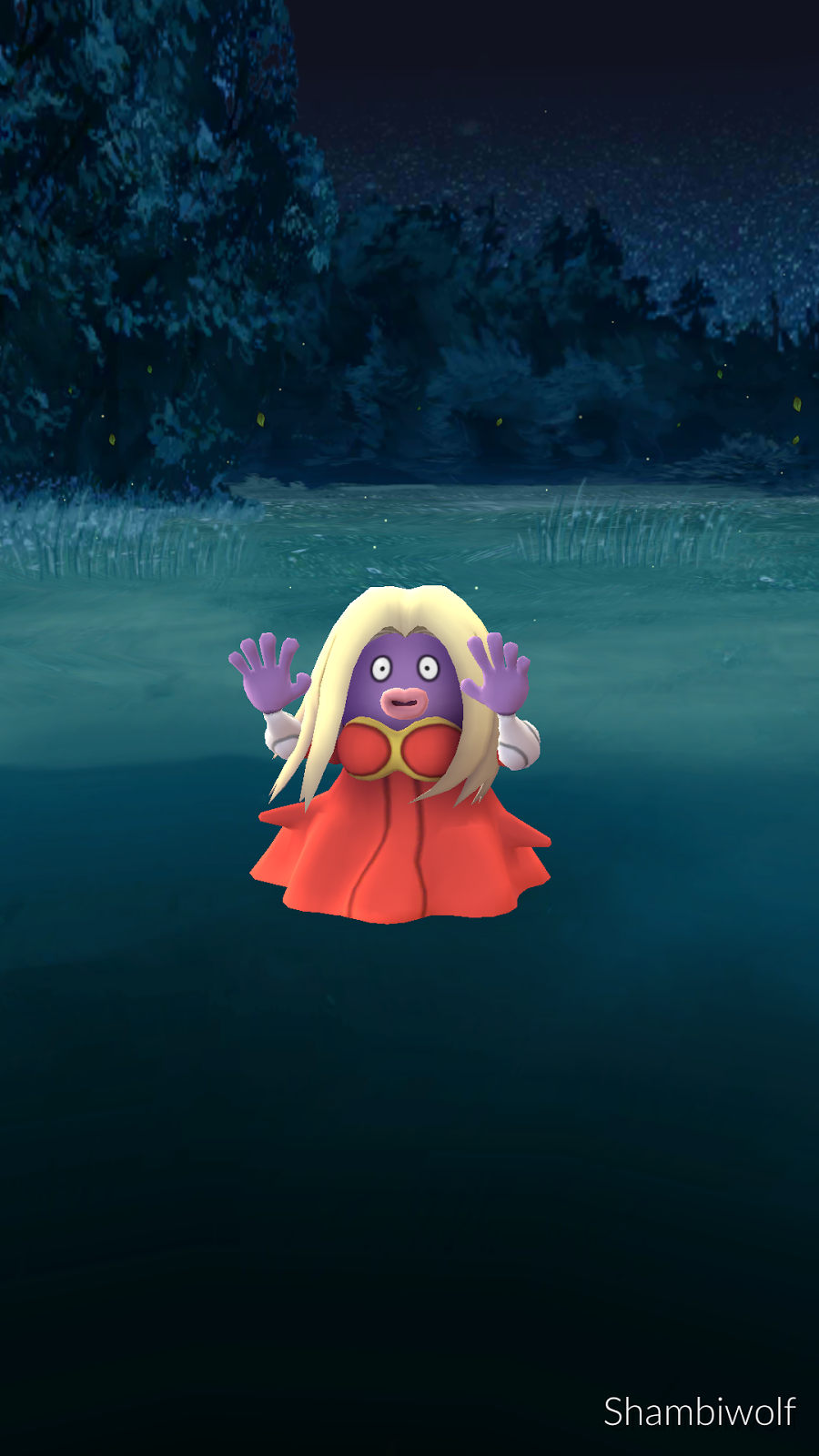 I love that you can turn off the actual world in the camera mode and have a VR world. 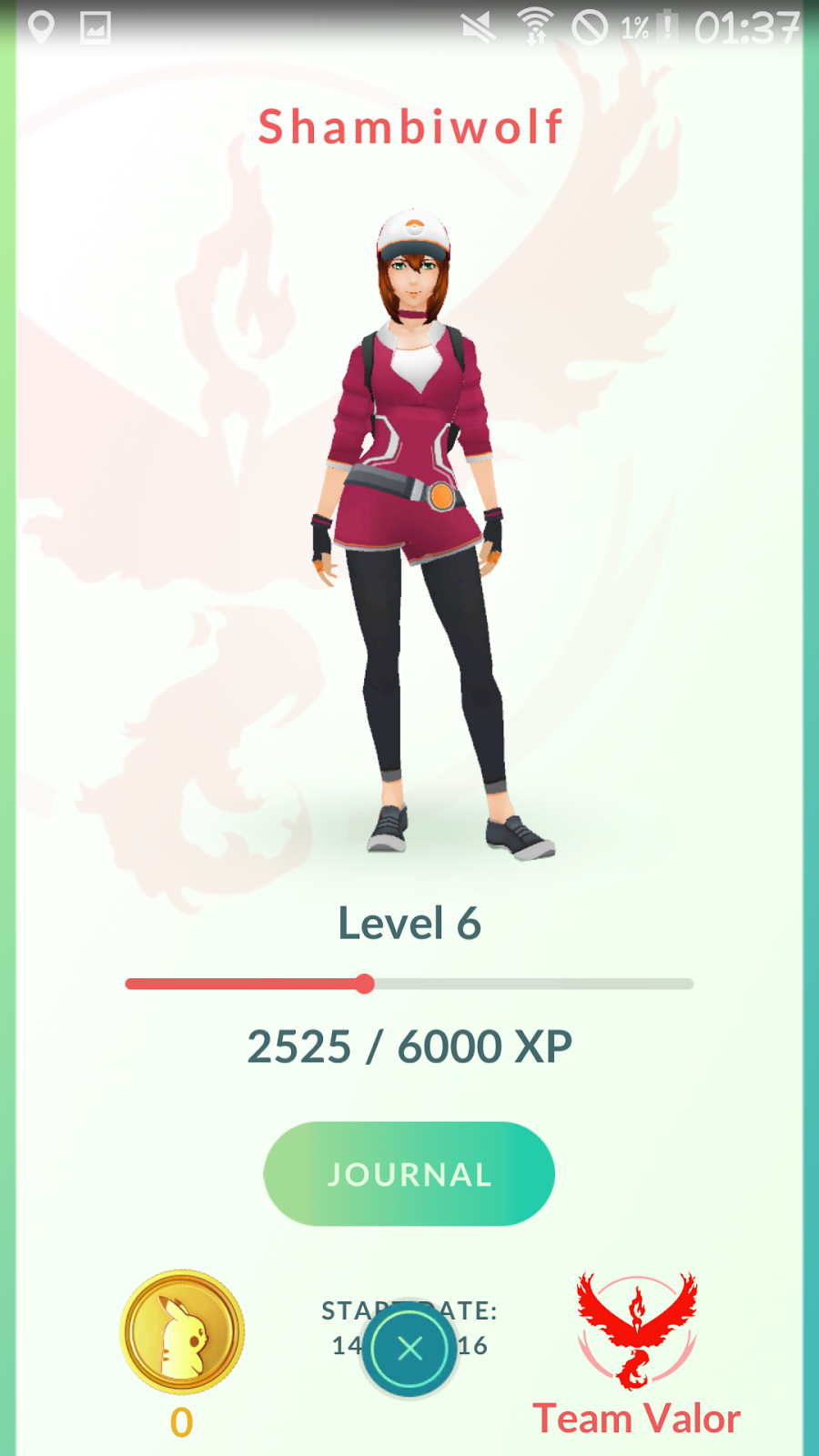 I also like that you can customise your little avatar – naturally I went for all red! Even Team Valour! 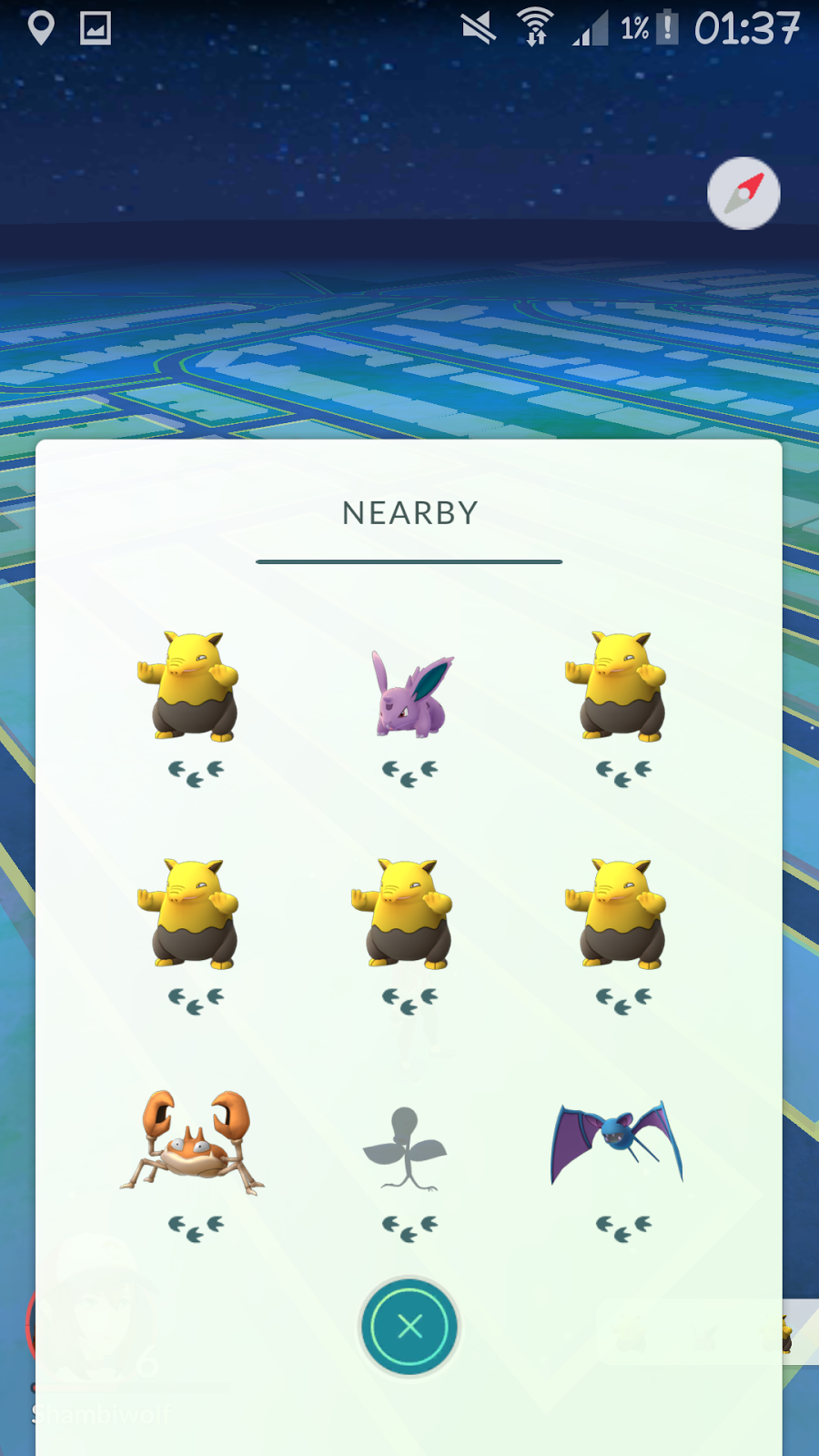 We’re all getting really competitive with finding pokemon and capturing them- coming up with elaborate plans to get more! We caught so many on our taxi ride home, one of us got them on his run and the other using the metro on the way to work!

Incubating the eggs also requires you to have walked a certain distance before they hatch, forcing the competitive people to do more exercise. This to me, is a really clever way to make us all fitter and interact with the game- in order to do better, you have to get out there! 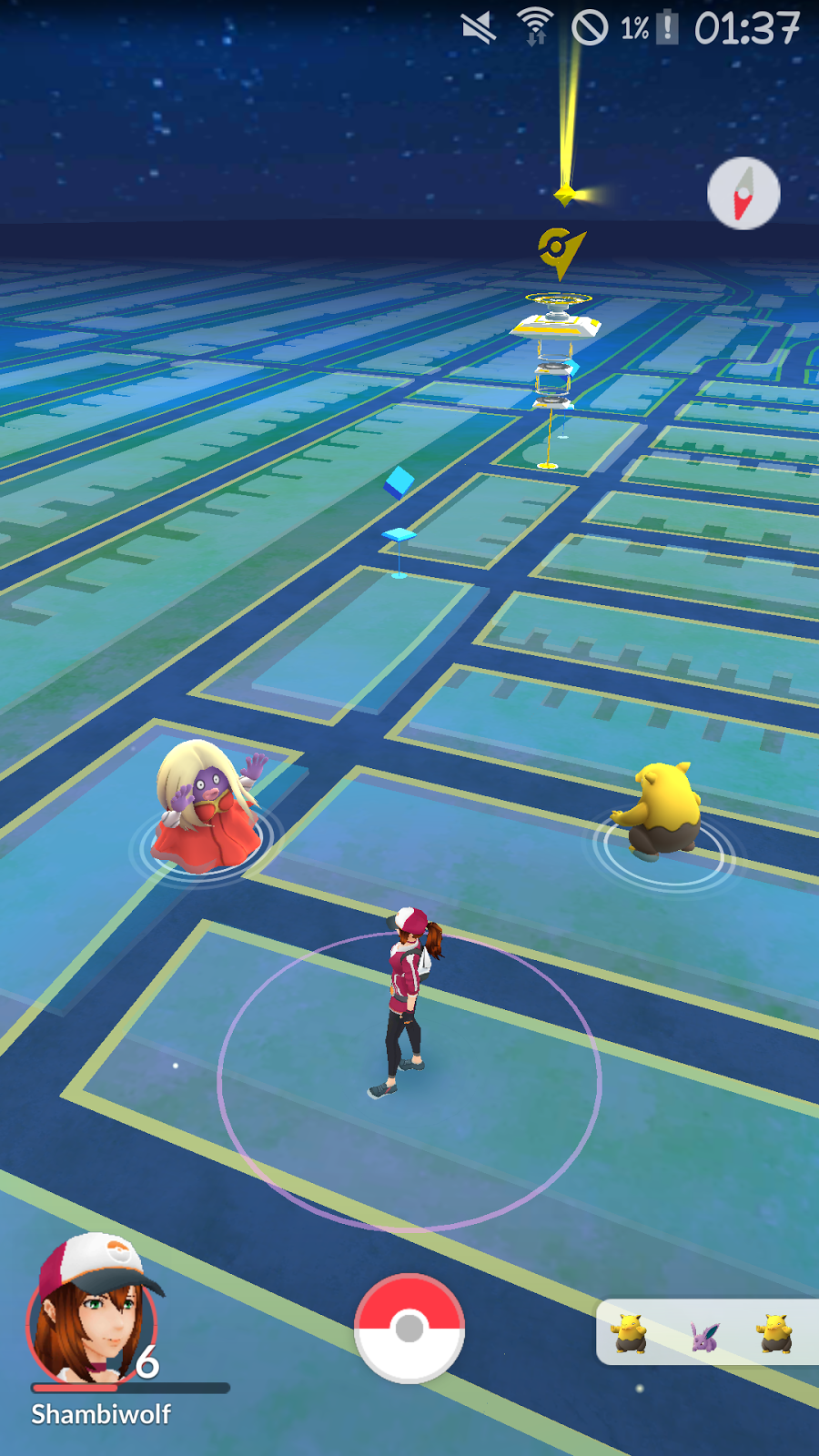 I love the fact that the map changes in the evening!

Despite all these positives- the game has a few things that need to happen!

2. Interact with the Pokemon a bit more– even though I get that the main point of Pokemon is to catch them and battle with them, it would be cool to have them as pets almost too that you can look after and play with!

4. Release of different sorts of pokeballs- it would make catching those hard to catch ones a little easier!

5. more short term goals– I really love the idea of having to walk to incubate eggs! It would be so cool to have small goals like these. Such as getting more pokeballs for walking distances!

7. It needs to be able to run in the background– this app drains my battery so much! We charged our portable chargers just to go out and get more. Having it be able to run in the background would be so handy and hopefully would be less of a strain on the battery. It would be great to get a notification letting you know theres a pokemon nearby, or a pokestop! You could maybe toggle what kind of notifications you’d like!

I’m really looking forward to upping my level, catching more and using it as an excuse to exercise! I can’t wait to write an update 🙂

Are you enjoying this new craze? What’s your favourite pokemon?