As a journalism student, I am studying a module called ‘re-thinking journalism’. This module is teaching us to think about digital activism and how new communication and technological changes are being used to drive political and social changes around the world.

“Actions performed via the Internet in support of a political or social cause but regarded as requiring little time or involvement, e.g. signing an online petition or joining a campaign group on a social media website.”

And whether slacktivism actually causes change. A lot of scholars argue that it does nothing, that it is actually the people on the ground who are the instigators of change.

I however, completely disagree and given the chance in future pieces of assessment work will do my best to show this. But this is my personal blog, not an academic essay. Here, I want to simply explain it in simple language from my own experiences and hope to bring a bit more discussion of the topic.

During my teens, (not so long ago but definitely over now!) I was lucky enough to have annual holidays to America. I was obsessed with the sun, theme parks and animals. Over the years, I visited Seaworld many times.

It was this mystical aquatic dreamland where I could get within metres of wonderful creatures like sealions, dolphins and orcas. As a child, I loved facts, learning as much as I can about every animal. I went through a phase of even wanting to be a marine biologist, so it was an absolute dream come true to be able to visit a place like it.

The parks were huge, bright and filled with plenty of people. Everything was done with typical American ‘the customer is always right’ vigour, even the flower beds were brighter and more exuberant than anything you’d get in a theme park over here.

The sky was always blue and the pools gleamed and the animals seemed at ease. I remember staring for ages at turtles and terrapins just relaxing, enjoying the sun. We’d wander for hours, taking plenty of photos and enjoying the massive helpings in the restaurants.

That evening my Uncle grabbed me and hurried me across to the stadium for their late night show. The orcas and their trainers would perform to music, with a bright, colourful screen and lights. A wonderful hurrah to end the day, and to walk back to the car, still buzzing about.

It was spectacular. Loud, bright and breath-taking.

I was always slightly pleased to say I had been there. It was exciting, a place a lot of people I knew said they had wished they had been able to visit.

I went back years later. Whilst at school I had become a person who was involved in animal rights; things more close to home. An avid anti-fox hunter campaigner and I would try to help out with animals as often as I could. I did my best to bring animals into my back yard and to donate to animal charities. I began preparing for a career in Animal Law but more recently I have found that I want to use my journalism to pursue animal rights.

When I returned, I spent ages outside the orcas relaxation tank. I had become more switched on thanks to social media about animal rights and the campaigns that were spreading online. As unbelievable as it was to be on the other side of the glass to this majestic animal, it felt wrong.

I listened to the tour guide who said that this particular orca was relaxing in the time-out pool because it wasn’t in the mood to perform.  I felt so sad. Hearing the words ‘pool‘ ‘perform‘. I immediately thought why should it have to perform?!

Hearing ‘Pool’ it reminded me of my time as a swimmer. The size of me in relation to a swimming pool was plenty of space for me to swim about, practise my strokes and focus on my fitness. But not for this orca. It’s nothing compared to the wild. I thought about it in human terms, to be left in a room the size of a swimming pool? For the rest of my life?

When there is the whole world out there to see, explore, the people I could meet, the experiences I could have? I know orcas are not human. But a lot of scientific evidence shows us that they have a huge emotional range for an animal and they do live for years. Imagine all the places these animals go in the wild.

That’s why I was so pleased to hear of the documentary ‘Blackfish‘. I watched it, shared it and told so many people about it. I vowed to not return to Seaworld.After learning what I learnt about Seaworld in the documentary, I started to feel guilty over my memories of visiting the place so many times. However, I can’t change that, I can only change the future. So these memories are more about family time, and family holiday memories. 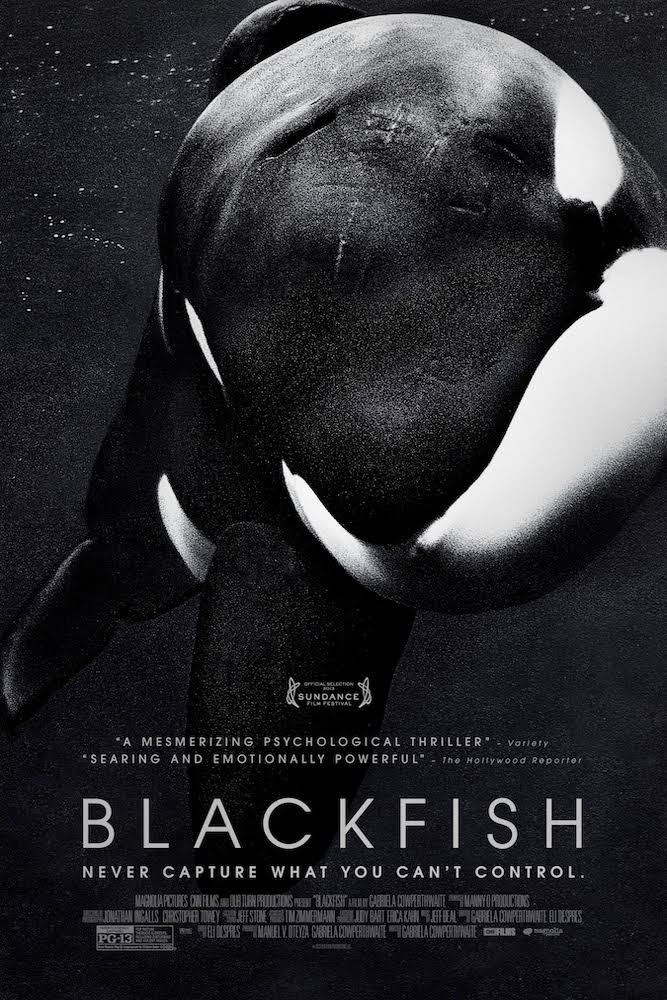 This documentary has begun a cascade of online ‘slacktivism’. It snowballed since its release and has resulted in people all over the world boycotting Seaworld, online campaigning, signing petitions and sharing the cause. These are wild animals, not pets. An animal almost as intelligent as us and just as emotive in some ways, deserves to live a wild life. A natural life.

This post was inspired by reading this article about future plans for Seaworld and the good that has come from such a documentary and campaigning. I’m very pleased that a further positive step has been taken towards better environments for the animals and a ban on breeding and hopefully one day will end the presence of Orcas in theme parks.

UPDATE:
I came back to this post as I had to write about it before I burst!
Earlier in the post I stated that many scholars believe that online slactivism does nothing.

However, we do live in a digital age now. Online representations of yourself and your company mean everything. One bad review can start to turn people away from you. And that is exactly what has happened with Seaworld.

Multiple public appeals and social media coverage and activism has turned the public perception against the idea of keeping orcas in captivity to perform and has created such bad press for Seaworld that they have had to change how their parks work!

Seaworld will begin phasing out the controversial orca shows from its parks!


I read this  and i’m so pleased that online activism has helped to snowball the appeal against Seaworld.


WATCH: This SeaWorld announcement may surprise you…
Posted by SeaWorld on Thursday, 17 March 2016

I am so pleased right now and I hope that this is a step in the right direction for other parks to follow suit!