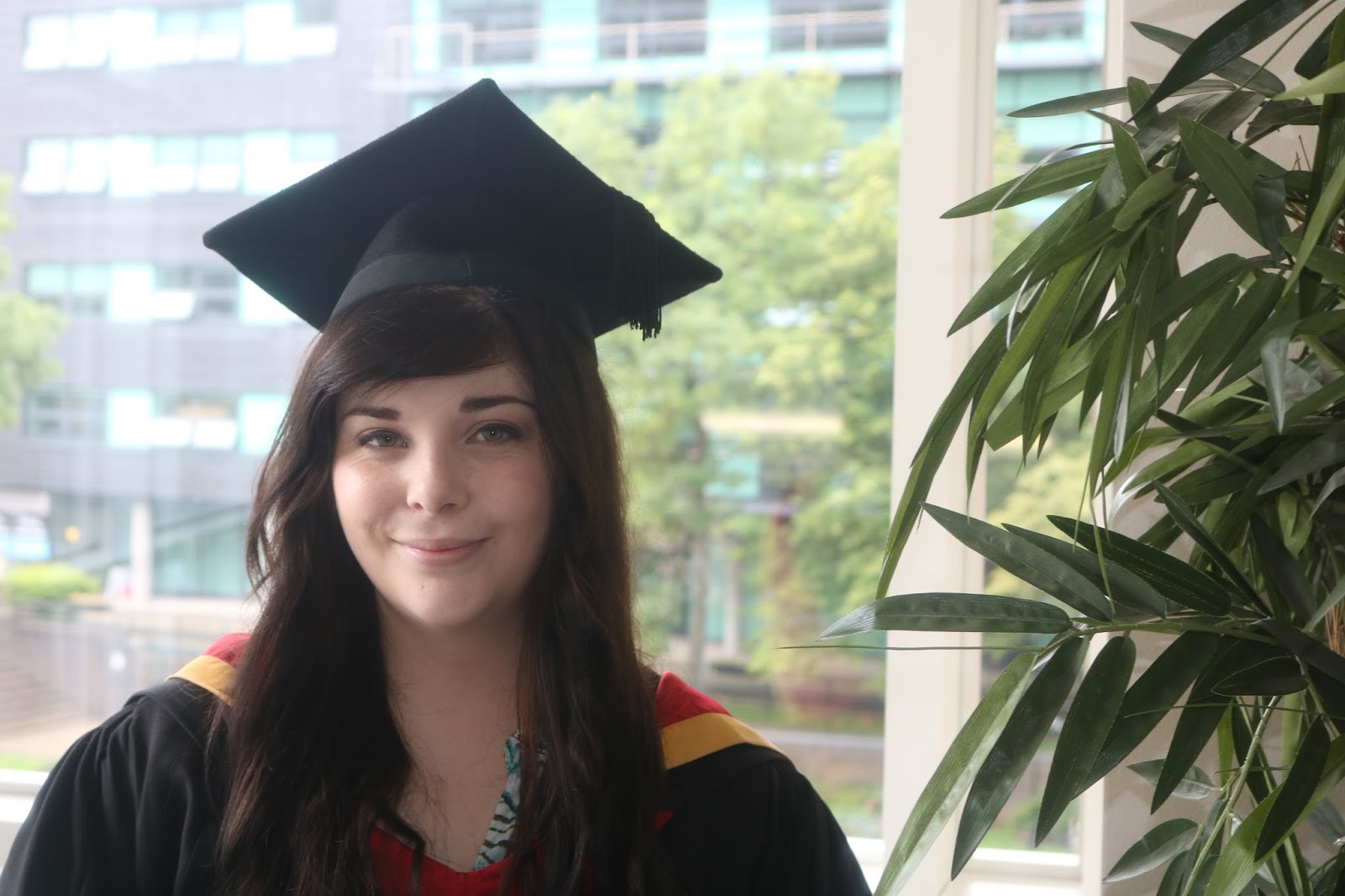 I’m back! I’ve taken a really long hiatus on this blog just whilst I finish up university. After all the stress of third year and hand-ins I needed some time to figure out a few things and just to breathe. I also definitely lost my blogging mojo and I completely blame that on the fact that blogging is now an industry/job. (more on that later!)

But let’s get back to the exciting news!! I  AM FINALLY A GRADUATE!

On Monday I graduated from Northumbria with BA (honours) in Media and Journalism and I am honestly so proud of myself. 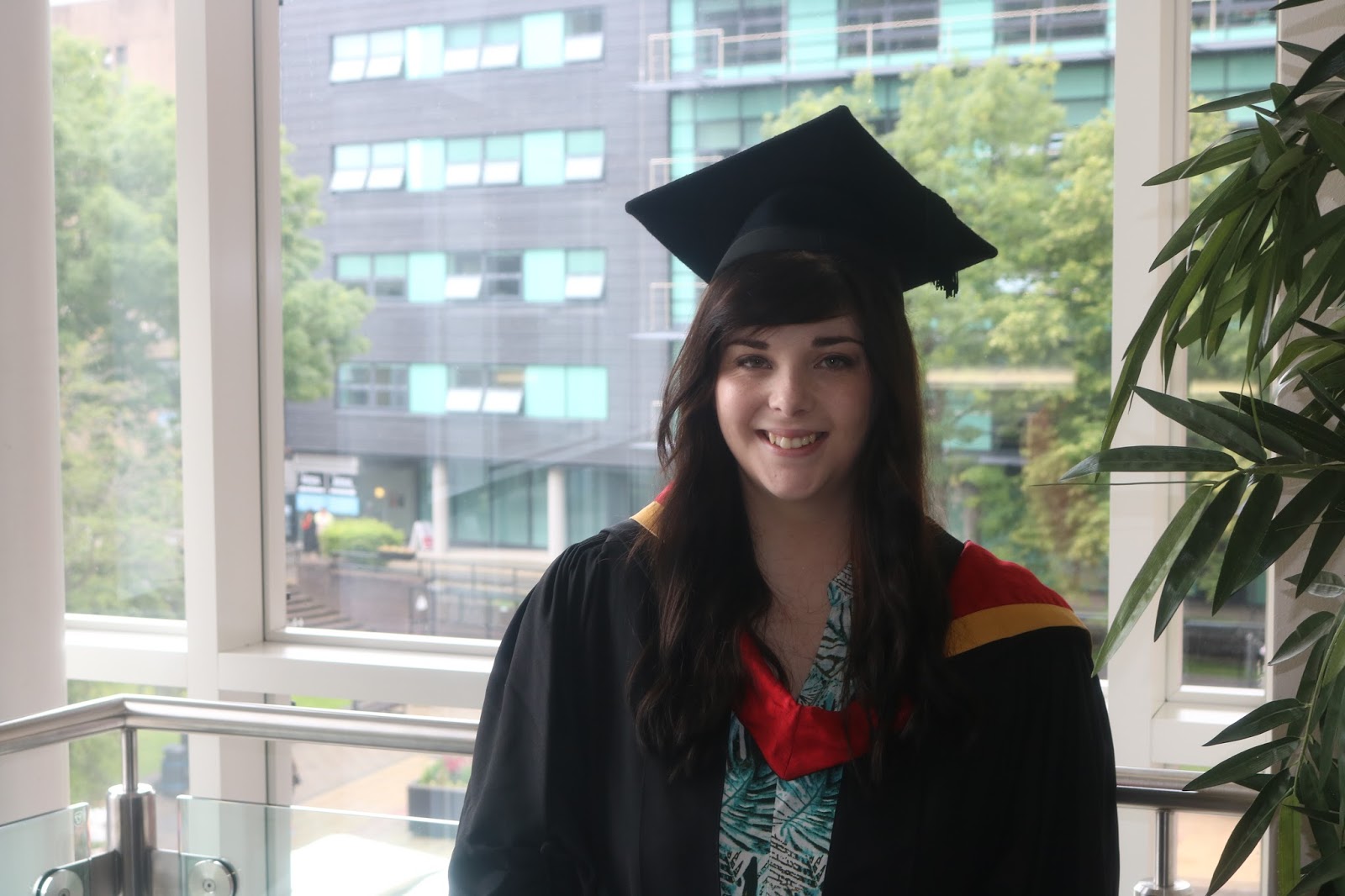 On Sunday, my parents came up from Reading and we headed out for dinner with Rob. This little trip was a bit of an intense couple of days due to the graduation and it was also the first time they were meeting Rob! Glad to say that it all went well and everyone got on like a house on fire!

We headed to our family favourite, Pizza Express for dinner. It’s a sort of tradition that all good news gets celebrated there and I’ve been there for many birthdays and results days over the years so it made sense as our choice for my graduation dinner!

After dinner, I took my parents to see the pub where I work so they could see it. With my parents living at the other end of the country, a lot of the details I tell them about my life exist only in phone calls and I wanted them to see it. It’s a gorgeous old pub with a record player and I knew for a fact my parents would like it! 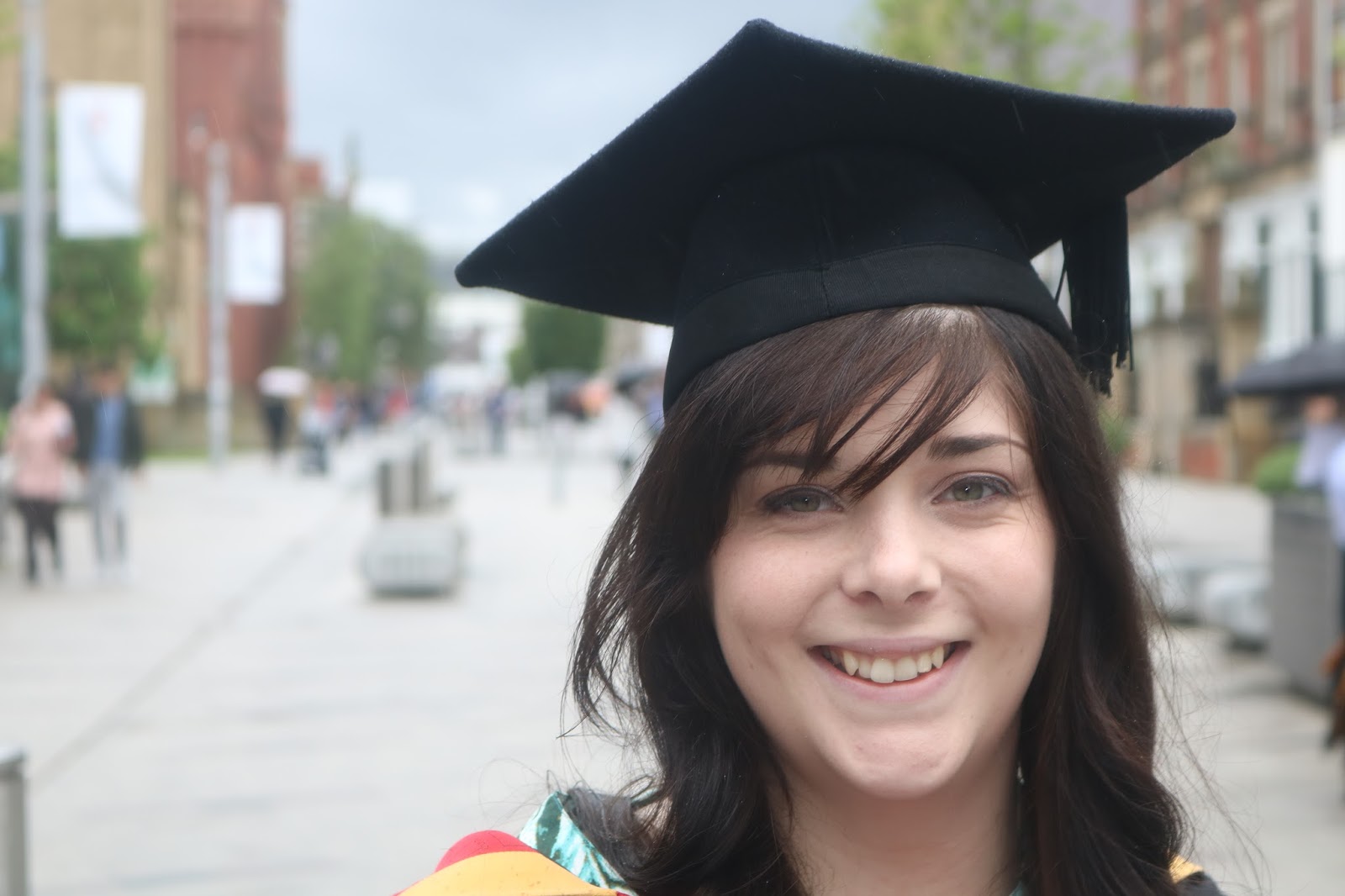 On the morning of graduation, I was so nervous. I get really bad stage fright and I’m naturally quite shy. I curled my hair myself but got my nails done in a shiny rose gold (which I think went quite nicely with my shoes!).

Graduation itself was a blur. Because of the bad weather ( of course it would rain on my graduation!) there were hundreds of people crammed into the uni restaurant in between ceremonies. It also meant that getting decent photos of the day was a bit of a struggle! Rob and I ducked out every time the rain stopped to find places around campus and to be honest, I quite like the ones we got!

When 4pm rolled around it was my turn to graduate. I was so nervous sitting in my seat and in the line but it took not even a few seconds to hear my name called out, cross the stage and shake the chancellors hand and away down the ramp!

Rob and my parents were sitting at the end of it, so I purposely didn’t look up at them in case I tripped. Sitting back down in my seat, I had such an adrenaline rush… it was over. I’d done it! I didn’t trip and I was now officially a graduate! 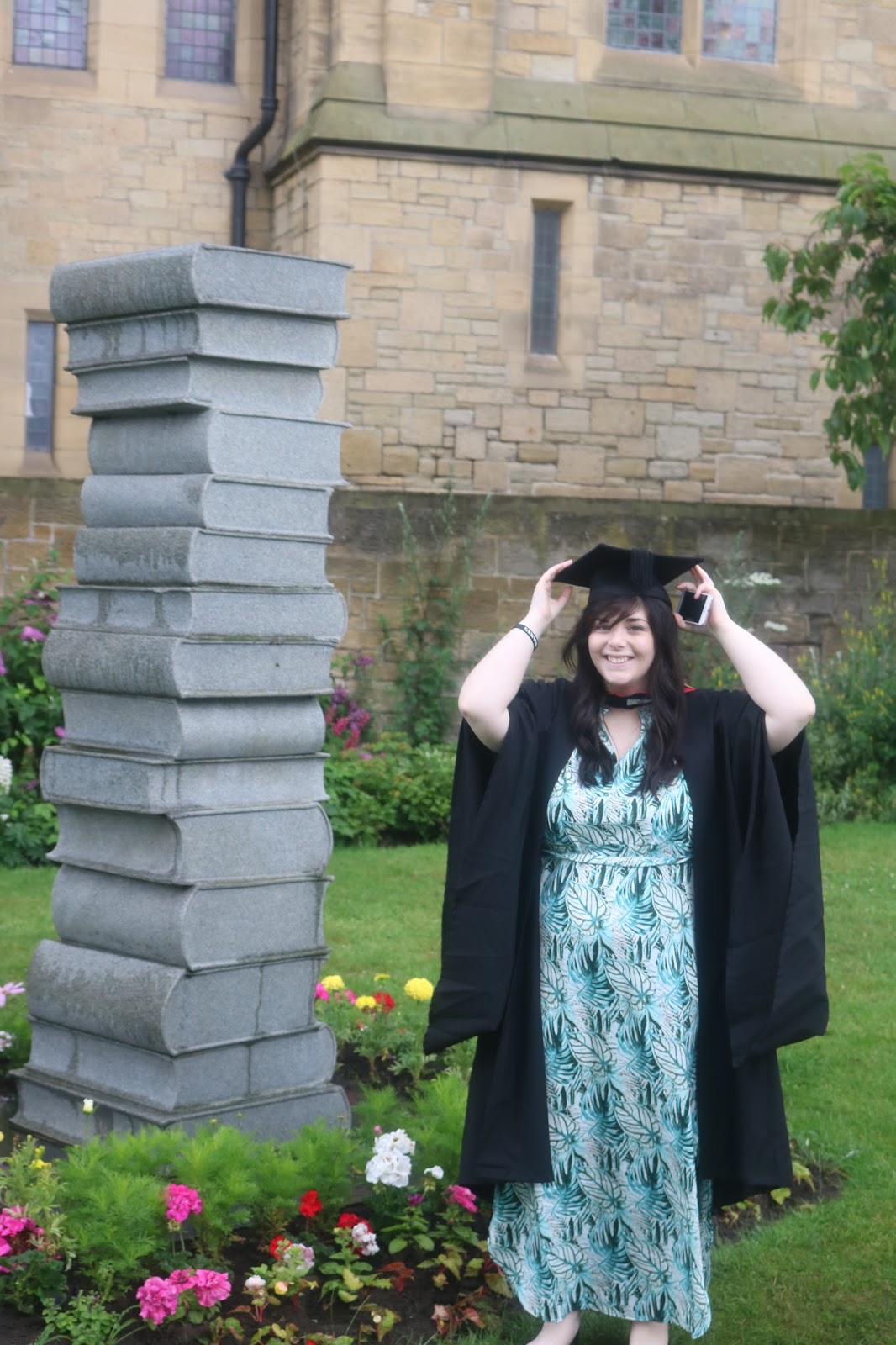 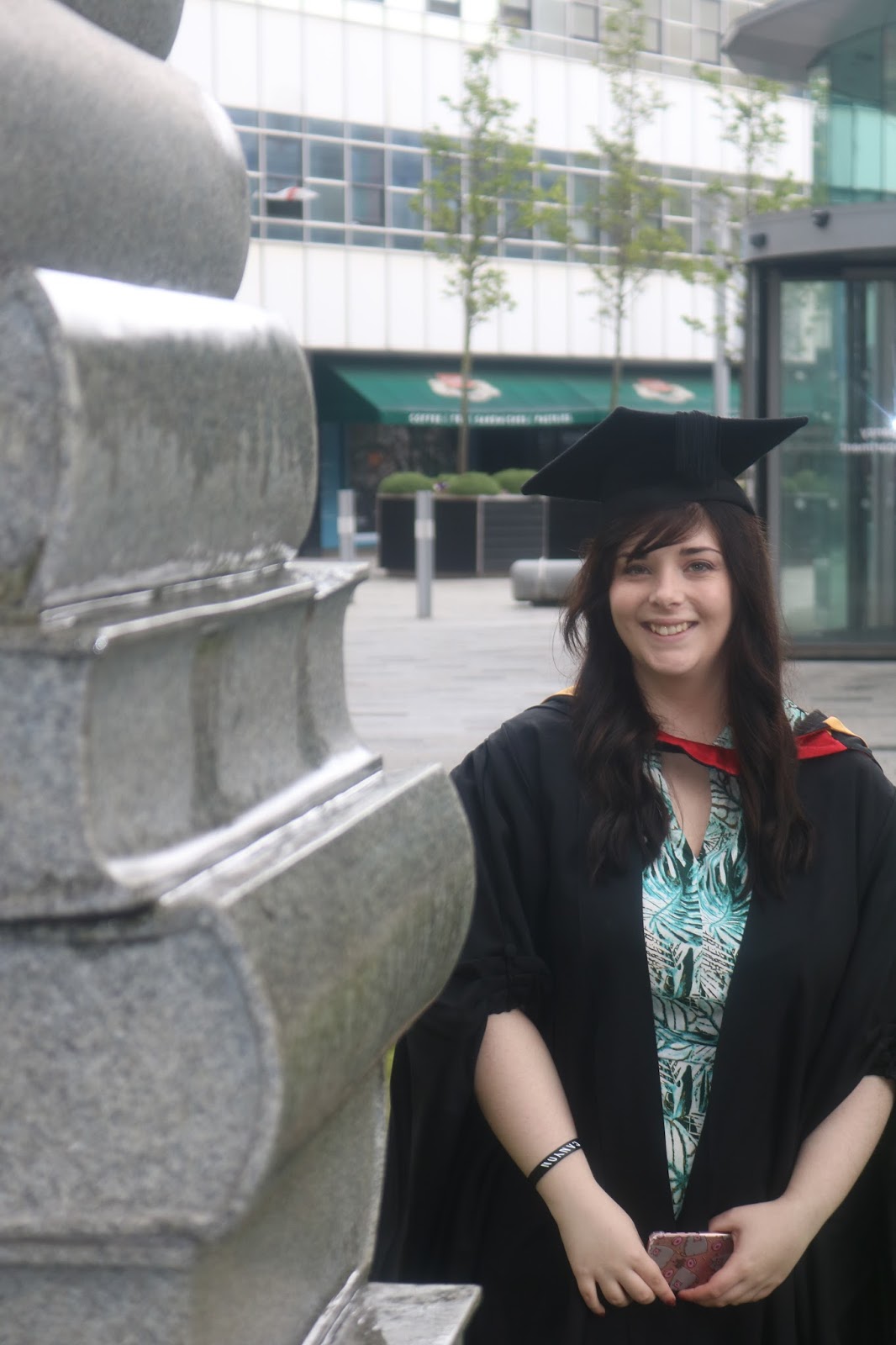 During the ceremony itself I had a wee bit of a teary moment which I tried to hide. Our chancellor gave a funny speech on we should just let our parents preen us and take as many photos as they want, especially our mothers. We weren’t going to outrun them today!

It was funny but it made me a little sad as up until that point I hadn’t even thought that my mum wasn’t there. It meant so much that my parents came up from the other end of the country, but of course, there’s still that feeling that someone is missing.

Her speech was then followed by asking the graduates to stand up and scream and shout to show support for our families who had supported us throughout our degree. For me, this was a really intense little moment where I realised my mum wasn’t here but I had my aunty and uncle. 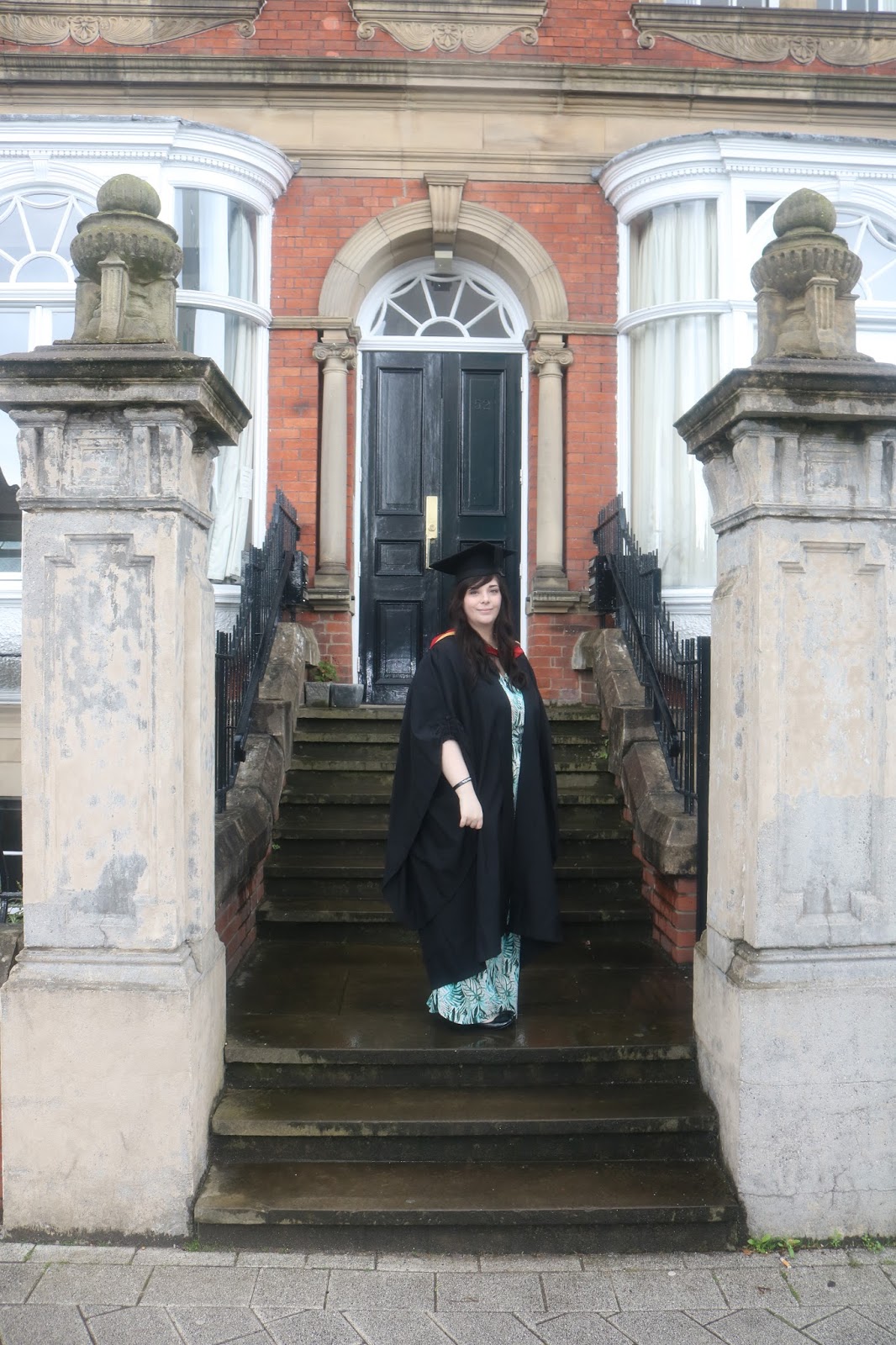 For those of you who may not know this, they adopted me when I was five. My mum had serious health issues and it seemed best that they looked after me. 18 years later, and I’m still theirs. I felt so emotional realising that we had done it as a family- this degree wasn’t just mine it was ours.

I’m the second person in my family to get a degree after my aunty and it was something that they promised my mum. They promised to give me the best of everything they could and that they would help me do well in life. It felt like we had achieved such a milestone as a family but also as a team. I felt so proud that I had done it myself but to know that we did exactly what we promised my mum, made it that much better. 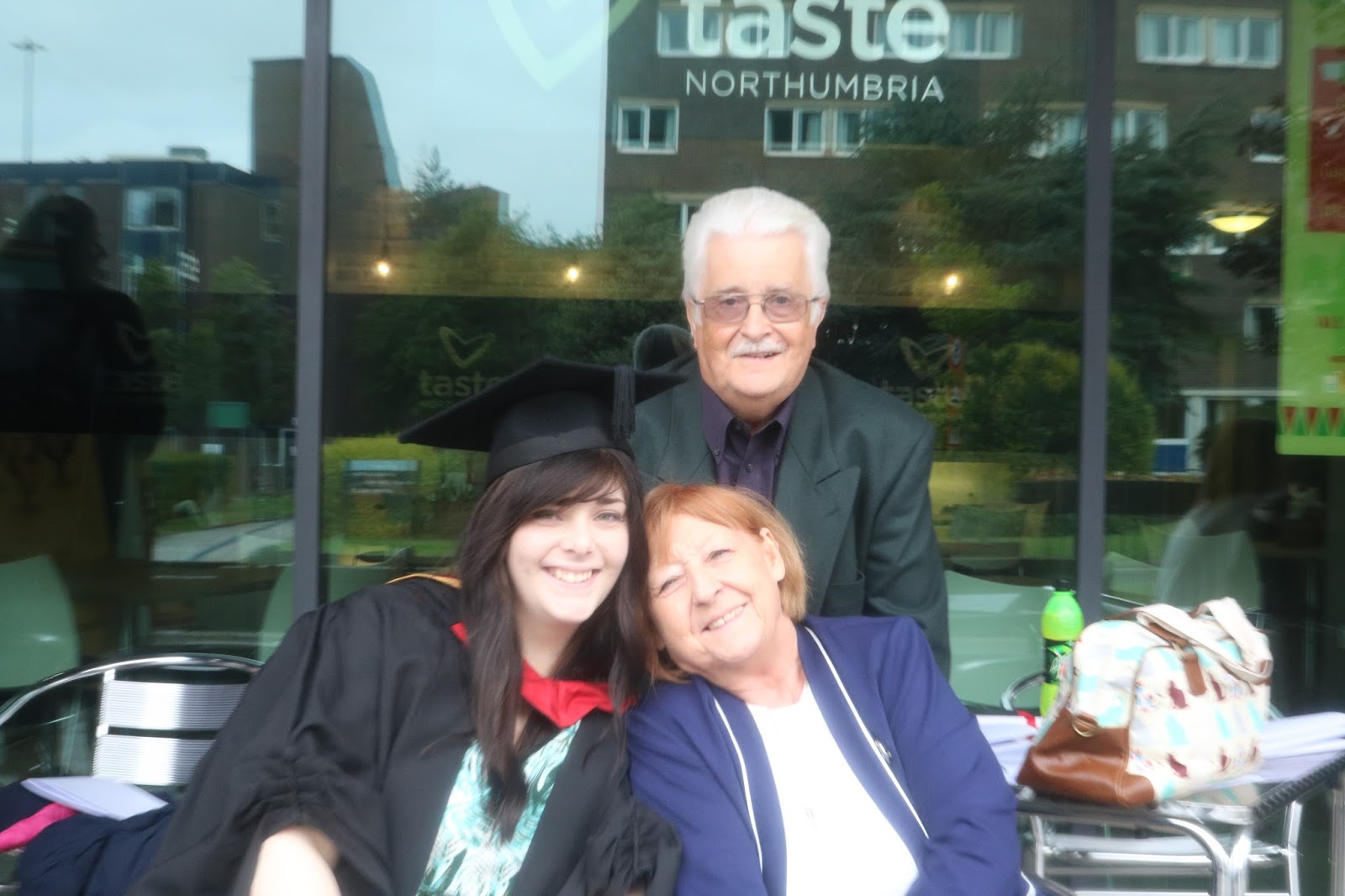 After the ceremony I handed my gown back in and my parents headed off for their hotel.

Rob and I headed back to mine and got changed asap, neither of us particularly enjoy being dressed formally! We then headed out for dinner to Lau’s 202 which is an amazing asian buffet in town!

On a final note, I can’t believe how proud I am of myself. It took me 5 years and switching degree twice before I found something I loved and could push myself to work hard in. A couple of amazing internships and awesome voluntary experiences later, I am now a graduate. 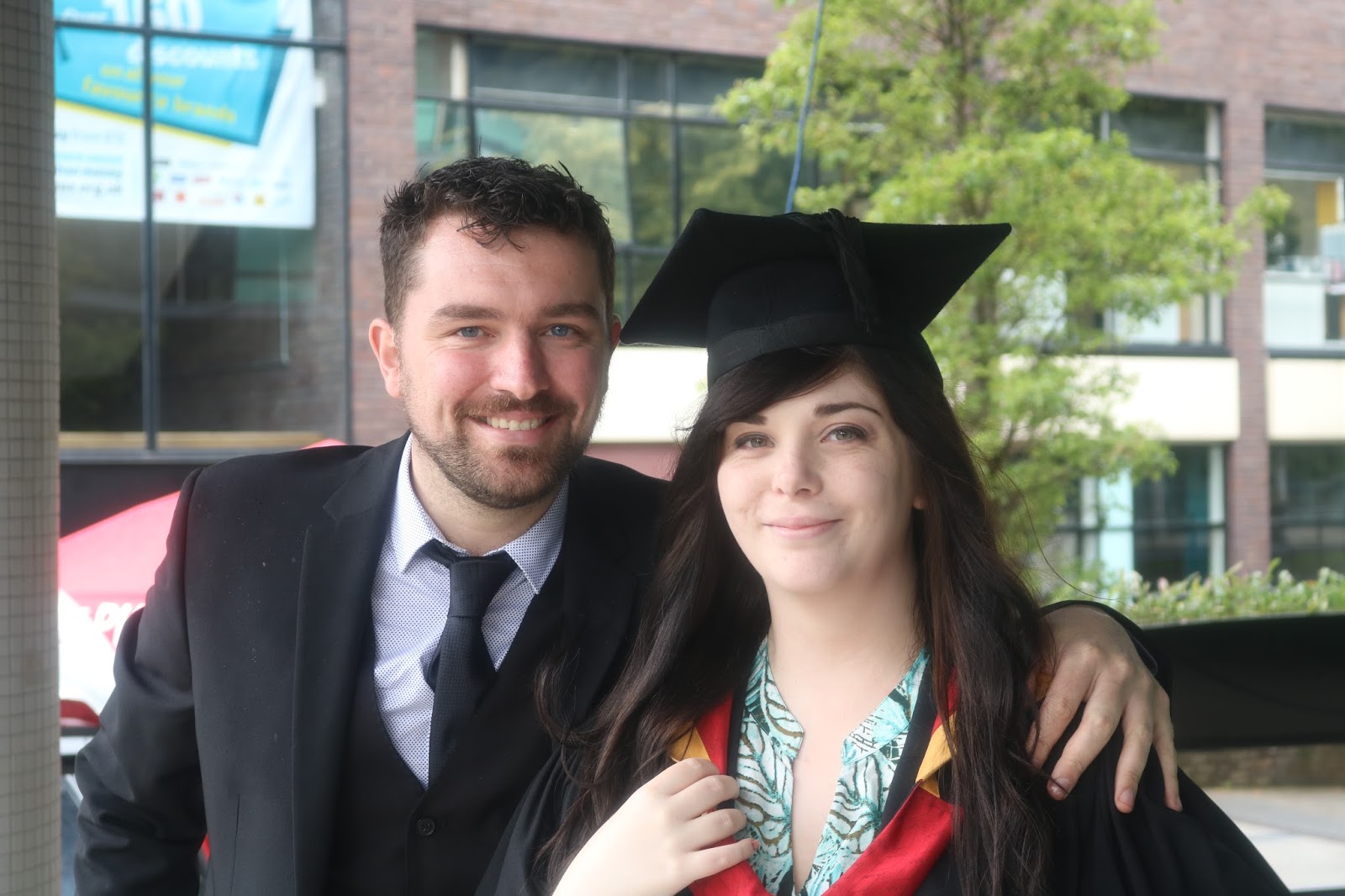 But my final thanks has to go to Rob- who basically got me through the stress of 3rd year. My final year project magazine wouldn’t have existed if it wasn’t for his help with the local cycling community and his listening to my rants about lecturers, software issues and deadline stresses. He was my photographer, second pair of eyes, shoulder to cry on and stress helper- thank you!

I can’t believe this part of my life is over. Well, for now maybe. I’ve not completely ruled out further study for perhaps a masters or what route I want to go down just yet but I would love to come back and do it all again.

Northumbria you were amazing and I am so sad to be leaving such a wonderful campus and lifestyle behind but the adult world calls!