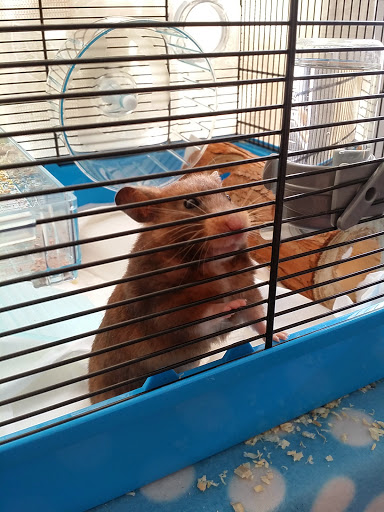 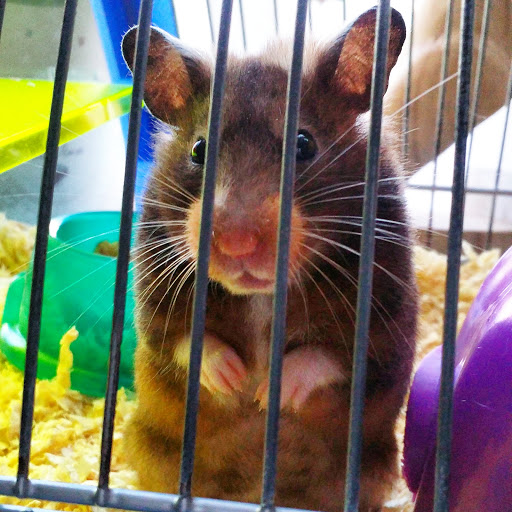 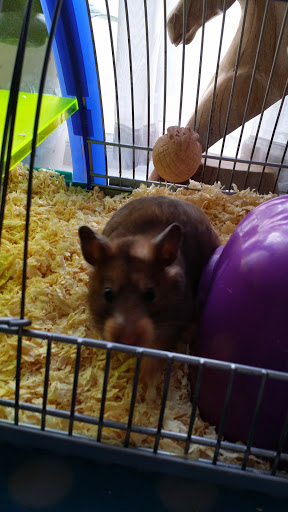 On Sunday, I had no idea by the end of the day I would have a pet hamster. But, I had a look on gumtree and decided it was time to get a new one! Within a couple of hours she had been dropped off! Originally called Melody and just about a year old, she was already used to being handled.

I bought her a new cage and ball- and she roams around my room whilst I revise.
She’s currently doing a lap whilst I watch the walking dead. I’d never really watched it before but I intend to stick through to the end! She seemed to be quite the fan- sitting fairly still on my bed when I first put it on!

I named her Pam after Pam from the American Office. Because of this, i’m forever quoting Michael Scott at her, – her full name technically should be Pamela Morgan Beesly, but i’m making it Pamalamadingdong ( american office watchers will hopefully get me) I’ve been grooming her with a spare toothbrush and she loves it :3